The new Olympus OM-D E-M1X is being billed as Olympus’ new fast action sports and wildlife camera. So, photographer Matt Higgs took one out for a spin in the snowy Bavarian Forest national park in Germany to see how well it handled photographing wolves, lynx and various other wildlife.

In this video, Matt walks us through the features of the camera, how to use them, and the images he created on his trip while using the camera along with Olympus M.Zuiko 300mm f/4 IS Pro lens.

The Olympus OM-D E-M1X, like all the rest of the Olympus lineup, is a Micro Four Thirds camera. As such, it has a 2x crop factor, offering a full frame field of view equivalent to double whatever focal length you use. So, the M.Zuiko 300mm Matt uses in this video offers the same field of view as a 600mm lens on a full frame DSLR or mirrorless camera.

As you can see, for this kind of reach, despite the somewhat large size of the camera body with the built-in vertical grip, it’s still a very lightweight combo. You certainly wouldn’t be able to hold a 600mm lens on a full frame camera this easily. 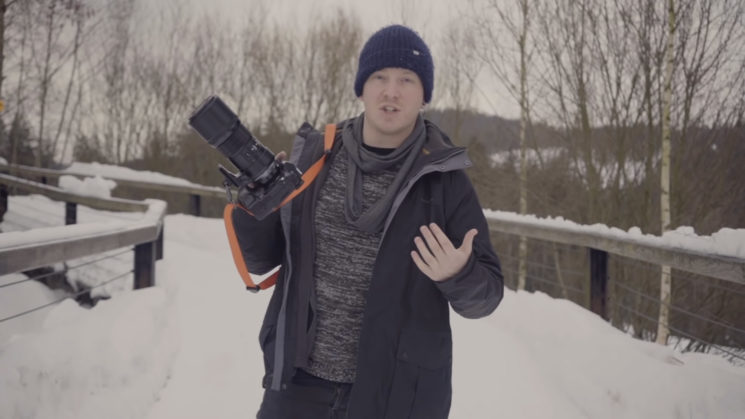 While flagship models from other manufacturers like the Sony A9, Nikon D5 and Canon 1DX II all have their own unique benefits over the competition, this weight saving is a huge advantage of the Micro Four Thirds system for this kind of work where you could be walking for hours with your kit to find that elusive subject in the wilderness.

To help fight the shutter speeds required with such a focal length on a 2x crop, the E-M1X features a 5-axis IS system offering up to 7.5 stops of image stabilisation when used in conjunction with an IS lens. This allows you to shoot that 300mm lens rock steady (in theory) almost down to around 1/5th of a second.

The autofocus on the E-M1X offers the same 121 focus points of the Olympus OM-D E-M1 Mark II but improves on its speed and accuracy with a new AI subject detection autofocus system. Two multi-selector joysticks on the camera allow you to quickly change the point of focus manually, too. The subject recognition so far is mainly geared towards sports, but I’m sure updates will come in the future to allow it to more easily detect certain types of animal. Although it doesn’t seem to struggle too much with the lynx and wolves Matt was pointing it at. 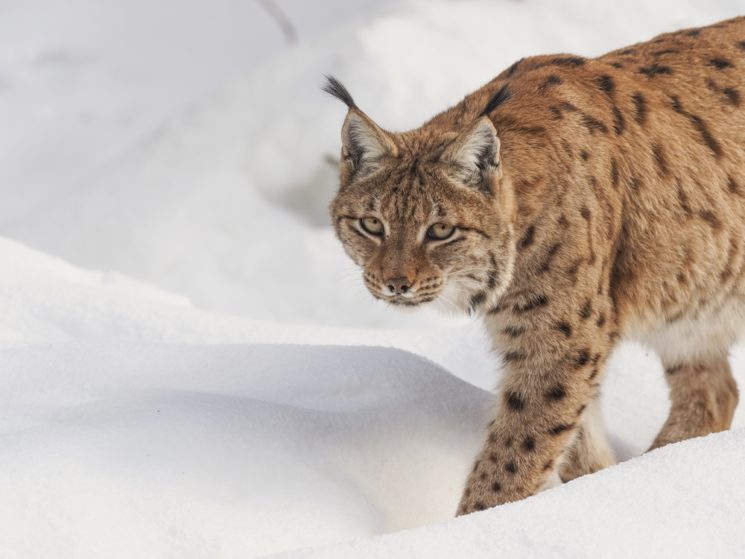 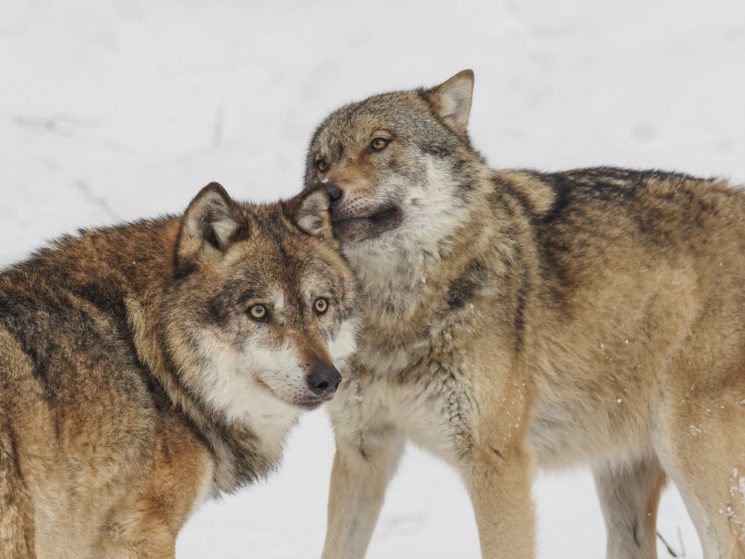 The E-M1X also offers some pretty cool compositing features. Like the E-M1 Mark II, it has a high-resolution mode, which takes multiple images with the sensor shifted very slightly between each one, and then composites them together to create a huge 80-megapixel image. But what’s new to the E-M1X is a 50-megapixel handheld version of this feature. It’s able to counteract camera shake and shift the sensor, to produce that high-resolution final image. 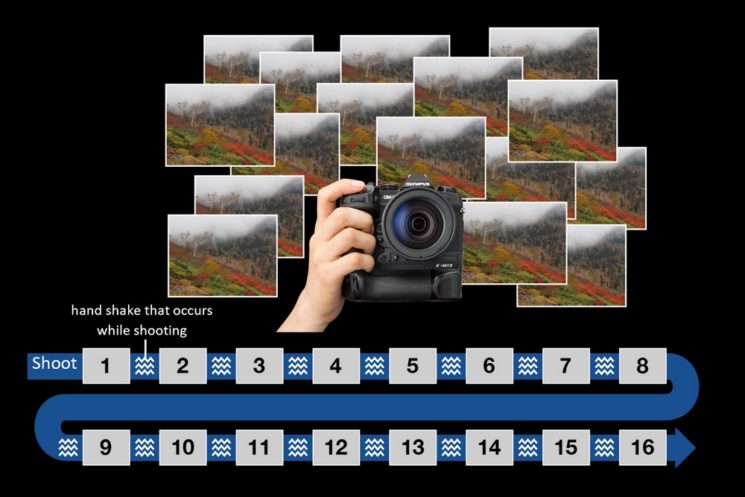 It’s not quite the same as handheld shooting with a true 50-megapixel camera, like the Canon EOS 5DSR. It takes time for the E-M1X to shoot this series of images, so it won’t be ideal for moving subjects or freezing fast action. But, if you’re out in an amazing location and you want to shoot some nice high-resolution landscapes, environmentals, products, or still lifes, for example, it’s a great option to have – especially shooting handheld.

Another compositing feature is the new Live ND which simulates slow shutter speed effects. Offering the equivalent of up to 5 stops of neutral density, the camera again takes a series of images over a set period of time, and then composites them together, giving the impression that the image was created using neutral density filters over your lens. I’m curious to see how this compares in the real world to actually using a neutral density filter vs doing the same compositing trick manually in Photoshop with any other camera.

Overall, it looks to be a very impressive camera, and even as somebody who usually shoots Canon, Matt seems quite impressed by it. Whether it will meet your needs is up to you and what those needs are. But, if you’re a Micro Four Thirds shooter, I don’t think there’s much else out there in that sensor format to touch it for this kind of work.

You can read more of Matt’s impressions and some of the images he shot with it over on the LCE website.

« How to photograph dangerous animals from up close without approaching them
The Rhino Motion Kit is not cheap, but it’s one heck of a motorized slider »