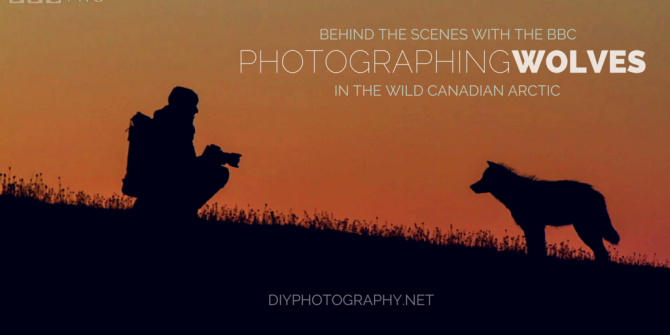 As soon as photographer, Gordon Buchanan, and the BBC film crew approached Ellesmere Island, deep in the Canadian Arctic, via a helicopter, the team knew they were in store for a something special. As the helicopter began landing, a pack of wolves began approaching the aircraft, propelllers still whirring, as the wild animals curiously investigated the crew and cameramen. They expected the wolves, whom most likely have never had a single interaction with a human, to be curious, but they never expected how quickly the wolves would adapt to human presence, much less allow the photographer to be in such close contact with them.

The crew brought along a remote controlled “rock crawler” which allowed them to drive a remote camera within close proximity of the wolves. Not wanting to overstep their boundaries too early, Buchanan used the device as a means of gaining the trust of the wolves. Before long, the wolves entirely accepted the film crew, which opened up all new possibilities to photograph them.

How I shot a witch doctor surrounded by wolves