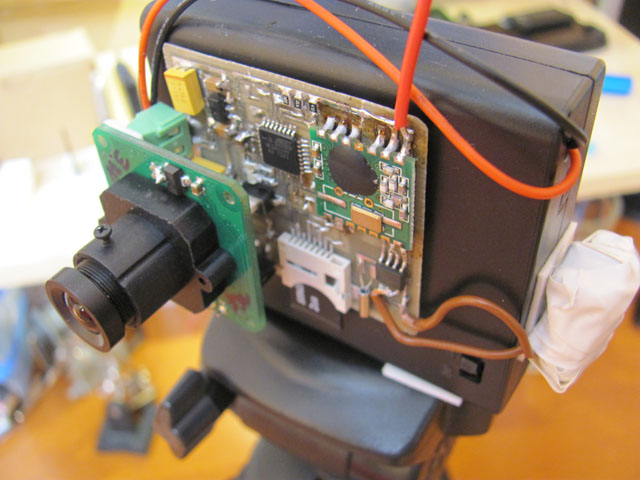 Sometimes small projects go out of control. This is what happened to youtuber val3tra. He started a small project to capture low res, low cost, low footprint but long spanning time lapse movies. And what started as a small personal project became a full open-sourced endeavor.

This fist size camera can run for an entire year capturing 48k photos once an hour. The camera itself is an easy build, it’s built around a small jpeg camera available on eBay. It is a small camera at 640×480 resolution, with a 1/3″ sensor. The relatively big sensor allows for reasonable night time shooting.

The full schematics and BOM are available on the project site, and final software should be released soon. It is pretty interesting to look at the numbers coming from the camera:

That means that: “On 4 D cells that would be around 50000 frames – at one frame every 10 minutes it will run for a year, at one per minute – for a month. The intent is to set it and leave it be, coming back once a year“.

Here is a 1 day time lapse demoing the capabilities of the camera:

Of course achieving such small form factors and long run durations are not trivial. One issue to deal with is weather conditions as val3tra plans to use it in the Russian winter. Another issue is that no matter how strong the batteries are they have a self discharge rate that impacts performance. 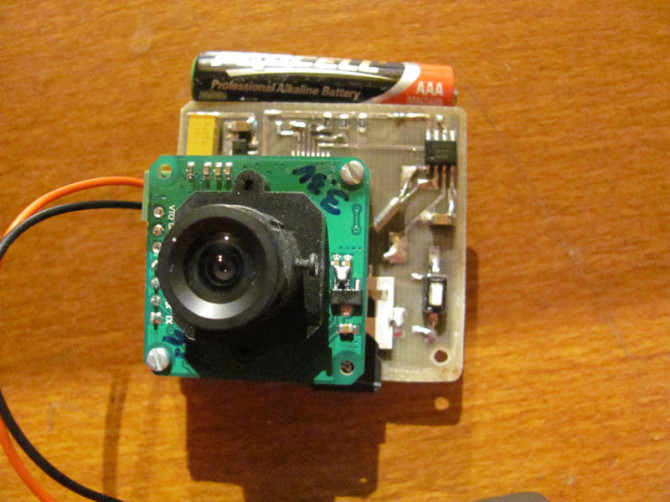 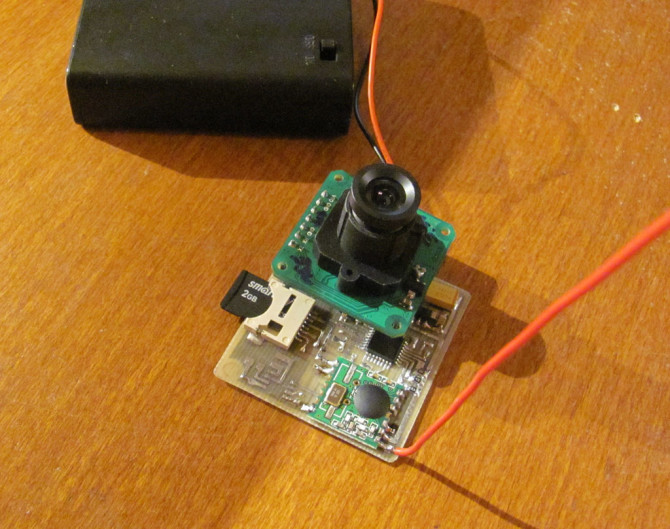 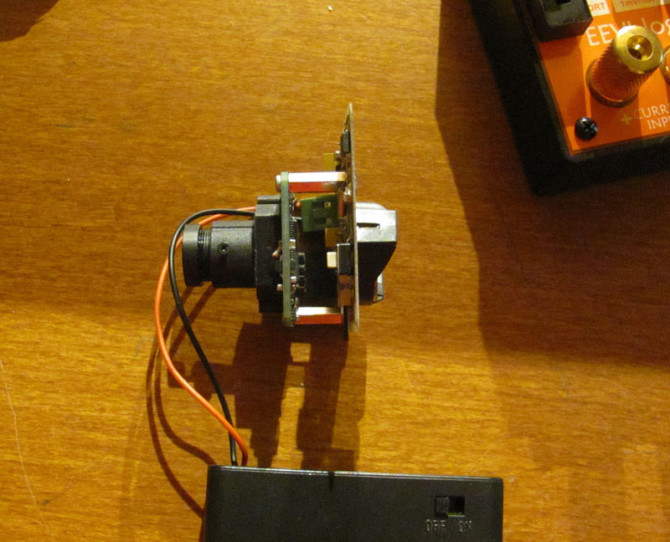