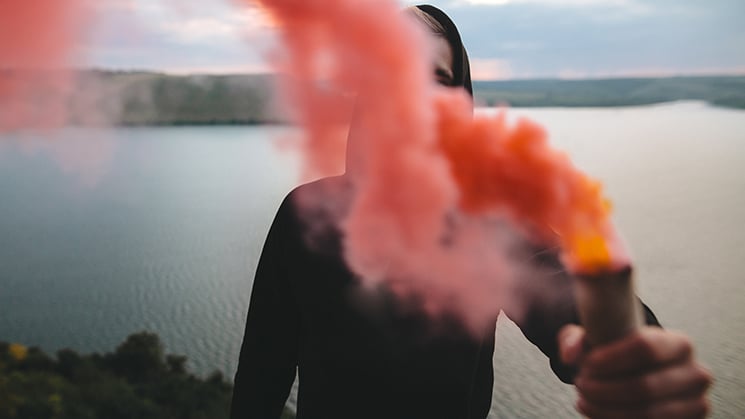 There are multiple wildfires burning in California right now. The one in El Dorado, burning near Oak Glen in San Bernardino County, was reportedly caused by a smoke bomb. Cal Fire confirmed in a press release that the fire was caused at a gender reveal party, and it has burned over 12,000 acres so far.

According to the Cal Fire San Bernardino Unit, the El Dorado Fire was caused by “a smoke generating pyrotechnic device.” The fire started on Saturday at the El Dorado Ranch Park in Yucaipa, spreading from the park north on to Yucaipa Ridge.

As I mentioned, the smoke bomb that reportedly started the fire was used at a gender reveal party. CNN reports about a surveillance video from the party. I was unable to find it, and this source writes that fire officials have refused to release it due to an ongoing investigation. According to CNN, the video showed a couple with a few children walking into the grass at the edge of the El Dorado Ranch Park. “Another person is seen in the video appearing to light the device, CNN writes. “Soon after, the family can be seen on video scrambling and grabbing water bottles as the flames grow.”

CalFire investigator Capt. Bennet Milloy said about the incident: “It really is a tragedy, it’s sad. They were hoping to remember the day in a different way.” He added that over a staggering 80% of fires are caused by humans and that people need to be “extra cautious” because they could be liable.

Sadly, this isn’t even the first incident of the kind. In 2017, another gender reveal party caused a wildfire in Arizona. It burned nearly 47,000 acres and caused damage worth over $8 million. The wildfire that’s currently raging in El Dorado has been contained only 19% at the moment of writing this and has burned an estimated 12,259 acres, according to the San Bernardino National Forest.

I know that some of you may think this isn’t really photography-related because it happened at a gender reveal party. But there are so many photographers who use smoke bombs in their photoshoots! So, take this as a cautionary tale. Smoke bombs look pretty and they’re “Instagrammable,” but please be super-careful when using them.