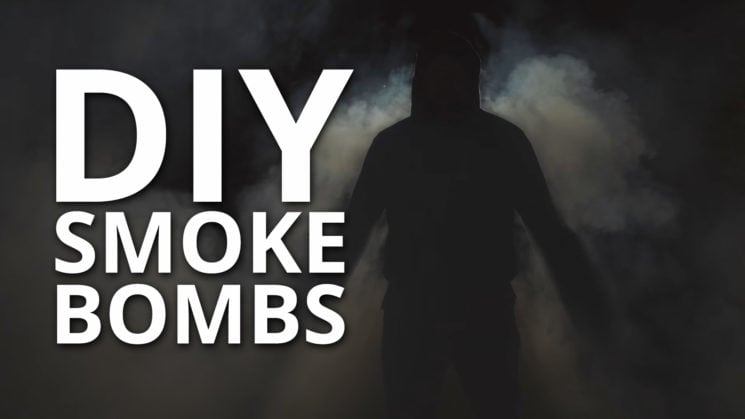 Fog and smoke can be a wonderfully creative tool for giving your photos and video footage some atmosphere. Both figuratively and literally. While it’s quite easy to do in the studio with a simple fog machine, it gets a little trickier out on location. There’s no place to plug in for power, and battery operated fog machines are expensive and often a little underwhelming outdoors.

That’s when you might have to just make your own. And in this video from the Deadlance Steamvlog, we find out how. It uses some pretty basic materials, just some stump remover and sugar. But the results are rather impressive.

As they say right at the beginning of the video, do not try this at home. Do so at your own risk. It can be quite flammable if you’re not careful, and you’ll almost certainly want to prepare this outdoors on some kind of portable stove. But, with that said, here are the ingredients.

Yup, that’s it, a pretty short and simple list. You want to mix 3 parts potassium nitrate to 2 parts sugar. You’ll want to make sure they’re mixed very well, then pour your mixture into a pan or skillet (that you plan to never use for cooking food again) on a medium heat. Again, I suggest that if you’re going to try this, do it outdoors. Keep stirring it until the sugar melts and gives the mixture an overall syrupy consistency. 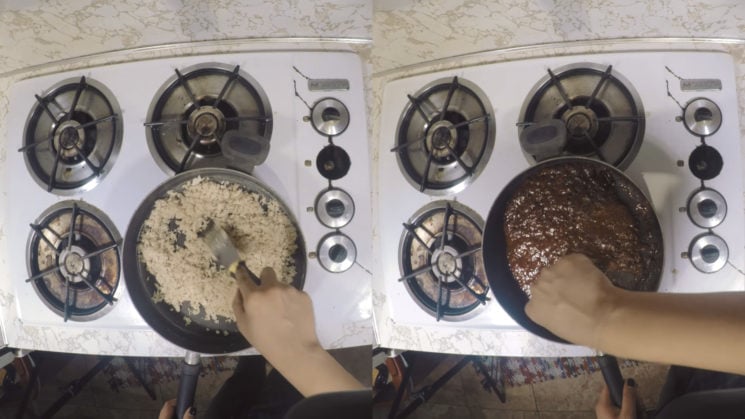 After this, there are a number of things you can do to actually set it into the shape you want. Here, they pour the mixture into tin foil trays. This allows them to create some rather large smoke bombs. I’ve seen a number of people use empty toilet roll tubes as moulds for this, too. I’ve also seen them poured into small cake tins. You could also try silicone moulds, too, which would also probably be easier to remover. Whatever you use, just make sure you’re not putting food anywhere near it ever again. 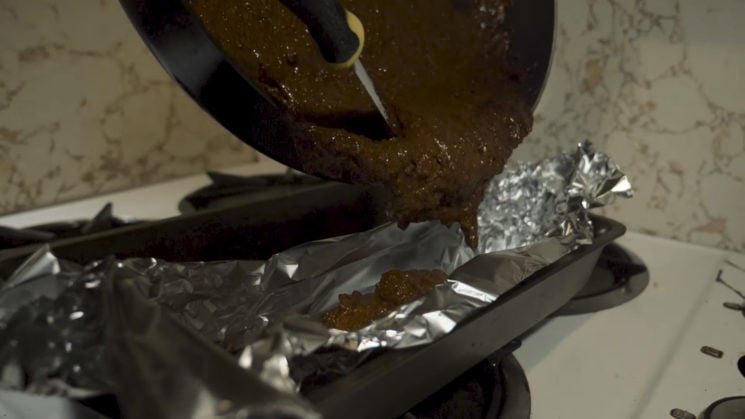 Then it’s just a case of letting it cool down and harden. This can take up to an hour or more, depending on the size of your smoke bombs. Small ones, obviously, will cool a little faster than larger ones. Once they’re set, just take them out on location.

Do be sure to follow common sense rules wherever you might light them. You don’t want to be starting any forest fires. They’re generally going to be out of the shot, so make sure to put something under them to prevent them from burning the ground. You also don’t want to be in a location where you’re at risk of having concerned neighbours calling the fire department. If that happens, they’re definitely not going to be happy with you.

Other recipes I’ve seen also include baking soda (5 parts PotNit, 4 parts sugar, 1 part baking soda). This stops the mixture from burning quite so intensely but makes it last for longer. A fuse can also help to make them light a little easier as you’re not trying to burn the mixture itself directly.

Just remember to be safe at all times with this. Both the making and the lighting. It can be dangerous. So, you try this entirely at your own risk.

Using Smoke Bombs In Portraits For A Strong Effect

Flood The Pool With DIY

« Photographer traveled 17,000 miles across rural Australia, trading her photos for food and accommodation
I took a trip to Chernobyl’s exclusion zone and photographed it in infrared »