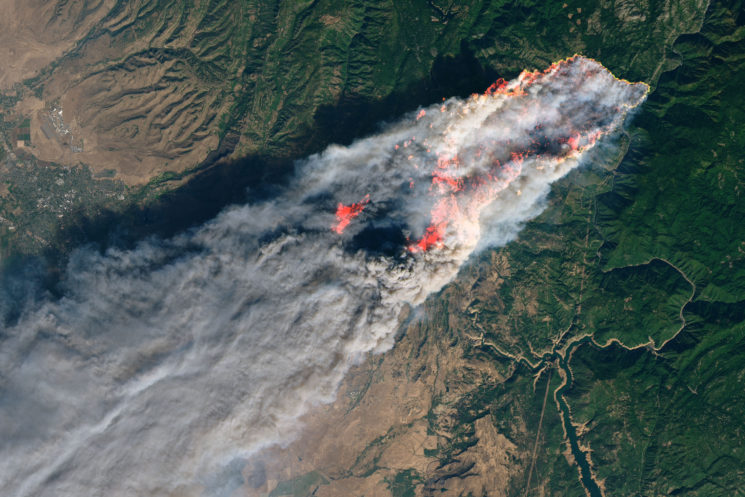 The Camp Fire, named after the Camp Creek Road where it originated, is the most devastating wildfire in California’s history. Beginning on November 8th, Camp Fire spans more than 138,000 acres. It has decimated at least 8,000 buildings and claimed at least 50 lives with over 200 civilians still reported missing.

NASA has now released some high-resolution satellite images showing the scale of the wildfire. The image above shows Camp Fire in Butte County, California as soon from the Landsat 8 satellite on the morning of November 8th, 2018.

Other images over the area have been published to NASA’s Worldview on the Earth Observing System Data and Information System (EOSDIS) website. This before and after comparison between Wednesday, 7th of November and Friday, 9th of November shows just how quickly the smoke has spread in a very short space of time. 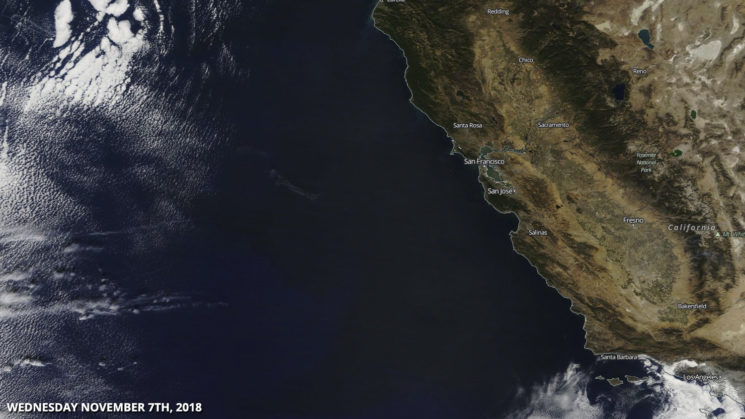 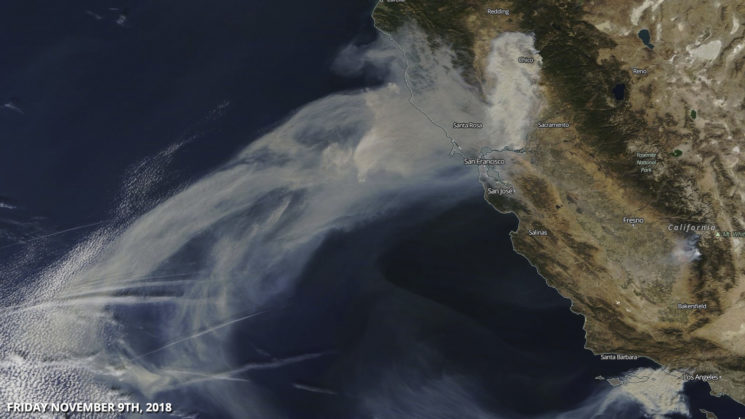 EOSDIS offers high-resolution imagery collected from over 700 satellites. NASA says that it offers a “near real-time” view on the earth. When you scroll through each day since the wildfire started, it’s scary just how quickly it’s grown and how far. And I’m half a world away. I can’t even imagine what the people living there must be going through.

If you’re in the affected area, please try to be safe. The Paradise California Camp Fire helpline is 530-538-7911.