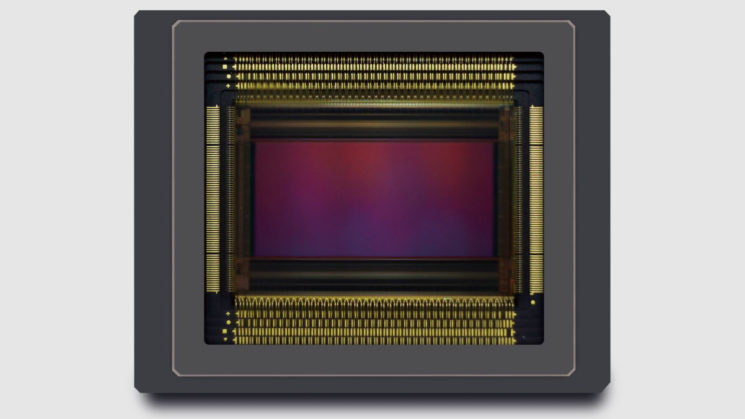 Well, this is pretty cool. Sensor manufacturer Gpixel has developed a new 4/3″ (22.9mm) CMOS sensor that shoots 4K video at a whopping 2,000 frames per second. With a resolution of 4608 x 2176 pixels, the sensor also features a global shutter, meaning that it captures the entire image field at once – goodbye rolling shutter artifacts!

The sensor is Micro Four Thirds-ish in size, but it’s not quite what we’re used to. MFT consumer sensors are around 18×13.5mm. The Gpixel GSPRING 4510 is a little wider and a little shorter at 20.74×9.9mm. But, for super widescreen stuff, like 2.35:1, it would work out pretty perfectly. That being said, it’s not its intended use. 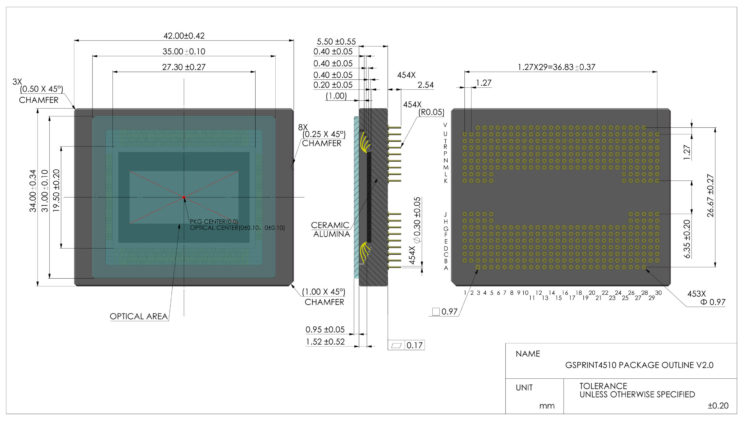 Gspring is releasing two version of the sensor. One, they say, is dedicated to 3D laser profiling, offering 2,000fps in 8-bit operation at 2048 rows and 3,500fps at 1024 rows with various HDR modes. The other is designed for industrial inspection and scientific imaging and achieves up to 500fps at 12-bit depth, 1008fps at 10-bit and 1928fps at 8-bit with the full just-over-4K resolution.

The maximum data rate for this chip is an insane 172Gbps and if you want to record any kind of detail without compression artifacts at 2,000 frames per second (even at 8-bit), you’re talking some very large and very fast storage. This means that we’re very unlikely to see it come to any kind of cinema or small mirrorless camera system any time soon. That being said. Gpixel does hint at drone-mounted video capture…

On-chip 2×2 charge binning can boost frame rates more than x3 with a full well charge increase to 120 ke-. Flexible output channel multiplex modes make it possible to reduce frame and data rate to make it compatible with all available camera interface options. This version of the sensor incorporates micro lenses on top of the pixels and a sealed glass lid making GSPRINT4510 the ultimate choice for many applications such as 4/3”(Micro Four Thirds) format global shutter cameras in slow motion capture or drone-mounted videography.

I still wouldn’t get your hopes up for seeing it in an off-the-shelf commercial camera anytime soon, though. And it’s certainly not coming in the Panasonic GH6 so forget trying to that rumour right now! It would certainly be very cool to see this in something we can throw an MFT cinema lens on, though. That would make for some very nice slow motion video.

You can find out more about the new GSPRINT 4510 CMOS sensor on the Gpixel website.