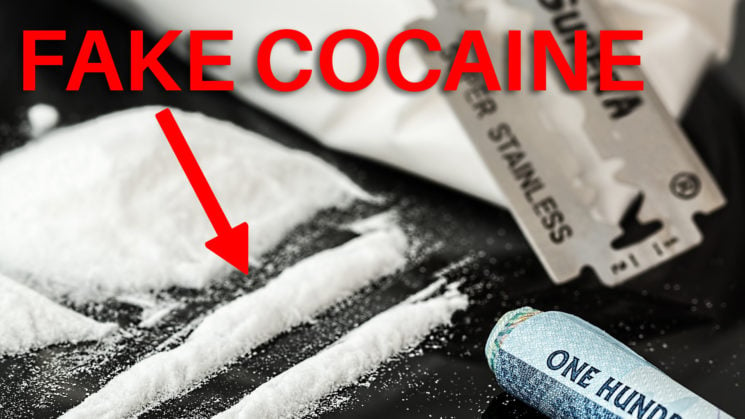 There are a few methods to make fake blood for the movies (or you can simply buy it). But what about drugs? Of course, the actors won’t use the real thing on set, but it’s not that easy to find substitutes as one may think. Fake drugs need to look and act the same as the real ones, but they also have to be completely safe to ingest. So how do they do it? In this fantastic video from Insider, prop master Joel Barkow shares some tricks of the trade and reveals how fake drugs are made for movies.

When it comes to the behavior of fake drugs, the first example is marijuana. How do you make it look like someone is really smoking a joint? Replacing weed with tobacco seems like a logical answer, but it isn’t that simple. Cigarette smoke is not nearly as heavy as cannabis smoke, so it’s not a suitable replacement. But the solution exists: Joel uses a strain of cannabis without THC so that joint smoke looks like the real thing.

One of my favorite TV shows revolves around crystal meth: Breaking Bad. And the dangerous drug was replicated by using some blue rock candy. When I dressed up as Jesse Pinkman a few years ago for Halloween, I also carried around a few bags of crushed blue rock candy. I’ve only seen meth in movies and series, but looks like I guessed exactly what they use to fake it.

What makes things a bit more complicated is the different states of drugs. For example, heroin can be powdered or melted, so these require different prop drugs. Fake powdered heroin can be created by combining pancake mix and cocoa powder. However, this mixture doesn’t really melt well. If the prop master wants to create fake melted heroin, he’ll use brown sugar and water.

As I mentioned, it’s important that fake drugs are completely safe for the actors. Most of them are created from powdered food or vitamins, so ingesting them shouldn’t cause any issues. However, even then, prop drugs can still be dangerous. For example, Al Pacino suffered minor but permanent damage to his nasal passage after snorting a lot of cocaine on the set of “Scarface.” The fake cocaine they used back then was, check this out: powdered baby laxative! While filming The Wolf of Wall Street, Jonah Hill had to be hospitalized due to fake drugs he was taking on set. Although it was just Vitamin D powder that he snorted, there was too much of it so he got bronchitis.

But the safety, appearance, and behavior of drugs aren’t the only things to think about. There are also different ways to consume them. There’s a cleverly designed prop for injecting fake heroin on camera. It’s a special retractable needle that pushes the fake drugs into a hidden chamber in the syringe. And since even ingesting vitamins can be dangerous, some actors may not want to do it. In these cases, a special suction rig can be used to suck up fake powdered drugs through a concealed tube. This is especially useful if the scenes require multiple takes or if there are simply too many scenes of drug ingesting. They also used this in Sorry to Bother You because the line of fake cocaine was so long that no normal human being would want or be able to snort it.

I found this video very amusing to watch and I’ve certainly learned a lot. These tricks could also be useful if your photo or video project requires taking (fake) drugs. And other than accidentally guessing how meth was made, I had no idea how they make other stuff. What about you? Did you know about all these tricks?

[How Fake Drugs Are Made For Movies | Movies Insider | Insider]

Photography, one of the most expensive and addictive drugs there is