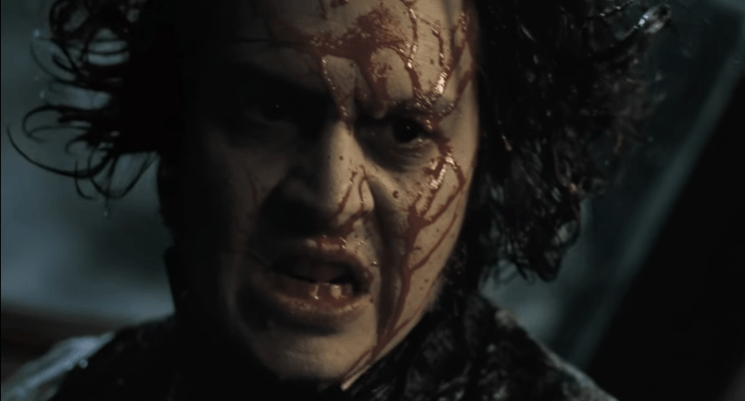 Nowadays you can simply buy fake blood, even online. But if you don’t have a high budget and you’re filming the next Texas Chainsaw Massacre – you will probably still want to rely on DIY blood. Ketchup doesn’t really work, so – what’s the perfect recipe?

Before cinema and TV, there were only theaters. And in theater, a red handkerchief symbolized blood. However, the directors wanted something less symbolic and more realistic. And that’s when they started searching for the perfect recipe for stage blood. They came up with some pretty weird recipes over the years.

It started off with cooking a bunch of dried bugs (how gross is that). Cochineal bugs are familiar for the red pigment they produce, so their red dye was the main ingredient of fake blood in theaters. This pigment is even used today, and it’s known as “carmine” in food industry. So, if you’re not into eating crushed bugs or splashing its pigment all over your model, read on.

Even today, I suppose you could use it if you’re shooting black and white photos or movie. You can even eat the rest.

Black and white movies got color in 1930s, and Hollywood needed a new trick to make realistic blood. A retired pharmacist John Tinegate created the most realistic looking blood yet. It was called Kensington Gore. It consisted mostly of golden syrup, food coloring, corn flour and water.

However, Dick Smith created the most famous fake blood recipe, similar to the previous one. But there was a catch – it was toxic. It consisted of edible and safe ingredients such as corn syrup, yellow and red food color and water, with some Kodak Photo-Flo solution which was toxic to be swallowed. But hey, at least the shelf life was long.

Over the time, people started coming up with the alternative to Kodak Photo-Flo so they didn’t harm the actors. They changed it with creamer and other ingredients that you can swallow without getting sick or killed.

Today, most of the blood in the movies is computer generated or bought, at least in high-budget movies. But where’s fun in that?
So, do you use fake blood for your photos or videos? Do you have your favorite recipe or you just buy it?

[The Poisonous Past of Fake Blood via No Film School]

« How and why to use a Rode VideoMic as a wireless boom microphone
Abstract: The Art of Design – a new Netflix series to inspire all kinds of creatives »