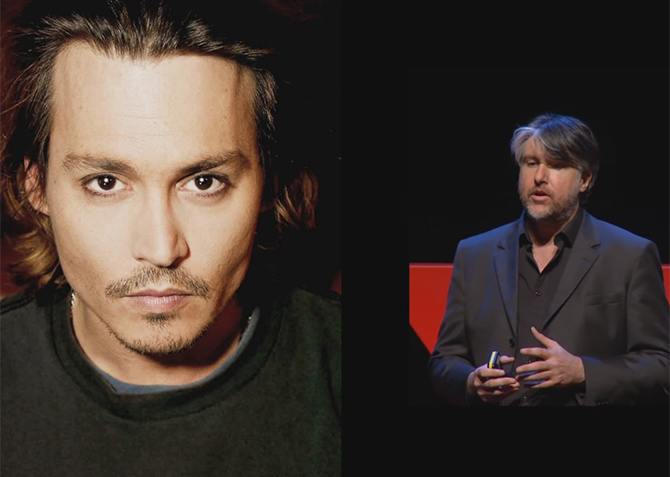 Ask 10 photographers about the market and 9 of them will probably tell you that it’s not what it used to be and talk about how low prices have gone.

The 10th photographer might be Kevin Abosch, a portrait photographer who spends his time between Ireland and Boston, as he hasn’t felt the pressures of an over-saturated market, and he definitely doesn’t compete with I-just-bought-a-DSLR-so-I’m-a-pro photographers.

In fact, charging anywhere from $150,000 for a simple portrait to $500,000 for commercial licensing, Abosch doesn’t really compete with anyone.

Not to mention he sold a photo of a potato for over $1 million.

With such high fees and clients including top executives from tech giants such as Google, Facebook and Twitter, one would think Abosch’s photoshoots involve intricate setups and lengthy sessions.

That’s not the case, however, as SFGate says Abosch’s “claim to fame is snapping beautiful portraits of busy executives and celebrities in just a few seconds”.

An example of this is given by Abosch’s friend, Codeacademy CEO Zach Sims. After taking just two photos, Abosch told Sims he had what he needed. Most clients wouldn’t be too happy with such a short photoshoot, but apparently Sims is not most clients; the resulting photo is said to be his favorite portrait of himself and is used on most platforms as his profile photo.

Some of you may be aware of his work, which has been displayed in museums on five continents and over 500 magazine covers according to TEDx Talks, and you’re probably wondering what the big deal is about a portrait with a simple black background.

Honestly, I can’t really answer that, but the facts (and fees) speak for themselves.

So how does one become so successful that he gets offered Ferraris and private jets trips in exchange for photos?

Turns out Abosch is a former biologist who didn’t study art and attributes his success to “passion, some natural skill, and a few key moments in his career.”

The first key moment was back in the 1990s when he was working with CBS Records, and the company needed a photographer to shoot a band. Abosch volunteered for the job, even though he didn’t have as much as a proper portfolio to show CBS, and managed to negotiate a rather hefty fee of $2,500 for his first assignment.

Another breakthrough in his photographic career took place when he was fortunate enough to photograph Johnny Depp. “Do you know what this picture is going to do for my career?”, Abosch recalls saying to the Hollywood star, who just smiled back.

Abosch doesn’t like being called a photographer, saying that pretty much all contemporary human beings are photographers, and his next big project shows he’s no regular artist.

SFGate reports that Abosch wants to captures images of the human ego by wearing an fMRI machine strapped to his head and record his brain activity during ego-inducing situations.

“The intersection of art and science often yields elucidating surprises!” Abosch explains. “At the end of the day, I’m an ontologist, concerned with matters of identity and existence. Art and science is just the means to an end.”

At the end of the day I’d say Abosch is a successful business man, but that’s probably just jealousy speaking.

Watch Abosch’s talk about the art of opportunism at TEDx Dublin for many more of his photos and info about how and why he does what he does:

Hollyland’s first digital wireless microphone, the Lark 150, charges itself when not in use

« Quick Tip: How To Protect A Cyclorama With A Tennis Ball
Use Pre-made Gobo Textures To Give A Film Noir Atmosphere To Any Photo »