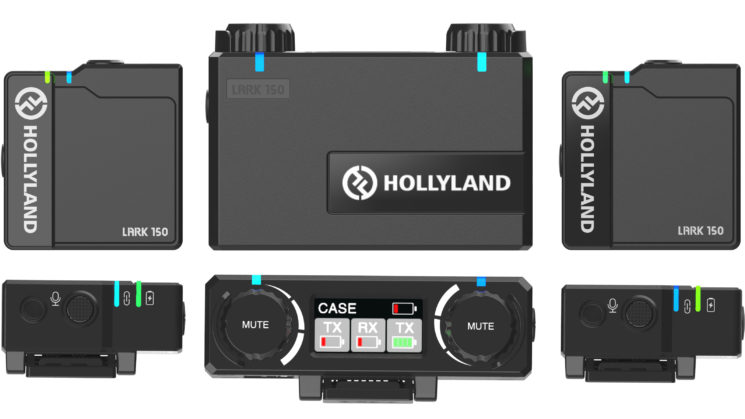 Hollyland has become rather popular for its video transmission systems. We’ve reviewed some of them here on DIYP before and they’ve performed rather well, especially given their price. But now they’re branching out into audio with the launch of their new dual wireless 2.4Ghz microphone, the Lark 150.

It makes sense for a company like Hollyland to add audio into their lineup. With as much kit beaming signals into the air as there are these days, it can be difficult to find equipment that plays well with others. So, one company making both audio and video transmission systems can ensure they work seamlessly together without interfering with each other.

As seems to have become the standard now ever since Rode released the Wireless GO then Synco with their super-low-budget G1, the Lark 150 is a small squashed-cube-like design, which clips onto your clothing or wherever you want to clip it onto. Each transmitter also contains a 3.5mm audio jack for plugging in a microphone if you’d prefer to use a more traditional lav mic wirelessly, instead of the built-in microphone in the transmitter.

Unlike other systems of similar designs, the receiver for the Hollyland Lark 150 is a little more evolved, offering individual gain control dials and remote monitoring with an OLED display for each of your two transmitters. The receiver mounts on top of your camera and offers both line output to go into your camera or field recorder as well as a headphone output so you can monitor the sound even if your camera doesn’t have a headphone jack. 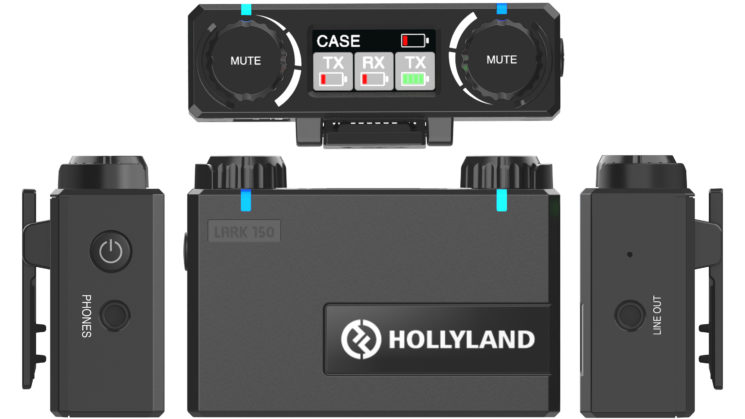 Also interesting is the case it comes supplied with, which essentially doubles up as a charging station for all three devices – the receiver and both transmitters. This is something I haven’t seen in this level and type of microphone before. Usually, you have to juggle multiple USB cables to keep everything topped up, but with this, you just put the items into the box and away they charge.

The transmitters last up to 4.5 hours on a full charge of their built-in 200mAh battery. The receiver features a 530mAh battery that lasts up to 7.5 hours. The case itself has a 3350mAh battery built-in, meaning that as long as you’re leaving the house with everything fully charged, you shouldn’t have any power issues throughout an entire day’s shoot. 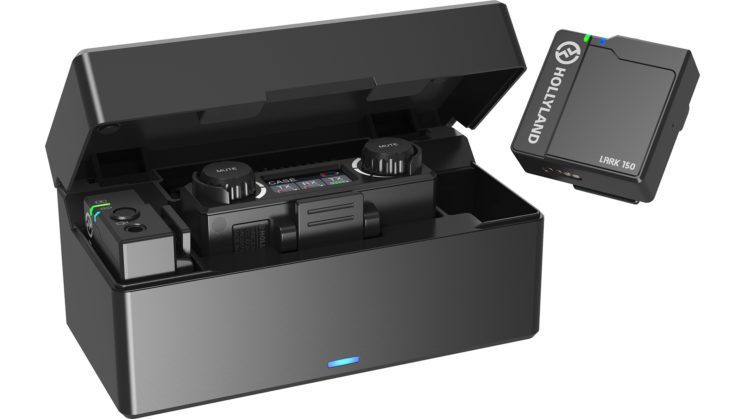 With a claimed 5ms latency at up to 100m range, dual transmitters and 2.4Ghz wireless transmission, it’s an impressive looking system on paper. It’ll be great to see these in the hands of people soon for some real-world reviews of the performance compared to the other systems out there right now.

The Hollyland Lark 150 dual wireless microphone system is available to pre-order now for $329 and has already started shipping to distributors and retailers around the world.

Inside the box you get the case, one receiver, two transmitters, a TRS cable to go to your camera, a couple of regular 3.5mm lavalier microphones along with two windshields, and a Type-A to Type-C cable for charging your case.

This Former Biologist Charges the Tech and Entertainment Elite $150,000 for Portraits