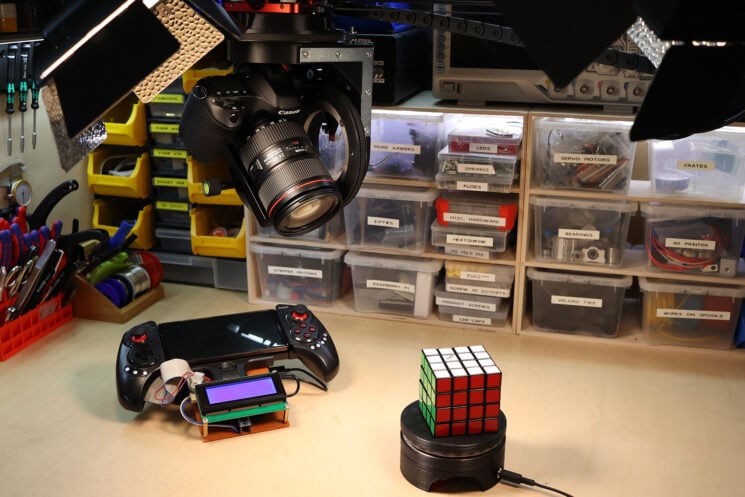 I’m a big fan of DIY motion control rigs and we’ve featured quite a few here on DIYP before, including this crazy 6-axis (mostly) 3D printed one. But this one from Andreas Epp – who goes by FuzzyLogic on YouTube – is a really slick design. Not only is it a thing of mechanical beauty, but it also seems to rival many commercially available systems out there, too.

Andreas’ motion control system is 3-axis, including a slider and a pan-tilt head. It’s a setup that you wouldn’t expect to be all that difficult. But having had a go at building some myself, they can be quite complex beasts to nail down – especially when you’re relying on 3D printed parts.

The design of Andreas’ system incorporates a lot of very cool design features that are common to commercial systems, but often lacking in DIY solutions. Features such as slewing bearings (like what they use in lazy Susans), fancy slip rings and optical end stops – which allow it to reset its position while still offering more than 360° of rotation in its two pan and tilt axes. 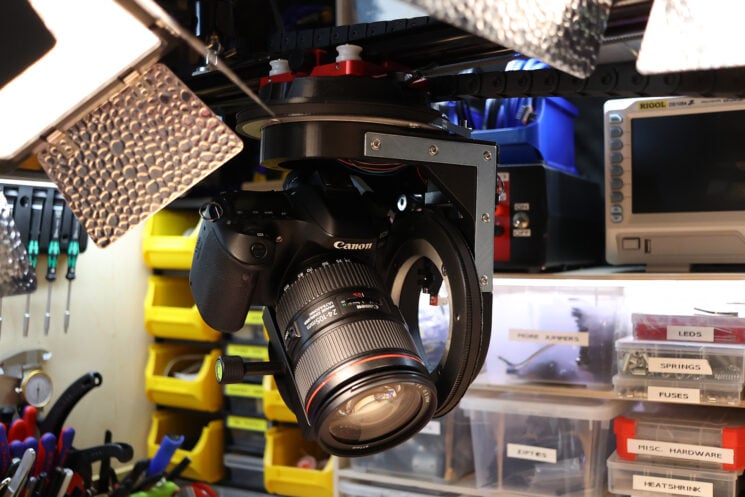 Looking at Andreas’ YouTube channel, he’s been working on this system for at least a year now, having started with a custom MQTT remote, based on a cheap PG-9023 smartphone game controller. The initial 3-axis motion control rig used to film sequences of that first video was shown off in his next video. And now, almost a year later, the video above presents a significant update to his system, which uses much less material to print, making it not only faster and less costly to produce but also lighter.

As well as the 3-axis slider & pan-tilt system, Andreas also developed a 4th-axis in the form of a panning “rotary plate” that’s linked to everything else. This allows for easily repeatable moves from the slider, the pan-tilt head and the rotary plate which opens up all kinds of possibilities – including 3D scanning of small via the use of photogrammetry.

It’s well worth watching all of the motion control videos on FuzzyLogic to get an idea of how the whole system comes together and the design considerations that have gone into developing these if you’ve been thinking about building your own motion control rigs.

Andreas has placed all of the files for the code and the 3d printable STLs available to download from GitLab so that you can have a go at making your own.