So, just how bright is a 1,000 Watt stadium LED light? Well, Matt Perks wanted to find out, so he got one. And, as it turns out, it’s pretty bright. It’s not every day you get to see something like this up close and personal, and it’s interesting to see how a massive powerful light like this is constructed.

Unlike Matt’s previous video on the 500 Watt LED, this 1,000 Watt panel is made from 120 individual LEDs, each with their own lenses to help direct the light forward. That means each individual LED is only about 8-10 watts. This low wattage per bulb should help to keep things running a little cooler, as there are no fans inside this light. Everything is passively air cooled.

The light is made by a company called Mecree, and it is designed for industrial use. So, stadiums, car parks, concerts & festivals, etc. But, that being said, the price tag mentioned by Matt in the video of around £1,000 ($1,350) doesn’t really sound all that bad.

After unboxing, connecting a plug and hooking it up to the wall, you can see that the exposure instantly blows out, forcing Matt to dial down the camera’s exposure and put on some fancy shades. 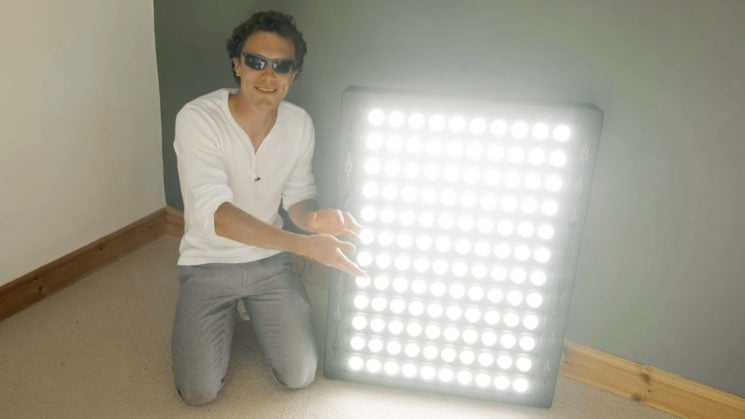 This particular light was “neutral white”, although it measured in at a measly 84CRI. He does say that high CRI units are available if needed. Probably not all that useful for most of us, though, unless we’re trying to turn night into day for a video shoot. And, to be fair, this light looks easily capable of being able to do that. Look at this comparison of Matt’s 100 Watt DIY LED vs this 1,000 Watt panel. 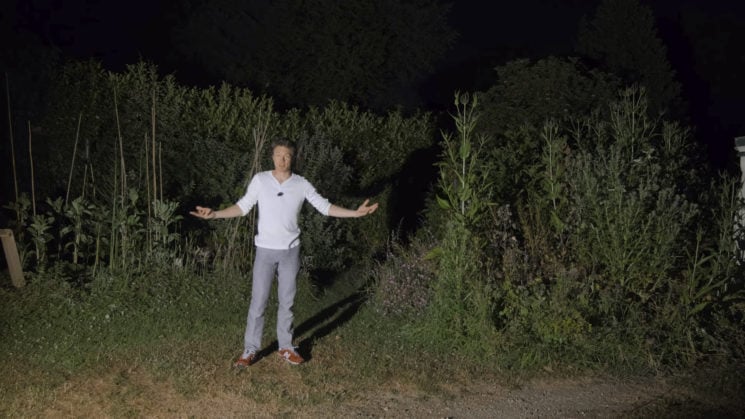 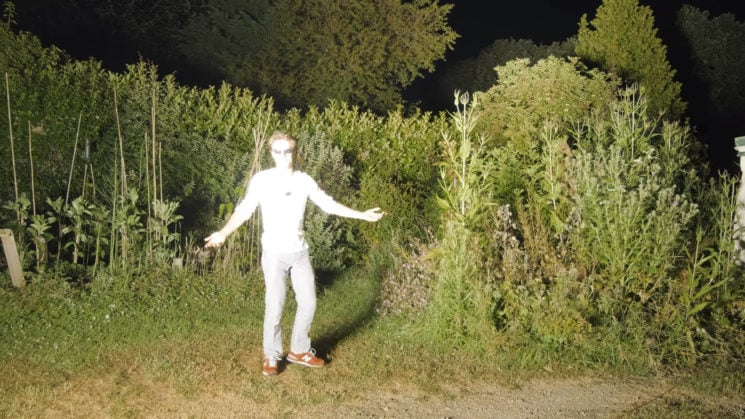 Despite having a less than ideal CRI, the colour doesn’t look that bad when we see close-ups of the flowers. I bet a couple of the high CRI ones would be fun to play with. It would be interesting to try getting a similar look to that of high speed sync out in bright sunlight, except with video. Of course, you’d probably blind your subject in the process.

But it does kind of illustrate why you can’t really get that kind of “overpowering the sun” look for portraits with continuous lights (no matter what some may claim). It’s not that you couldn’t get a light powerful enough to do it, just that it wouldn’t be at all practical. Your subject wouldn’t be able to keep their eyes open for more than a second. The lights would also need to be ridiculously big and require a lot of power.

Perhaps LED flash technology will get to the point where it can be used for this kind of thing. It certainly doesn’t exist yet. But I don’t think it’ll ever be realistic for continuous light sources. For continuous, I think I’ll just stick with my Spekular LEDs for now.