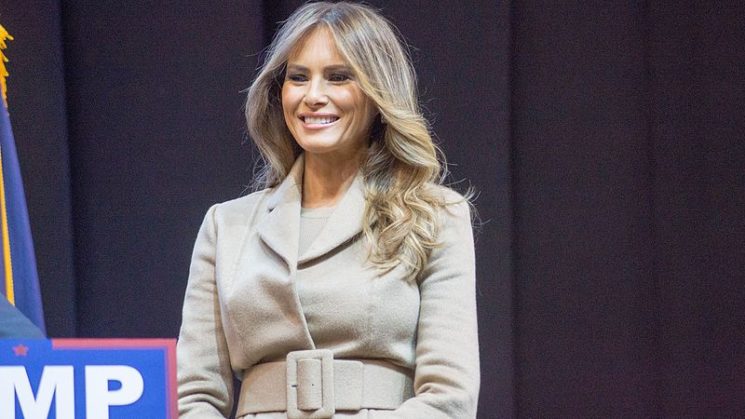 President Donald Trump’s most recent financial disclosure has revealed an unusual agreement involving Getty Images and Melania Trump. In 2017, the First Lady has reportedly earned at least $100,000 in an agreement with Getty for the use of photos of the Trump family. But there’s a catch: the media are only allowed to use each of the 187 photos in “positive stories.”

According to NBC News, the photos were shot by Belgian photographer Regine Mahaux between 2010 and 2016 The revenue statement in President Trump’s financial disclosure states that Melania Trump earned between $100,000 and $1,000,000 in photo royalties from this Getty deal in 2017. Since federal officials are only required to disclose an income range and not the precise amount, we only have a vague figure of Melania Trump’s earnings. But what’s unusual about the deal with Getty Images is that the licensing agreement stipulates the pictures can be used in “positive stories only.”

NBC News has found that at least a dozen organizations had paid to use the restricted photos of the Trump family, including NBC News itself. Some of the publications include Yahoo News, Marie Claire, the Daily Mail, and the Houston Chronicle, which resulted in indirect payments to the first family.

It’s not unusual for celebrities to earn royalties from photos of themselves. It’s also not unusual that they require for the photos to be used in positive coverage only. But what is unusual and seems like media manipulation is when such an agreement is required from the First Lady.

« This 1,000 Watt LED light is so bright it can turn night into day
Everything you ever needed to know about long exposure photography »