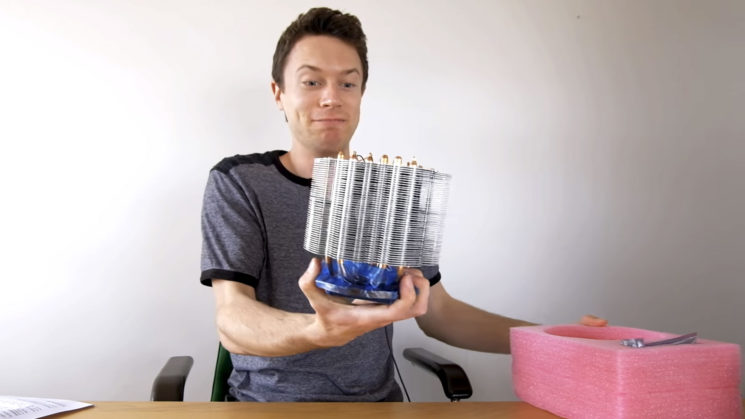 LEDs are developing at a ridiculous pace lately. They’re getting more colour accurate and much more powerful. The power of LEDs often comes at some expense, though. While LEDs do run much cooler than traditional tungsten lights, they can still get rather hot.

In this video, Matthew at DIY Perks unboxes a very beefy 500 Watt LED. After hooking up the power, we see just how bright it is. What’s particularly crazy about it, though, is that the LED itself isn’t much bigger than a postage stamp. Everything else is just to extract the heat to prevent the LED from burning itself out.

This 500 Watt LED costs a whopping $500. You can buy it for a little less if you don’t want the heatsink, but good luck keeping it cool without one. It takes a voltage of between 35-39v, which Matthew supplies by using two power supplies in series (don’t try this if you don’t know what you’re doing!).

Matthew plans to use it to simulate daylight, as it has a 5600K white balance, and a CRI of over 95. I think it’s a little impractical for most of us to use out on location. For a set or studio where it’s in a permanent spot, though, it looks like it can work very well. That being said, it does have a rather loud fan embedded into that heatsink to help exhaust some of the heat.

Matthew likens the sound to a jet engine. So, I can’t imagine that noise will be conducive to shooting video. But I’m sure he’ll find a way to quieten it down. Seeing just how powerful and accurate LEDs are getting is quite exciting. It provides some great insight on the future, and where lighting may be heading. 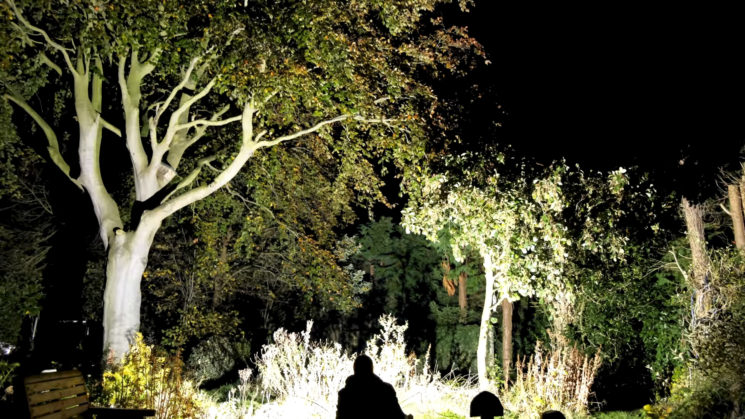 I still think we’re a good few years away from having LEDs compete with strobes for stills photography, but I have no doubt it’ll get there. For video, though, LEDs have already become the new standard.

Now we just need to wait for somebody to string 10 of these together and fly them up on a drone. At least, that’s what usually happens when a new “most powerful” LED is released.

The best LED video lighting kit you can get for $500