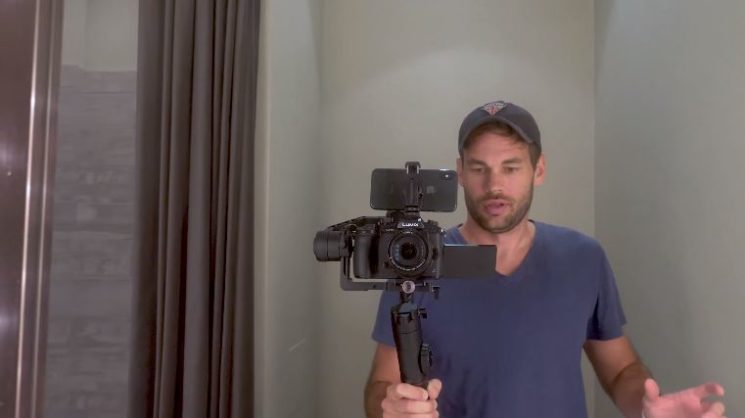 Okay, we know that phone cameras can’t really compare to high-end professional gear. But this doesn’t mean phone cameras aren’t getting better and can’t give you some neat results. Lee Morris from FStoppers compares the new iPhone X with his favorite camera for the video, Panasonic GH5. He shoots 4K footage on both cameras in different conditions, and I have to say – the iPhone is surprisingly close to the GH5.

First, Lee tested the look on both cameras. The iPhone produces more vibrant colors, and he says everyone on the FStoppers team also preferred the look of the iPhone footage. Still, the flat look of the GH5 video gives you more options in color grading.

When zooming in, you can see that GH5 footage retains more detail and has a higher bitrate. The lens and the sensor are better, and this camera makes higher quality footage. Still, if you’re filming a vlog or videos for YouTube, most people probably won’t be able to tell the difference. Unless you zoom in really tight. 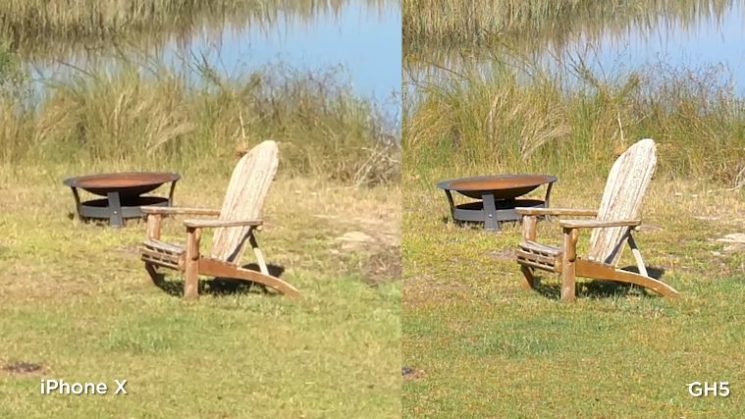 Lee also filmed 4K footage at 60fps and 1080p at 120fps to test out the slow motion video. As you can see, both cameras give neat results, and iPhone’s holding up nicely against the GH5.

This comparison also included tricky lighting situations, such as very contrasty light and direct sunlight. The results were good on both cameras, but there was one particularly interesting shot on the iPhone X. The phone added some punchy look of the brick wall that was impossible to recreate with the GH5. I don’t know what the deal is, but it looks interesting. 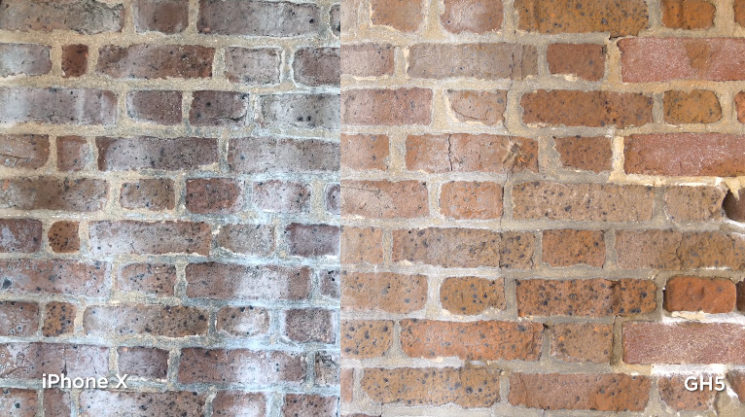 When it comes to stabilization, Lee balanced the GH5 on a gimbal with the iPhone on top of it to test it out. He shot 4K footage at 24fps, and both cameras gave really stable videos even while running. However, the iPhone X showed some issues with optical stabilization. Other than that, the performance is almost the same on both cameras.

Finally, there’s low light performance – and this is the only category where the GH5 beats the iPhone big time. There’s a lot of noise in the iPhone video when the ISO is cranked up. So if you want to get better quality video on the iPhone X, you need to have good lighting.

Of course, the iPhone X camera is not the best one you can get. But the moral of the story is that you can get some pretty good videos even with the phone camera. And it doesn’t even have to be the latest iPhone. So if you’re feeling stuck because you don’t have pro gear, I hope this video will give you a boost to just go out there and shoot with whatever you have, even if it’s a smartphone.

« Nikon announces shutting down all sales operations in Brazil
This is what the light from a 500W, $500 LED looks like »