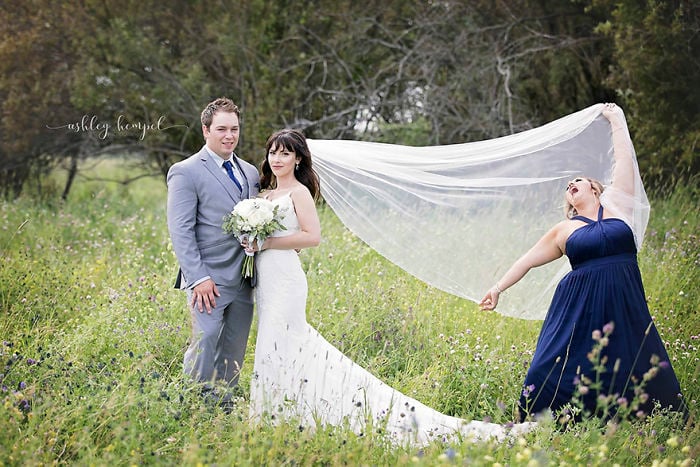 Being a maid of honor is a big privilege and carries great responsibility.  Sharilyn Wester performed her duty and made her best friend’s wedding photos unforgettable.

While Rebecca Foster and her husband James did the wedding photoshoot, Sharilyn proposed to take some photos where she’ll be tossing the bride’s veil. Photographer Ashley Hempel agreed, and in no time, Sharilyn took her task. But it turned out her and the bride had a different idea in mind, and Sharylin started acting so goofy, that both the groom and the photographer were caught by surprise.

Now before you become all like “she stole the show!” note that it was just the groom and the photographer who were surprised. As the maid of honor tells Huffington Post, she and the bride came up with the idea two years before the actual wedding. Rebecca had seen some photo they both wanted to recreate, and they used Rebecca’s wedding photoshoot to turn the plan into reality. 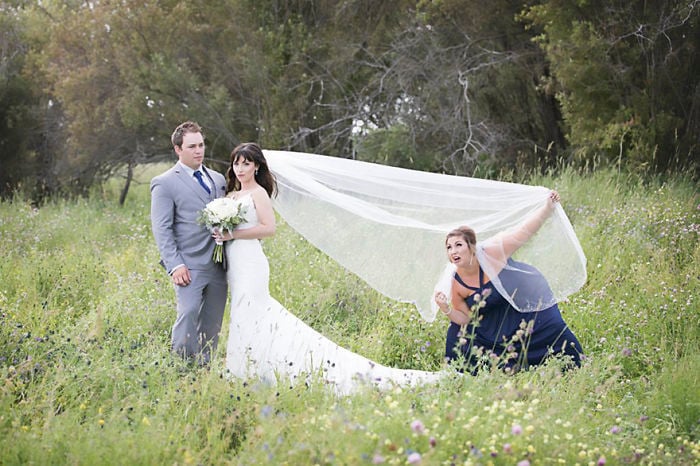 In the photos, you can see that the groom looks a bit puzzled. Although the girls had been planning this all along – they didn’t notify him. But Sharylin says he played along and was laughing at the prank. I asked the photographer if she knew about the prank before the shoot – it turned out she was just as confused as the groom. When she saw Sharylin’s posing, she cracked up, along with the rest of the bridal party. 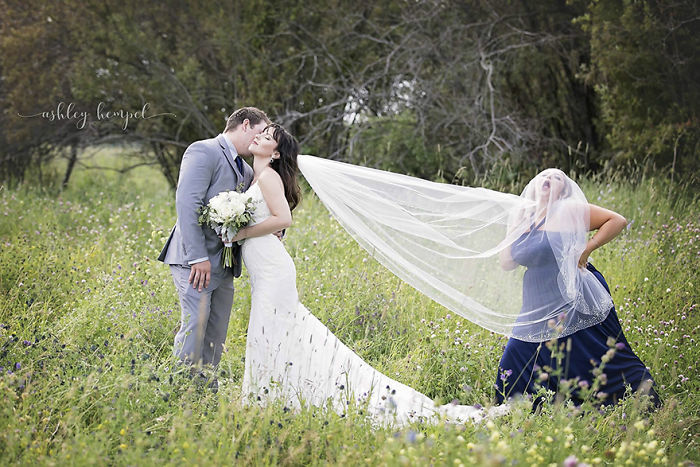 So, while out of context it may look the maid of honor upstaged the bride – it’s completely the opposite. She helped her best friend pull off the prank she’d planned two years before the wedding. As a bonus, she made everyone laugh and loosen up during the shoot. I think she did a great job as a maid of honor. And I totally see my best friend doing this with me (it wouldn’t be the first time). : ) 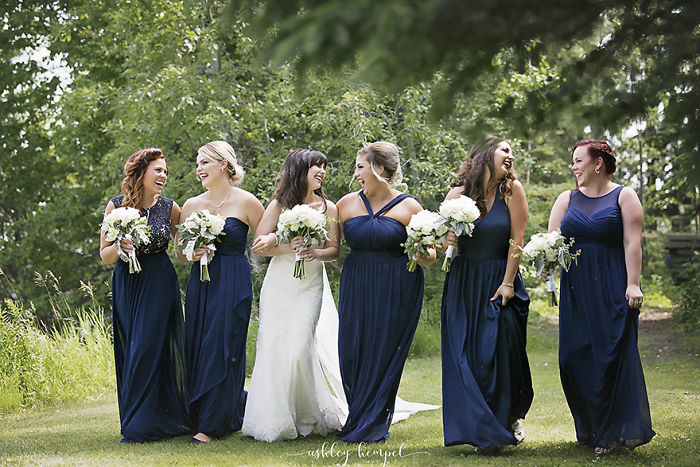 « How to choose the best tripod for your photography needs
First images of the new Panasonic G9 and 200mm f/2.8 lens leaked »