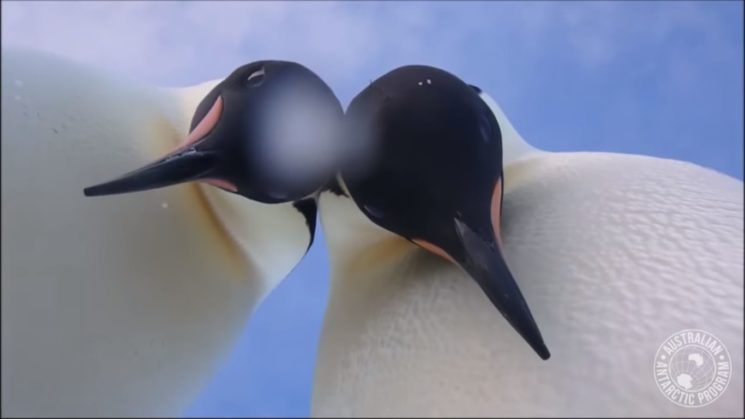 There’s something incredibly adorable about animals discovering cameras. Okay, it’s a bit less adorable when PETA gets involved, but that’s another story. After polar bears and chimps, take a look what it looks like when two penguins figure out the camera that’s filming them and decide to take a closer look.

As Washington Post reports, the member of Australian Antarctic Division’s expedition, Eddie Gault, posted the video on the group’s social media pages. He had placed the camera on the ground near the Auster Rookery, in order to film a large colony of emperor penguins living there. Two penguins came close to the camera, rolled it over and inspected it for a while. The end of the video is especially funny, when the birds look at each other and came to a mutual conclusion us humans would understand as “hell no!” But I think it means something else in their language.

We’ve seen other birds steal cameras before, giving us the aerial view from their beaks. But since the penguins can’t fly, I guess we’re just gonna settle for a selfie. : )

These photos of bees sleeping in flowers will melt your heart