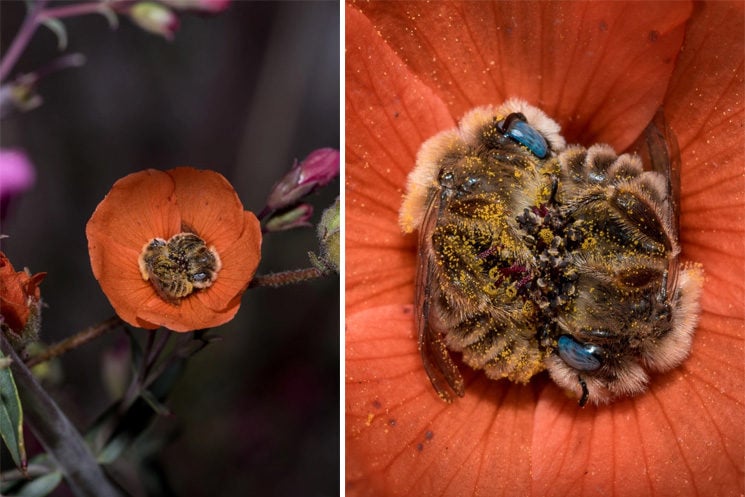 If someone had ever told me that I would go “awww” at photos of insects, I would have called them crazy. But what about photos of fluffy, pollen-covered bees sleeping inside of flowers? Well, I gotta admit that’s something else, and it’s as cute as it sounds. Photographer Joe Neely recently captured two bees sleeping in a flower, and it’s definitely not something you see every day. He was kind enough to share his images with DIYP, so take a look and prepare to get all mushy.

In an interview with Bored Panda, Joe explained that he and his fiancée Niccole went out to find some poppy flowers. A patch of pink flowers just off the highway captured their attention, so they stopped to take some photos of those as well. Among the pink flowers, there was a hidden orange globe mallow plant. Joe explains that Niccole heard the bees buzzing, but then she noticed that some flowers had bees inside – but they weren’t moving. 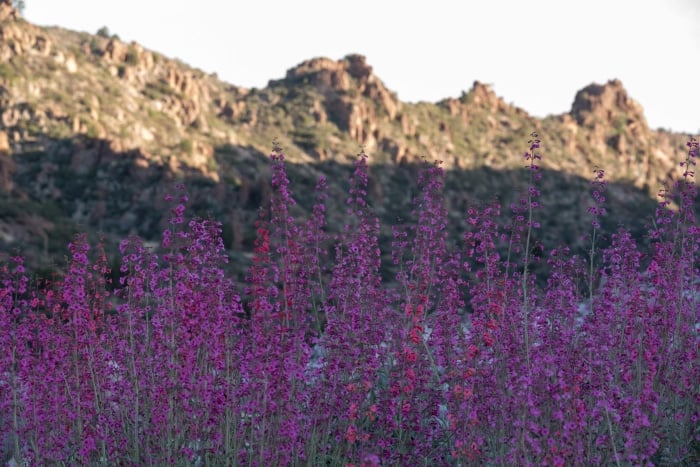 I would have probably thought that they were dead or something like that, and I would have worried and grown panicky. But Joe came closer and studied the bees’ behavior, revealing something interesting:

“I came over and study it for a while and more bees showed up. Soon, all the vacant flowers were occupied and this one bee was left out.  She crawled over to this open flower and got inside with the other one. I was watching as he stumbled around almost drunk-like and then got settled in.” 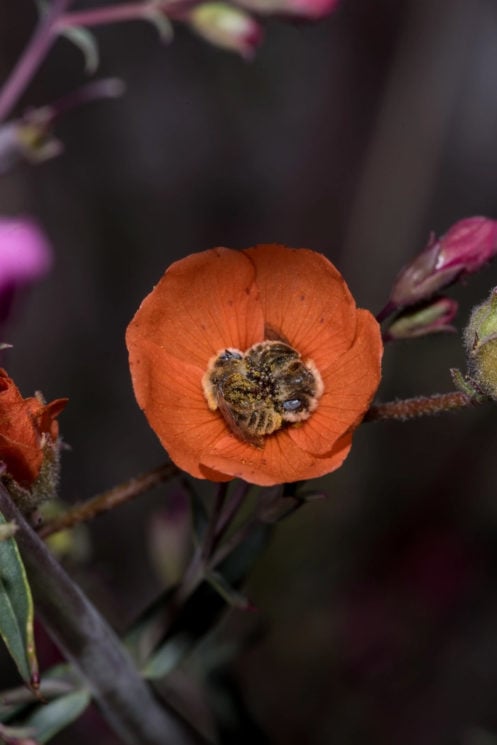 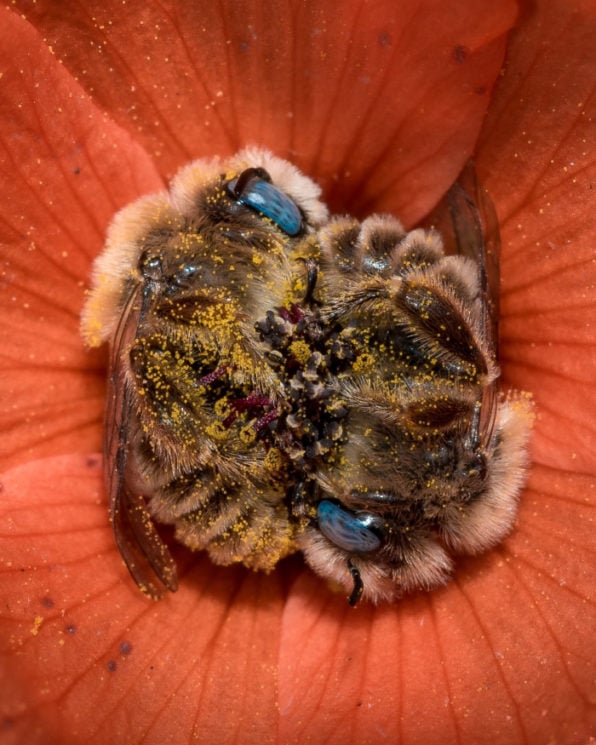 The bees Joe photographed belong to the species Diadasia diminuta and they sleep inside globe mallow flowers. You can learn more about them on United States Department of Agriculture’s website.

Honestly, I had no idea how bees sleep, or if they sleep at all. I especially had no idea that they can look this cute and cuddly even (although I still wouldn’t dare cuddle one). An article on University Communications Network explains that bees don’t have eyelids, so you won’t figure out that they’re sleeping by their eyes being closed. Instead, honey bees stop moving their antennae and in some cases fall over sideways, according to the article.

Joe was lucky to be on the spot and study their behavior, as well as capture it in these wonderful images. They are adorable, aren’t they? Check out more of Joe’s splendid work on his website and follow him on Instagram and Facebook.

These two penguins taking a selfie will melt your heart