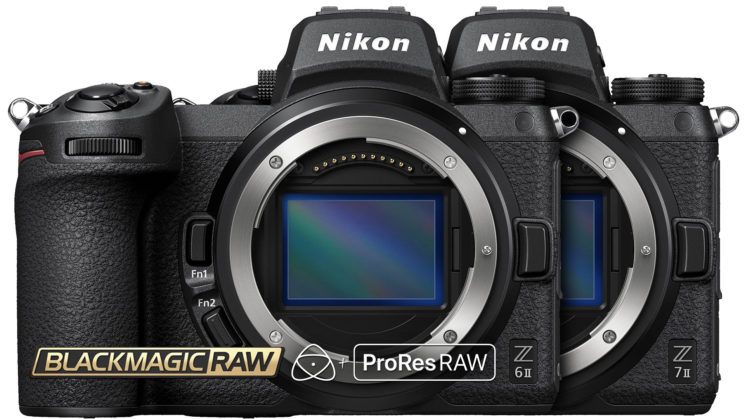 We already knew that ProRes Support would be coming in the form of the Atomos Ninja V, although Blackmagic has now confirmed to No Film School that they’ll also be supporting Z6 II/Z7 II 4K60p BRAW recording in the Blackmagic Video Assist 12G as well. And if you’ve already upgraded your Z6 or Z7, you’ll get it with those, too!

It was already announced that ProRes RAW support was coming to the Nikon Z6 II and Z7 II with the initial camera announcement and Atomos announced it would be providing support for both of the new cameras in an upcoming firmware at up to 4K30p resolution. This wasn’t much of a surprise, though as the Atomos Ninja V supports ProRes RAW with just about every camera that can send out a RAW over HDMI signal.

Update 30th October: To clarify the above, Both the Atomos Ninja V and the Blackmagic Video Assist 12G support 4K 60fps RAW recording, however, both units are only capable of recording 4K at up to 30fps with the Nikon Z6 II and Z7 II. This is due to a limitation of the Nikon Z6 II and Z7 II RAW over HDMI output being restricted to 30fps, and not a limitation of either monitor recorder. Both units should see 4K60fps recording become available with these cameras if and when Nikon decides to change their output.

It’s perhaps unfortunate that Nikon still seems to be sticking with the paid upgrade for RAW over HDMI support as many were hoping it would simply come built into the new cameras – as it does with a number of cameras from other manufacturers. Of course, that would require bumping the price of all the cameras up to cover any potential licensing fees. So, this way means that those people who don’t need RAW over HDMI don’t have to pay for features they won’t use and get a slight price break as a result.

Regardless, you’ll get a choice of BRAW or ProRes RAW if you go for the RAW over HDMI upgrade for either the Nikon Z6, Z7, Z6 II or Z7 II mirrorless cameras.