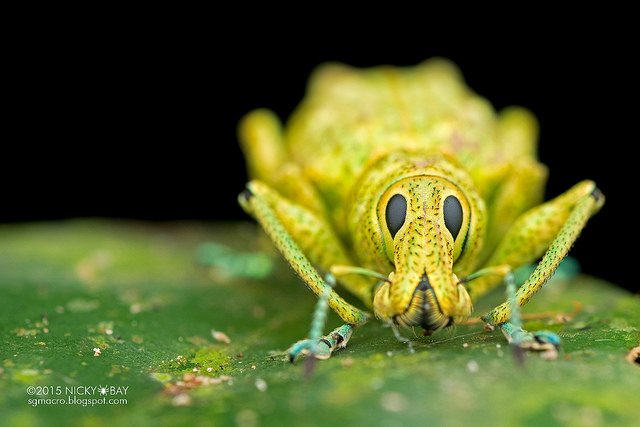 Photographer Nicky Bay headed to the Amazon’s tropical rainforests, but he wasn’t after the jaguars, anacondas, sloths or piranhas the region is so famous for.

Instead, being a macro photography, Nicky set out to document the creatures so small they are often overlooked or disregarded.

If you like creepy-crawlies you will love these photos. If you don’t, you’ll probably remove the Amazon rainforest from your travel wishlist. 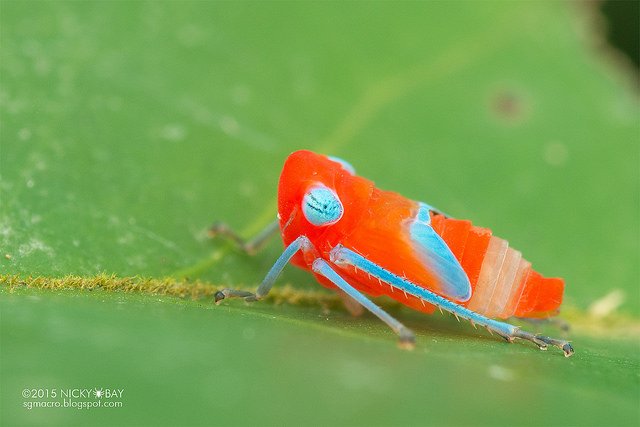 Leafhopper nymph (Cicadellidae). Felt like a kid with a box of crayons did this…

“Many tourists, explorers and researchers visit the Amazon’s unspoilt tropical rainforests in hope of spotting exotic mammals and birds,” Nicky wrote on his blog. “What most visitors miss out, are the most bizarre alien-like life right under their noses”. 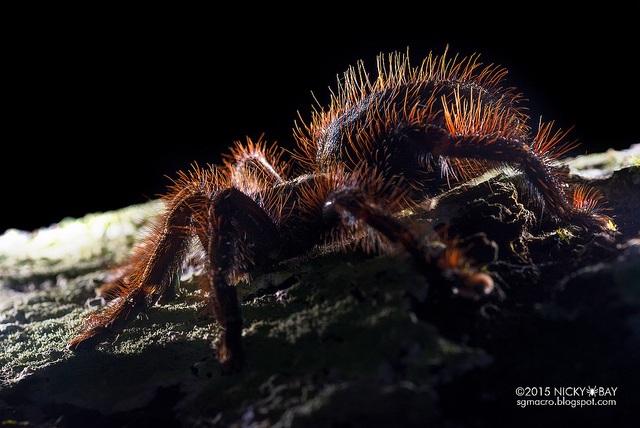 Tarantula (Theraphosidae). A weathered tarantula lurking around on a tree trunk at night

Nicky told DIYP that during the week he stayed there, he spent 4 hours each morning and another 4 hour each evening taking photos. The afternoons were used to rest, go over his photos and share them with the others at the lodge. 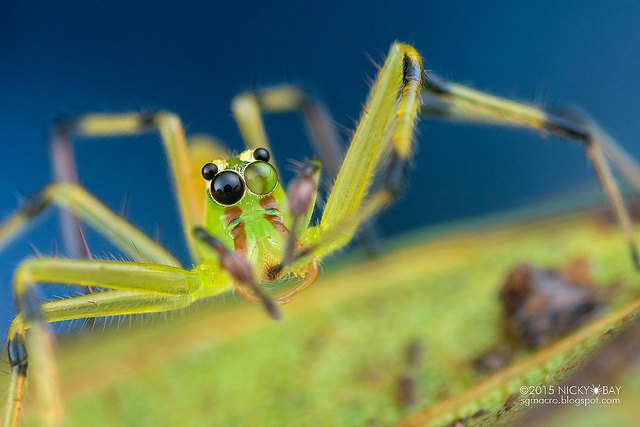 Jumping spider (Lyssomanes sp.). Many Lyssomanes were spotted. The anterior lateral eyes are situated just above the anterior median eyes

Despite his subjects differing from those of most travelers, it seems that being a tourist on an arthropod-safari isn’t all that different than being on your typical African safari:

“Speaking to the other visitors over meals and finding out what they saw in the day gave me a heads up on the locations of some subjects. Share what you find with others as well, and you might stir enough interest in others to join you in your walks to provide extra pairs of eyes.” 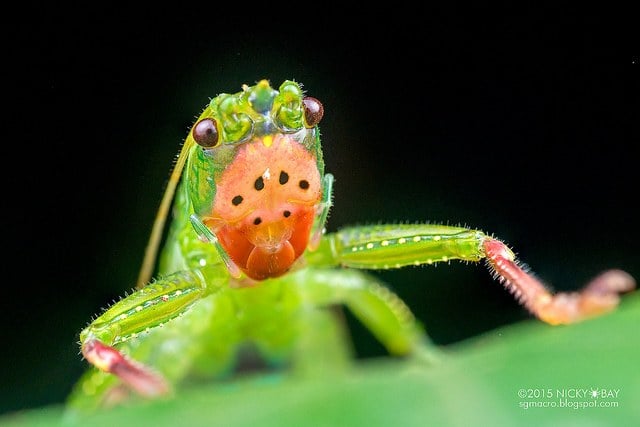 Alien Katydid (Vestria sp.) . Some of the katydids here look like aliens. This was no exception

We’ve seen some of Nicky fluorescent arthropods in the past, and I was pleased to see he took more of these photos in South America. 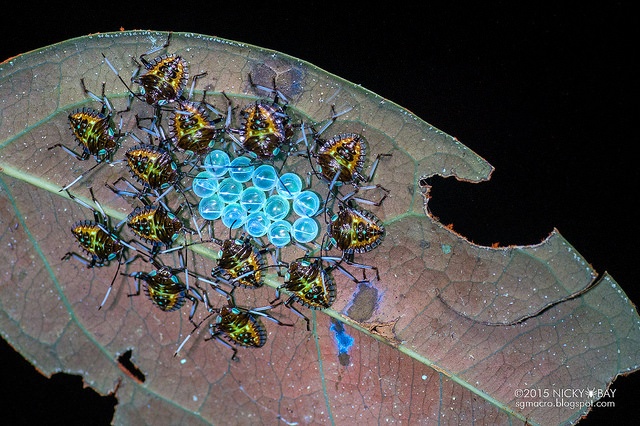 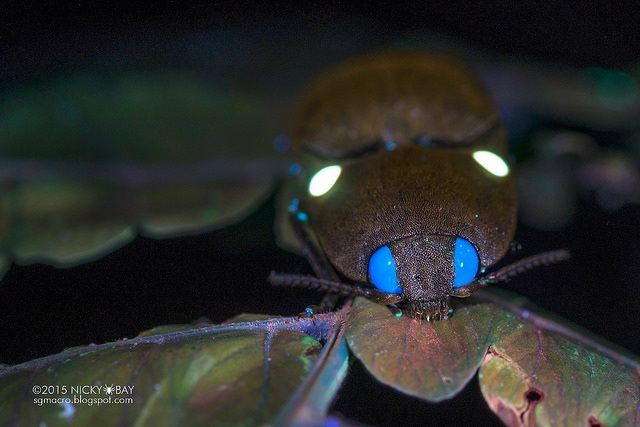 Click beetle (Pyrophorus sp.). This large click beetle has bioluminescent blinking spots on the posterior edge of the thorax, and the eyes fluoresce under ultraviolet too! 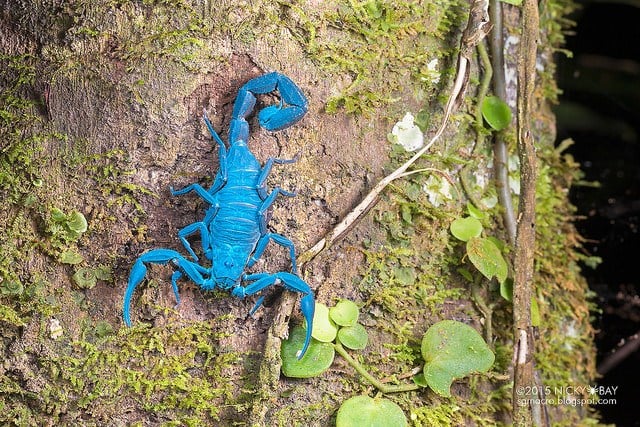 Scorpion (Scorpiones). Some of these scorpions were hanging out on tree trunks at night. Fluoresced brightly under ultraviolet

The majority of the 4000 or so photos Nicky captured were taken with a Nikon D800, Tamron 90mm f/2.8 lens and Raxynox DCR-150, illuminated with two Nikon SB-R200 macro flash units and softboxes. 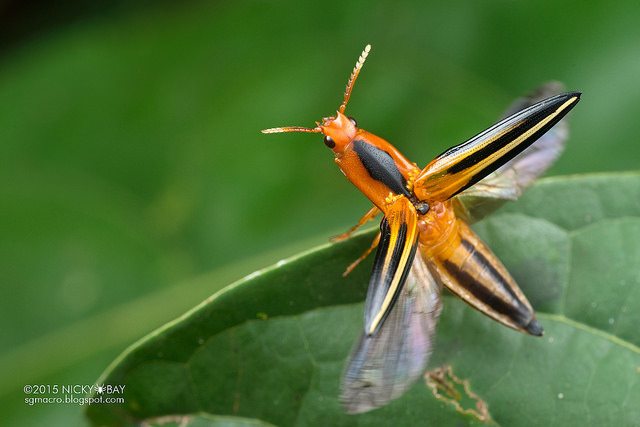 Having the right gear, though, doesn’t mean you’ll have an easy time shooting in the Amazon.

Nicky listed for us a few of the challenges he encountered in the rainforest: 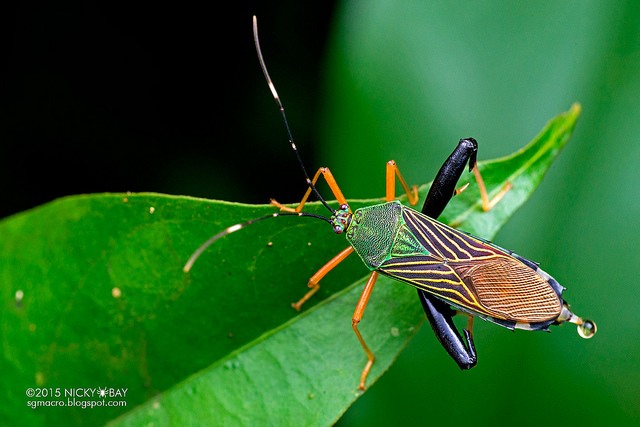 These photos are just part of a list of 50 tiny creatures Nicky posted, so make sure you check out the full blog post for the rest of the photos. You can also see more photos on Nicky’s Facebook page. 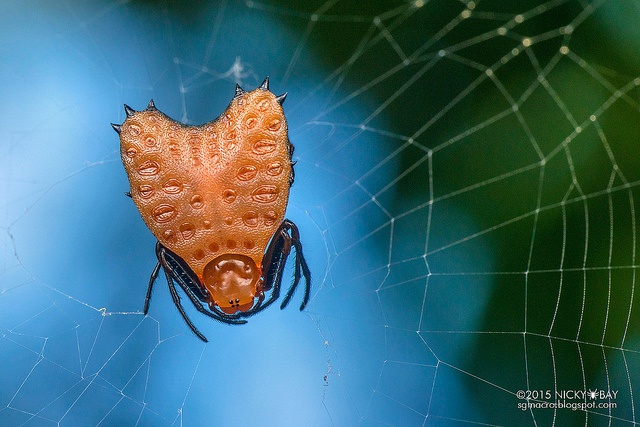 Thorned heart orb weaver (Micrathena clypeata). I called this the Heart spider. Such a beauty! 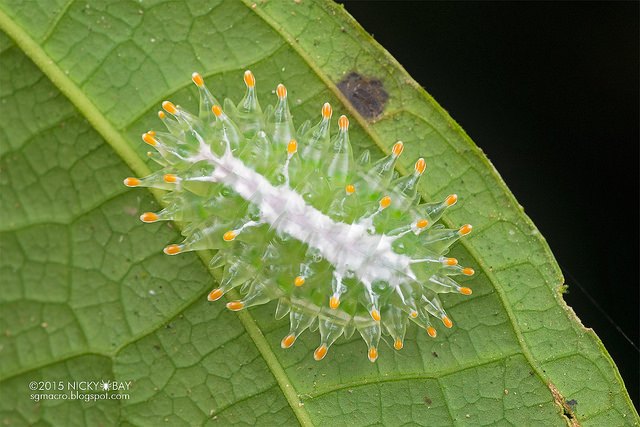 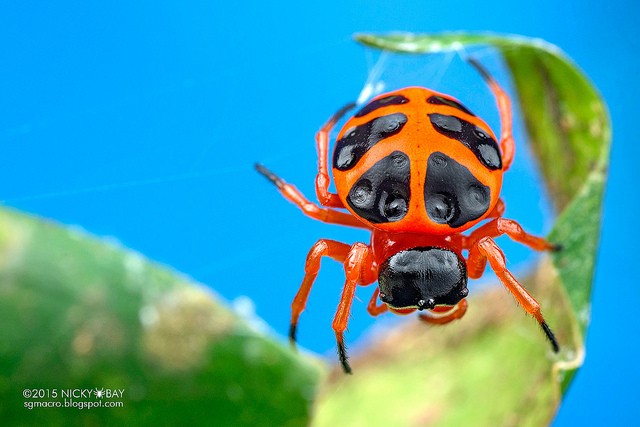 Tortoise orb weaver (Encyosaccus sp.). One of the best finds of the trip! Possibly mimicking a ladybird? 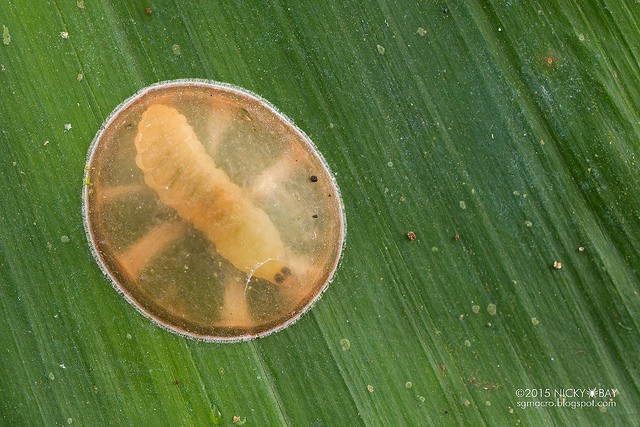 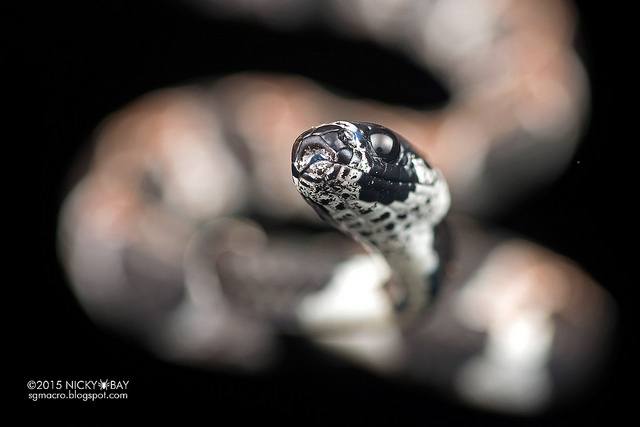 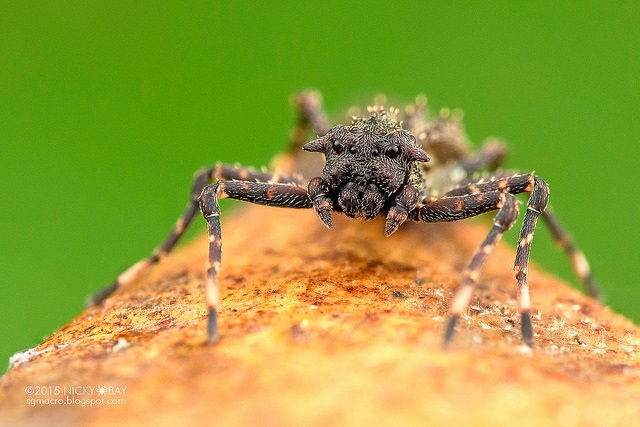 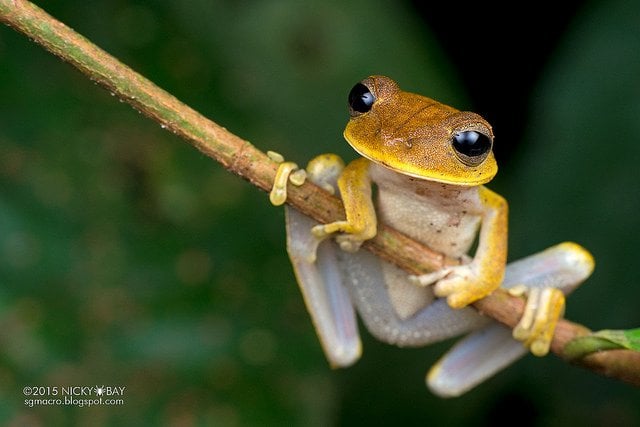 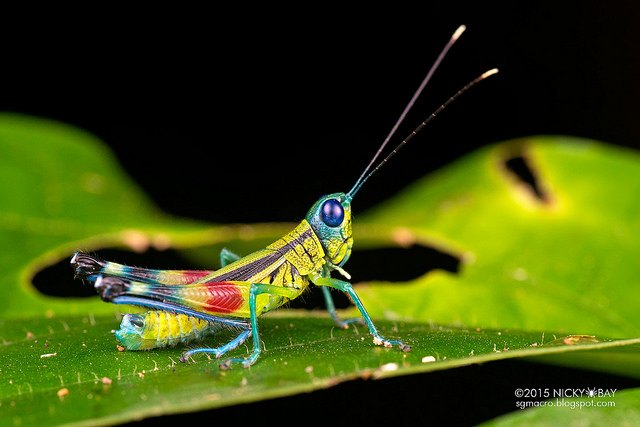 Rainbow Grasshopper (Caelifera). Many of the grasshoppers donned colours that might make a rainbow jealous 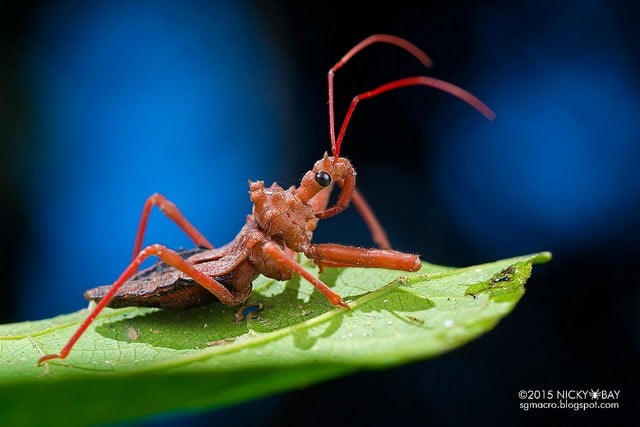 Assassin bug (Reduviidae). For some reason, this assassin bug looked like a toy… 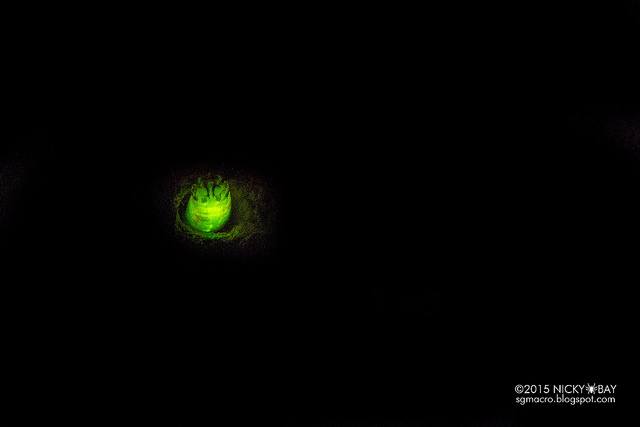 « Tutorial: How To Create A Textured Face White Walker (From Any Portrait)
Meet Arturo, an adorable R2D2 drone ready to take to the skies »