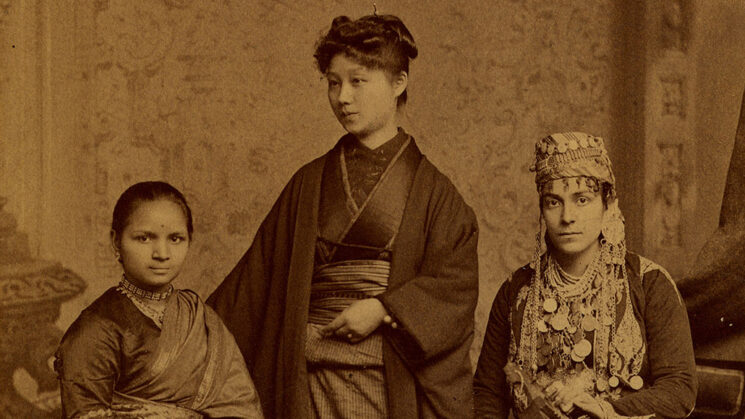 I enjoy learning about people who made history and paved the way for the generations after them. This photo shows three of these women captured together way back in the late 19th century. These are the first three licensed women doctors from their respective countries who obtained a degree in Western medicine.

The photo is dated 10 October 1885. The three women, from left to right, are Anandibai Joshee from India, Kei Okami from Japan, and Sabat Islambooly from Syria. The image is a part of the DrexelNow “Faces of Drexel” series, published in 2017 and celebrating the 125th anniversary of Drexel’s founding in 1891. 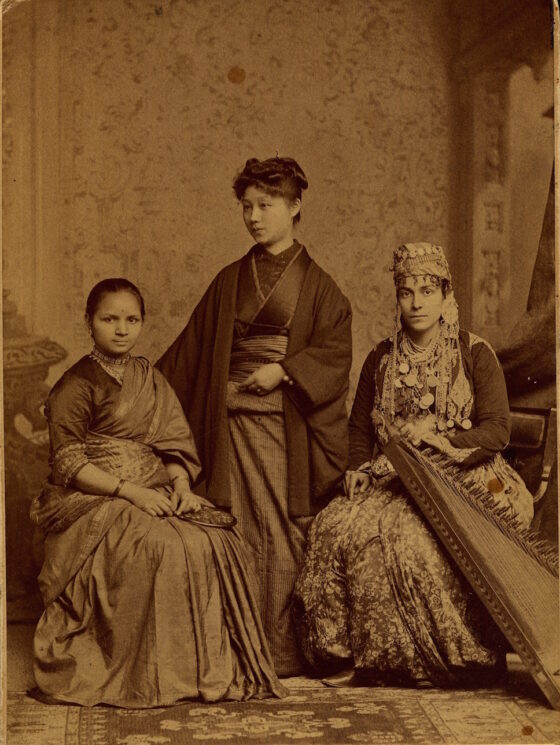 “Drexel’s College of Medicine was formed in 2002, but it is actually made up of many earlier institutions with deep histories that consolidated into one entity over many generations,” writes Alissa Falcone. “Perhaps one of the most pioneering of those legacy institutions is the Woman’s Medical College of Pennsylvania (WMCP), which was one of the world’s first medical schools for women.” The three ladies from the historic image were all WMCP graduates. Anandibai Joshee graduated in 1886, Kei Okami in 1889, and Sabat Islambooly in 1890.

Anandi Gopal Joshi was born, raised, and married in Kalyan, India on 31 March 1865. According to Wikipedia, her husband encouraged her to study medicine, and she eventually did. She traveled to New York from Kolkata by ship and was admitted to WMCP in 1883. Due to the cold weather and presumably poor diet, her health deteriorated in the US and she contracted tuberculosis. Nevertheless, she graduated with an MD in March 1886. Joshi returned to India later that year and the people gave her a warm welcome. Sadly, she died of tuberculosis on 26 February 1887 before turning 22. 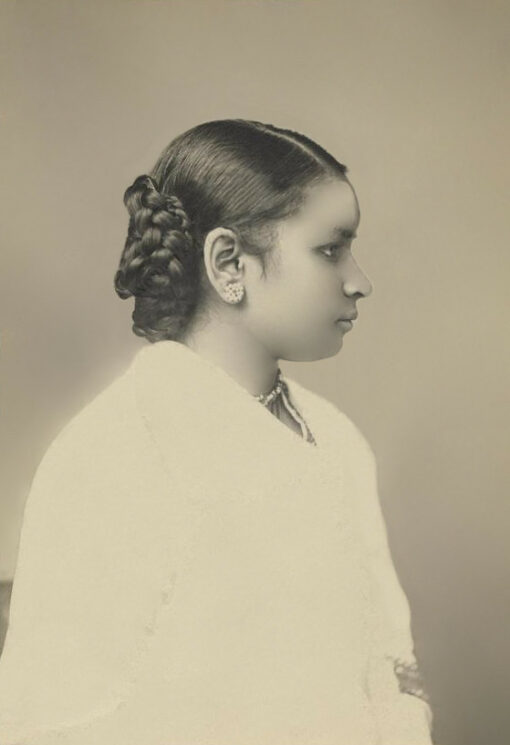 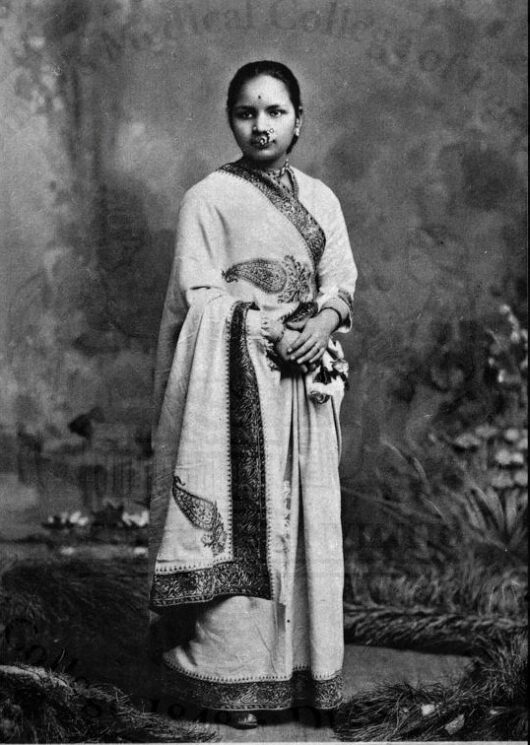 Kei Okami was born as Nishida Keiko in Aomori Prefecture on 11 September 1859. She married an art teacher, Okami Senkichiro, at the age of 25, with whom she traveled to the US. Okami received aid from the Women’s Foreign Missionary Society of the Presbyterian Church which helped her to enroll in WMCP. Graduating in 1889, she became the first Japanese woman to obtain a degree in Western medicine from a Western university.

Upon graduation, Okami returned to Japan where she started working as a doctor at the Jikei Hospital. According to some reports, the Emperor, Meiji, refused her care because she was female, which caused her to resign. She opened her own clinic, reportedly working in gynecology and treating tuberculosis patients.

After closing the practice, Okami served as the vice-principal of Shoei Girls’ school. She opened a small hospital for women with a friend in 1897, where she also established a nursing school. After nine years, she retired due to breast cancer. She died on 2 September 1941, a few days before her 82nd birthday.

Sadly, there isn’t much known about Sabat Islambooly. She was born to a Kurdish-Jewish family and was one of the first Kurdish female physicians from Syria. After her graduation from WMCP in 1890, she is believed to have gone back to Damascus, and then to Cairo in 1919. There is not much information about her after leaving the United States, other than the year of death being 1941.

Anandibai Joshee, Kei Okami, and Sabat Islambooly were the pioneers in their respective countries and certainly women whose names we should remember. Before them, the first woman to receive a medical degree in the US was Elizabeth Blackwell from England, who graduated in 1849 at Geneva Medical College. And the first woman doctor in the world was Dorothea Erxleben from Germany. She fought for her right to study medicine as a woman and received her MD from the University of Halle in 1754.

This film will be shown entirely on Instagram, 15 seconds at a time

« Photographer finds a bug in his lens. But will it show in the photos?
Sony ZV-E10 announcement on July 7th – first photo leaked already? »