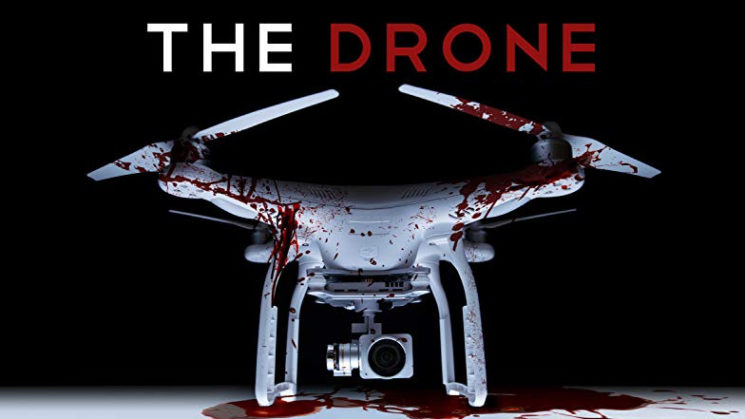 Drones are no stranger to the articles on this website, so a movie that features a drone it’s pretty relevant, right? Well… I don’t even know what to say about this one. Unless this is supposed to be a comedy, and I genuinely can’t tell from the trailer, I cannot think of a dumber idea for a movie than this.

So, it’s like Child’s Play? But Chucky’s a drone? Yes, folks, that’s basically the plot of “The Drone”. “A serial killer transfers his consciousness into a consumer drone”, the trailer description says. In this case, some model of DJI Phantom.

Yup, that makes total sense… So, it’s going to be a 25 minute movie? 20 if the wind’s against you? Because that’s how long the battery’s going to last. And if there’s a serial killer trapped inside it, who’s going to want to recharge him? And what if he got angry about something and ploughed on through the low battery warnings? He’d have fallen out of the sky like a rock.

No, this either has to be some kind of spoof trailer or the whole movie’s trying to go for that “Scary Movie” kind of vibe. Because if this is supposed to be a serious movie… It can’t be… Can it?

Well, it’s on IMDB. It’s listed as having been in post-production since 28th September 2017. So it’s odd that the trailer’s coming out now to very little fanfare.

I kind of hope this is a real movie now. I think I want to see it. Even if just to satisfy my curiosity.