I’ve been a fan of Cosyspeed’s bags for a while now. I own a couple of them myself. They’re very handy when you want to be able to keep both of your hands free, but still have quick and easy access to your camera while out and about. Cosyspeed has changed directions slightly with their new Phoneslinger bags, taking square aim at mobile smartphone photographers.

The Phoneslinger Power is, as the name suggests, a bag for holding your phone along with a powerbank. Included is an 8000mAh powerbank capable of QI-Wireless charging. If your phone doesn’t support wireless charging, you can still use it via USB. 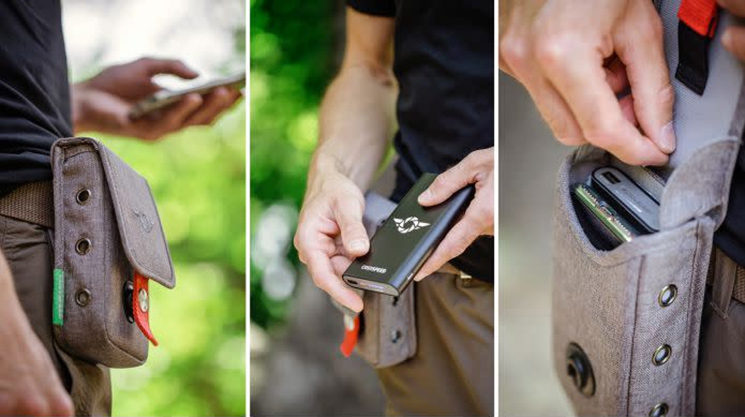 The Phoneslinger Prime is the big daddy of the new bags, designed to hold your phone along with a bunch of external lenses, like those from Moment or Zeiss. It has plenty of room to hold four lenses, as well as one already attached to your phone, and it can handle giant sized phones like the iPhone X, Galaxy Note and ZenFone 5. 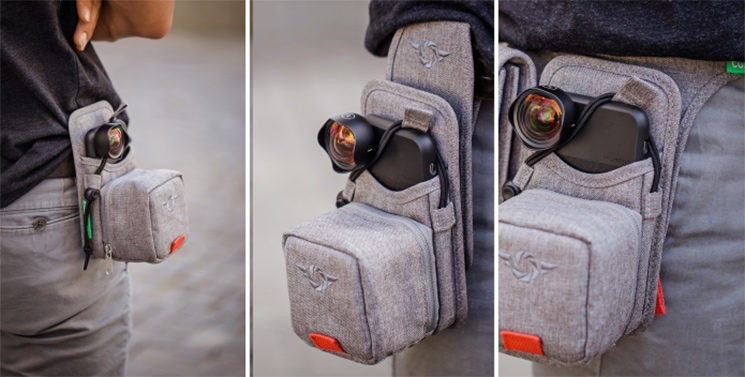 And the Phoneslinger Outdoor is a minimalist rugged pouch for keeping your phone safe while hiking or climbing – also, they look very handy for location photographers who are constantly bending up and down and having to deal with a giant phone in their pocket constantly digging into their leg. 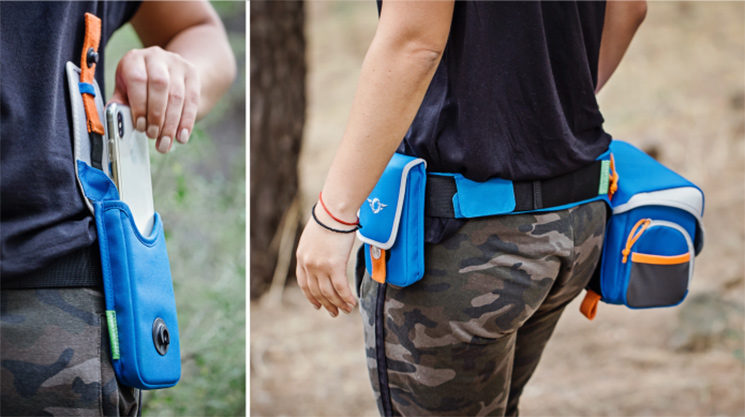 The accessories to go along with the new Phoneslinger bags include the new Flowbelt, designed to be used on its own if you don’t already wear a belt or use another Cosyspeed bag for your regular camera. This, like most belts, goes around your waist, providing attachment points for the various holders and other doohickies.

There’s a Prime Pouch, which offers a little more storage above the two Phoneslinger bags, and there’s the Beltpad.  e Beltpad can either attach to your regular belt, the strap of another Cosyspeed bag, such as the Streetomatic+, or it can add a space for an extra Phoneslinger bag onto your Flowbelt if you want to attach more than two. And finally, there’s the Stuffbag. This allows you to store all of those extra things you often carry around with you and also includes a wallet. 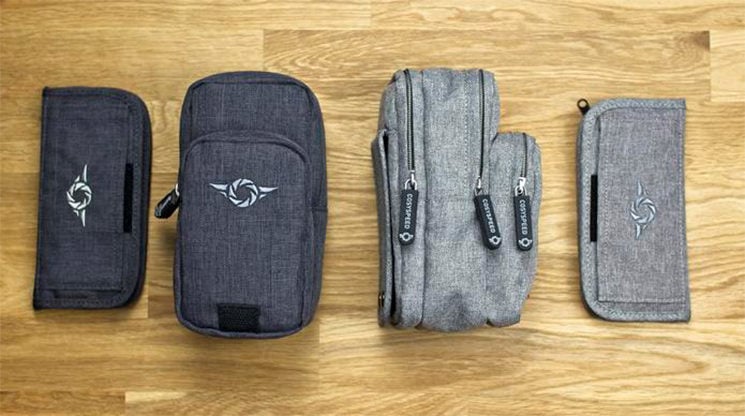 I’m not going to list all the prices here except to say that they start at $16 for the Beltpad and go up to $149 for the Power kit, which includes the Phoneslinger Power, Stuffbag & wallet, the 8000mAh powerbank, the Prime Pouch and the Flowbelt.

You can see the whole lineup, including prices, on the Indiegogo campaign.

It’s an interesting looking system. And it looks like you don’t even need to have the Flowbelt or another Cosyspeed bag to be able to make use of them. They’ll probably snap right onto the shoulder straps of a couple of my camera backpacks.

I think I’m going to have to pick some of these up to keep my phone out of the way when shooting. It sure beats coming home from a location shoot with a bruised thigh because phones are far too big these days and dig into your leg whenever you crouch down low to get a shot.

If you have a giant phone and shoot on location, you need the Cosyspeed Phoneslinger

CosySpeed Streetomatic Review: A bag that helps you use your camera more

« Facebook thinks Irving Penn’s work is pornography, censors it for nudity
If you want to start making money from photography, avoid these five mistakes »