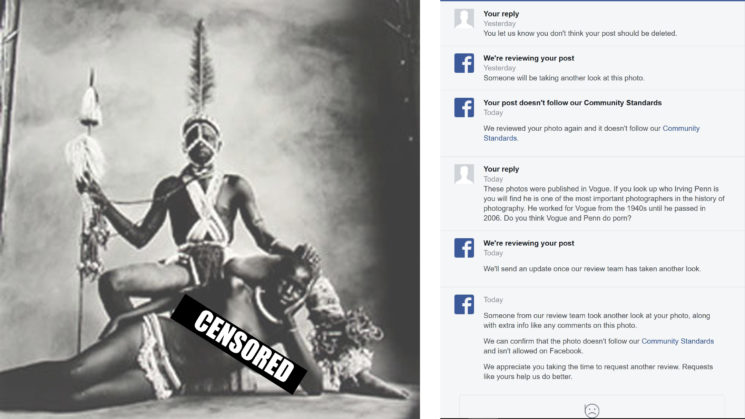 Cheng visited Penn’s World’s in a Small Room Exhibition at Fahey-Klein Gallery in L.A. In Penn’s images that were displayed, he used natural light from a window to document cultures on the verge of extinction. Cheng felt inspired by Penn’s work, so when he got home, he made a Facebook post of Penn’s portraits. Two of them had women with bare breasts, and Facebook removed the post in a matter of minutes. The reasoning behind this is that it “violated the community standards that do not permit nudity or sexual activity.”

After having the post deleted, Cheng asked for a review. The review said the same thing – “community standards have been violated.” Then the photographer asked for a second review, and once again, the reply was the same. Apparently, Irving Penn’s photos have nothing to do on Facebook. 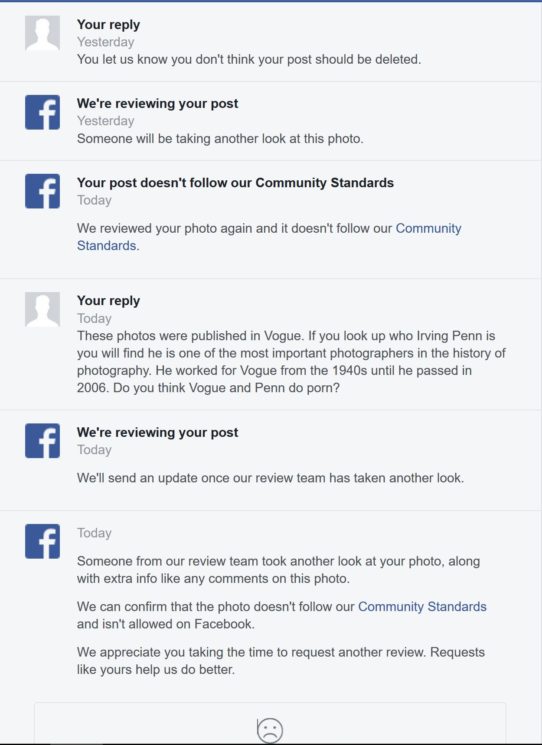 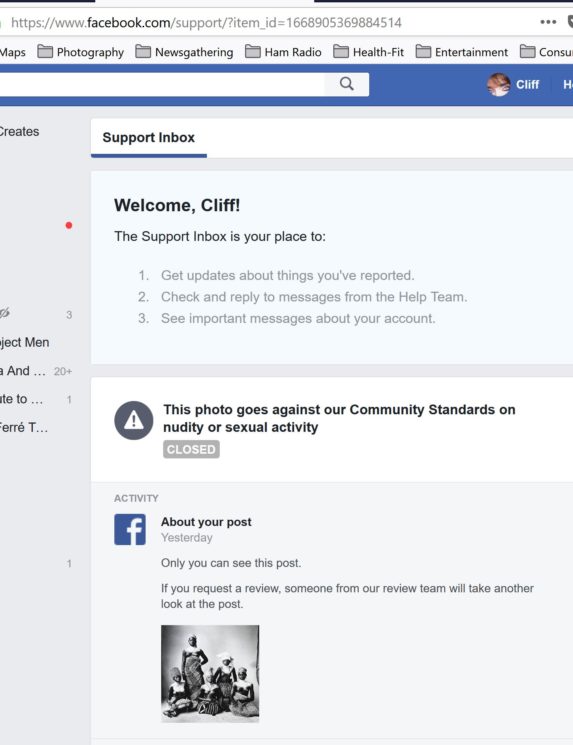 Perhaps you remember when Facebook censored Nick Ut’s Pulitzer Prize-winning photo Napalm Girl. Cheng was one of the people who protested in this case. He explains that this image is “documenting of the horrors of war” and that is “one of the most important photographs in history.” He adds that it “helped change American public opinion from being for to being against the war in Vietnam.” And Facebook didn’t comprehend this until a protest was launched.

As Cheng writes, Penn was documenting cultures which were being extinct as the modern world encroached upon them. “Judging these extinct cultures by 2018 standards is disrespectful to other peoples’ cultures, it is Eurocentric,” he writes. Cheng also wonders why men are allowed to be bare-chested on Facebook, while women are not. Personally, I believe many people have wondered the same thing. There was even a movement on Instagram a few years back where people added photos of men’s nipples onto women’s breasts because bare-chested males aren’t censored on this social network, while the females are.

Now, I do understand that Facebook determines what’s in your images with the help of AI. And artificial intelligence is still artificial. But, after a human reviewing the photos, the post was still considered inappropriate. Here’s an excerpt from Facebook’s Community Standards on nudity:

“For example, while we restrict some images of female breasts that include the nipple, we allow other images, including those depicting acts of protest, women actively engaged in breast-feeding, and photos of post-mastectomy scarring. We also allow photographs of paintings, sculptures, and other art that depicts nude figures.”

Judging from Facebook’s Community Standards, you can post photos of art that contains nudity. But you can’t post photos of people who are nude, even if those photos were taken by a famous photographer and are a work of art on their own. I wonder, though, if the outcome would be different if Cheng took photos of those images at the exhibition. Then they would be “photographs of art that depicts nude figures,” so I guess they would meet the community standards. No matter how absurd that is.

What do you think of this case? Should photos taken by famous photographers be an exception to the rule? Or they should also follow under Facebook’s community standards and be removed if they contain nudity?