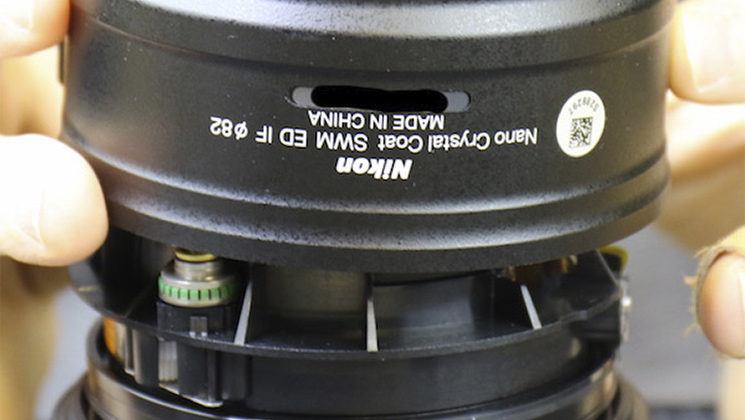 When I see the phrase “for those of you following along at home” in a teardown article, I know it’s going to be a good one. This is especially so when it’s the first public teardown of such a new and expensive lens. Nikon announced the 105mm f/1.4E back in July to much fanfare. Many photographers who managed to get their hands on one instantly fell in love.

So, what’s caused this teardown now? Is there an issue with these lenses? Nope, it’s simply maintenance and cleaning. For most of us, a few specks of dust aren’t an issue, but for gear hire company LensRentals, the equipment has to look like brand new each time it goes out to the next client. This means regular teardowns and cleaning of their equipment.

They had planned to do a teardown when stock allowed, but due to some unexpected dust showing up inside a week-old lens, they decided to go ahead and do it now. As this is the first time they’ve torn down the new Nikon, LensRentals decided to document the process. Before opening things up, they made a few assumptions, or shall we say “hopes”.

I thought this lens would have nice,  modular construction, no soldered wires running hither and yon, not so much Kapton tape holding stuff down, and maybe even some curved circuit boards. You know, like a lens from the 21st century, not like one from the 1980’s.

Upon disasssembly, though, they were able to make a more solid assessment of the lens’s interior construction.

There is some real modularity and superb construction to this lens. There were also big chunky square circuit boards and wires soldered hither and yon held down with Kapton tape.

Of course, what’s most important for daily use by photographers is how well the lens handles and how good the image quality is. Everything else is just a means to an end.

Ultimately, they were unable to remove the dust they’d seen inside the lens as it was contained within sealed lens groups, held down by glued in screwes. So, it’ll have to be sent back to Nikon for a thorough clean. 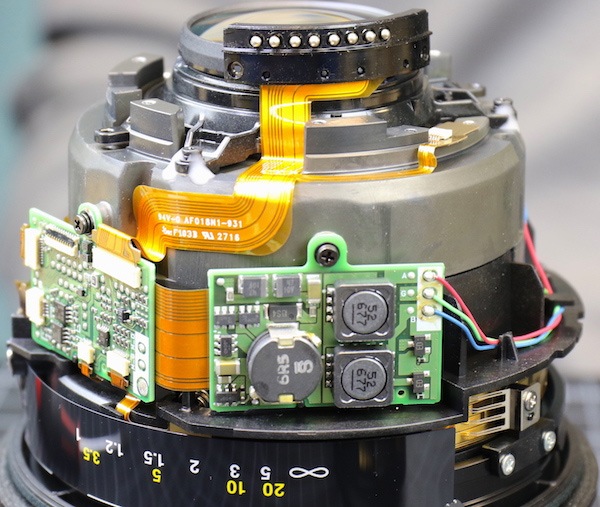 Regardless, seeing the internals of how moden lenses work and how technology has evolved over the years fascinates me. You should definitely check out the full teardown article here. Images courtesy of LensRentals.

I’ve taken apart a few older M42 lenses when they’ve needed a good clean, but I think I’ll stay clear of dismantling my more expensive glass. How about you? Which of your lenses have you taken apart to clean or repair them? Were you nervous? Were you successful? Let us know in the comments.