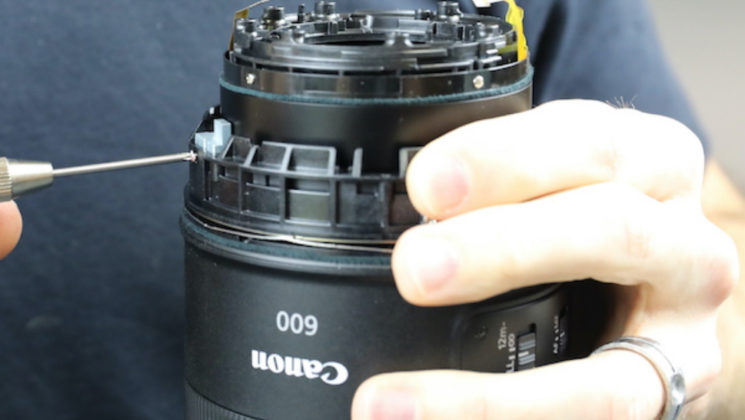 Canon’s RF 600mm f/11 IS STM lens is tiny. At least, it is when you compare it to the typical 600mm lenses that wildlife and sports shooters use. It’s also super lightweight, coming in at around 2lb (930g) and costs a mere $699. Sure, its f/11 max aperture is hitting “diffraction territory” but for social media, it’s plenty good enough.

At least, that’s the thought that convinced Roger Cicala at LensRentals to buy the RF 600mm f/11 IS STM lens. It’s not a lens he needs often, but he regularly spends time near a lot of wildlife and wanted a lightweight lens to take with him. Naturally, after all, he’s Roger Cicala, the lens was dismantled pretty much as soon as it arrived.

Not surprisingly, this isn’t Canon’s finest glass, as the MTF charts posted on LensRentals demonstrate. But it is an interesting design, which uses diffraction optics and “special glue” to achieve that kind of focal length in a small package.

It’s f/11, but it’s still 600mm in a 2-pound package, which is unheard of. They do it with diffraction optics. The same type as the 400mm f/4 IS DO, specifically, the newer ‘gapless’ diffraction optics. This basically is market speak for ‘instead of an air space between the DO elements, we invented some special glue.’

Compared to ‘gapped’ diffraction optics, the gapless design reduces longitudinal chromatic aberration, ring-shaped flare, and improves contrast. Some. You can read about it here.

From reading the description of its deconstruction and looking at the images shown in the teardown, it seems like a pretty solidly built lens. Sure, it’s never going to compete on the image quality of something like Canon’s EF 600mm f/4L IS III USM, but it’s not really meant to. It’s aimed at people who just want a light long lens to take out occasionally to shoot photos for social media. People like Roger. 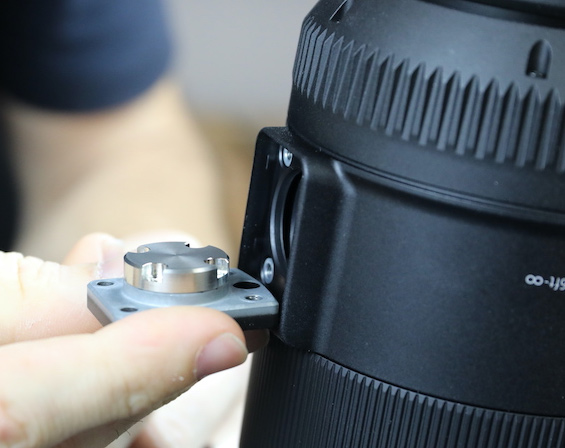 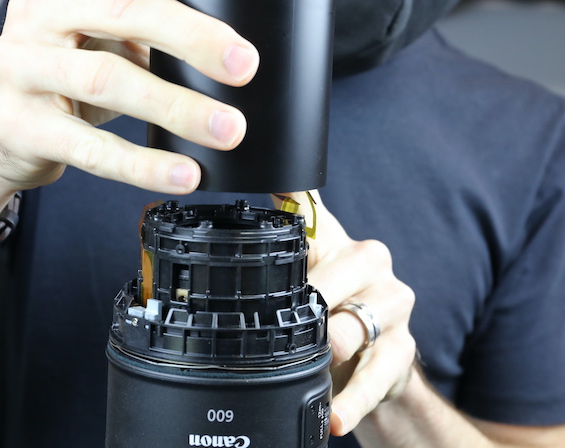 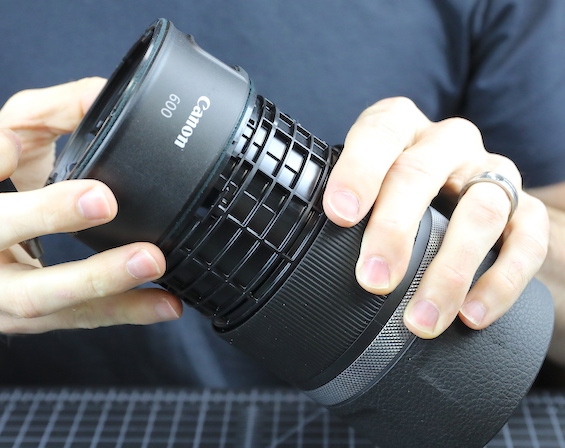 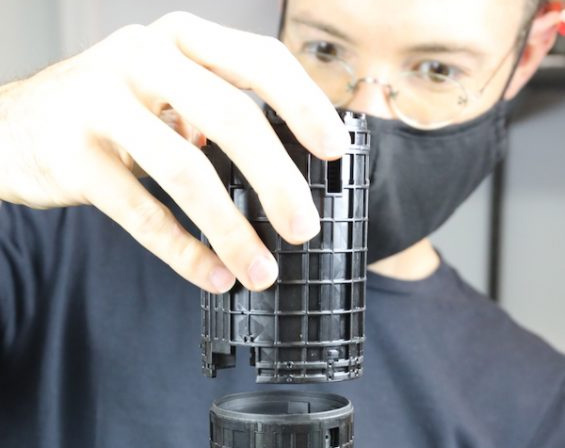 Roger says that after three hours into the disassembly, time was running out. There was still so much more left that could be taken apart, but Roger had to leave for a trip within an hour or two, so Aaron put it back together. They discovered during the process that while the optical construction had “a very Canon look”, the lens overall was surprisingly complex for a Canon lens.

Unfortunately, during reassembly, this complexity became an issue. Not everything was put back quite how it was supposed to be and the lens didn’t work for Roger during his trip. It just goes to show that even when you do this kind of thing for a living, things can go wrong – especially when you’re rushed. So, now they have to tear it down again to try and fix it. Not something they ever plan to do again.

If you want to take a peek inside Canon’s new long slow glass, be sure to head on over to LensRentals Blog to see the complete teardown.