As a photographer, it’s one of the worst things that can happen. You’re away for three weeks travelling and shooting – for work – and right at the beginning of the trip you drop the only lens you’ve brought with you. That’s what happened to Pierre Lambert and his $2,300 Sony 16-35mm f/2.8 GM lens recently.

With part of the body of the lens twisted, there were obvious issues. Pierre chose to take the rather unconventional decision to attempt to repair the expensive lens himself. Fortunately for us, he shot video so the rest of us can see what’s contained inside this $2,300 lens.

Despite the lens being a bit bent, Pierre managed to carry on shooting with it for the next three weeks, hoping that the slightly out of focus edges of the shots wouldn’t become an issue. He had no access to tools to repair the lens while he was away, and he took no other lens with him, so he didn’t have much choice.

On arriving home, though, he dismantled the lens in order to determine what had happened. And with the lens in pieces, he could see that it was all down to a simple screw. 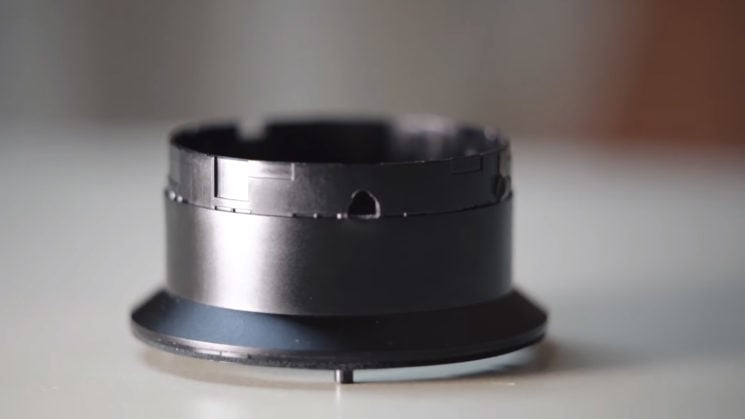 The impact had caused a screw to snap the plastic, no longer holding the barrel in place. But replacing this part proved to be somewhat tricky. When looking at the website to order spare parts, there were no images next to any of the listings, so he had to take a best guess at which item it was. Fortunately, his guess was correct and on receiving the part was able to reassemble the lens. 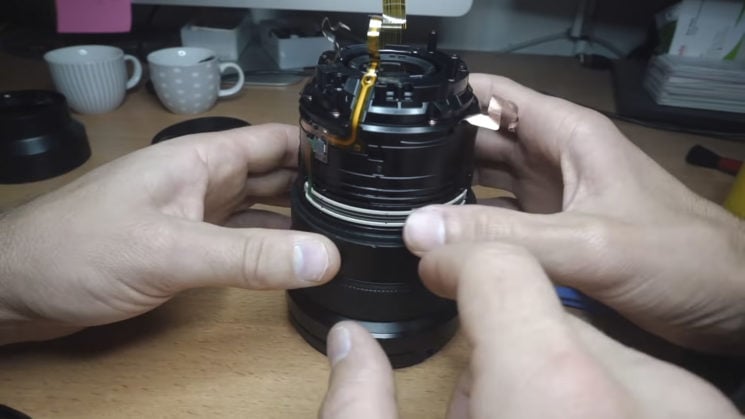 When all was reassembled with the new replacement part, it all functioned perfectly again. Pierre’s DIY repair worked out well in the end, although I wouldn’t advise doing your own repairs unless you know what you’re doing. And even if you do know what you’re doing, it’ll probably void your warranty.

If you’re going away and worried you might break something, you might want to consider taking a backup.