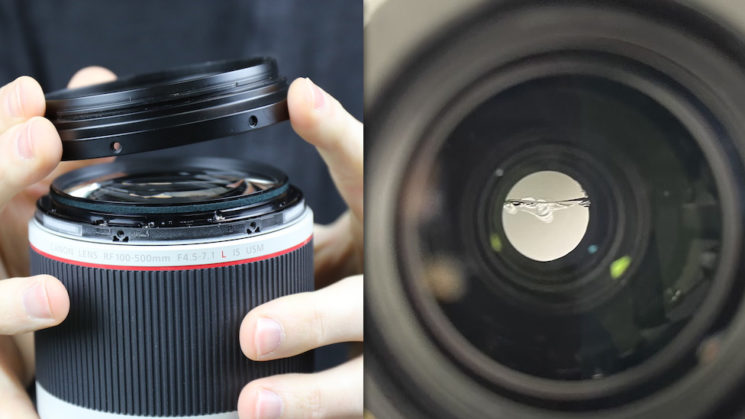 This is probably one of the most in-depth lens teardowns I’ve seen from Lensrentals. Their efforts weren’t by choice, though. The lens lied to them. The team recently posted a teardown of the Canon RF 100-500mm f/4.5-7.1L IS USM lens that had a broken element inside it. It appeared as though the element might reside inside the stabilization system, which is relatively easy to remove.

It turned out, though, that the IS system of the lens was simply masking the true location of the broken element. This resulted in the need to pretty much completely dismantle the entire lens, down to almost its core constituent parts, in order to track down exactly where in the optical makeup it was. 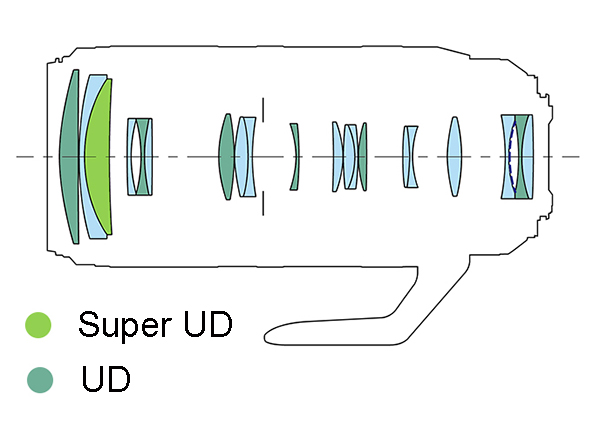 The teardown begins simply enough. They have a diagram of the lens optics, so they know how many groups the elements are in, and the initial disassembly was quite straightforward. Remove a few acres, off comes the filter barrel, exposing more screws to remove a weather sealed retaining ring, and then six more screws to remove the front group of elements. 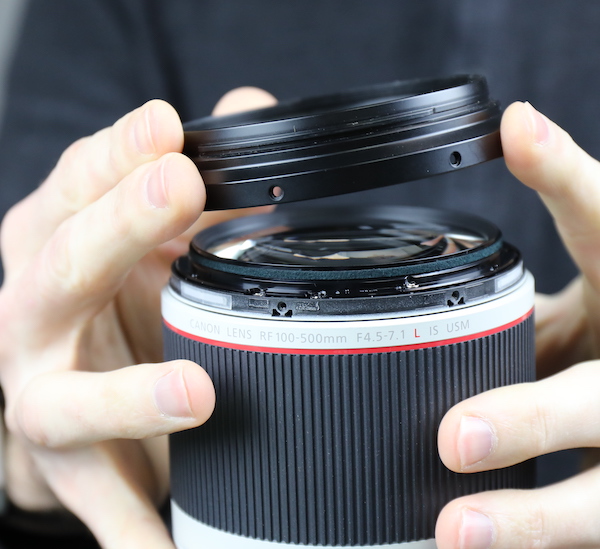 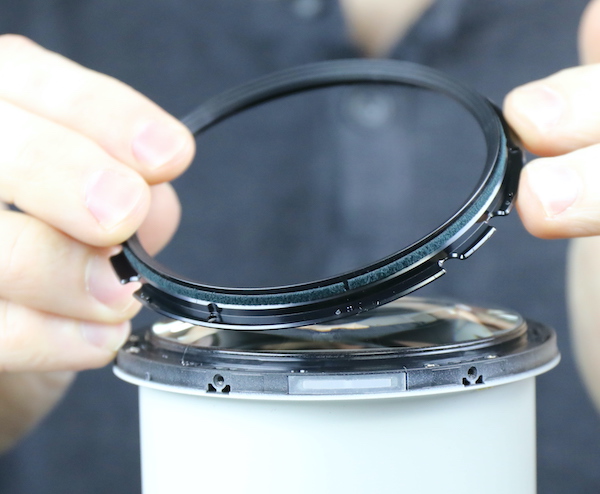 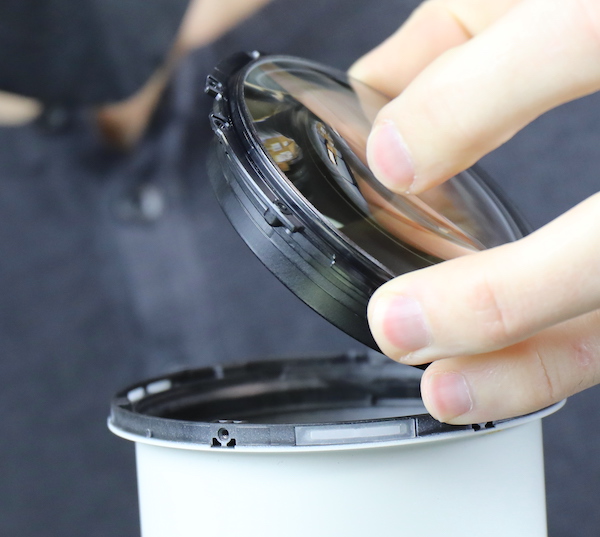 Roger and the team at Lensrentals can be forgiven for thinking that the damaged element resided within the stabilisation system, as they say that when they shook the lens and the IS system moved, so did the crack. Of course, as Roger later points out in the teardown, “a lens is full of elements that refract images”, which means that as the IS system moves, so does the crack, even if the crack isn’t in the IS system.

With the IS system exposed, it was getting a little easier to see the crack. And while it didn’t move a much as it had when the lens was fully assembled, it still moved as the IS system shook around. But the confusion was already starting to set in. So, the team now began to tackle the lens at the opposite end, removing the lens mount, and the rear barrel, revealing some pretty fantastic engineering inside. 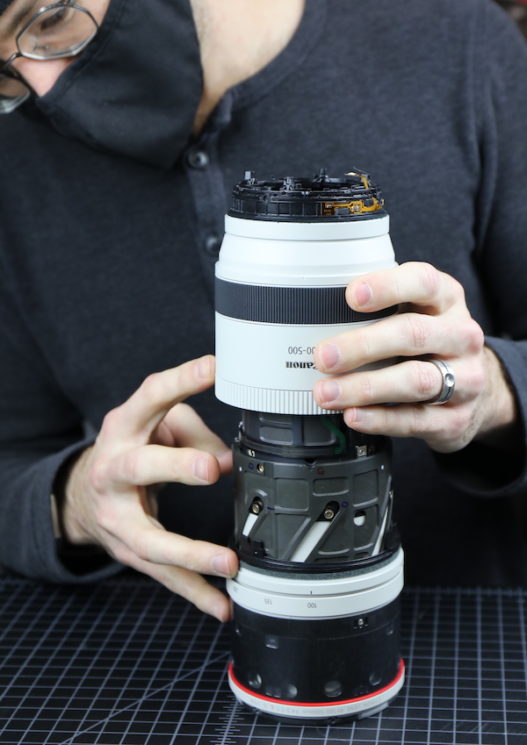 By this point, though, they still hadn’t discovered the optic that contained the crack. At this point, the team still isn’t entirely sure if the cracked element resides within the IS unit or not. But after a little more disassembly, they realised that it wasn’t. And after a lot more disassembly, they finally discovered and extracted the offending element.

Roger’s Rule of Broken Parts: The hardest to get to part is the one that’s broken.

Aside from the obvious fascination of looking inside one of Canon’s new RF mount lenses, particularly one so well and complexly designed, what’s particularly interesting about this is that there’s no logical reason why this element should’ve gotten damaged in the first place. They say it was physically impossible for this element to hit anything else within the lens and nothing else in there showed any signs of an impact strong enough to cause this kind of damage to a glass element. 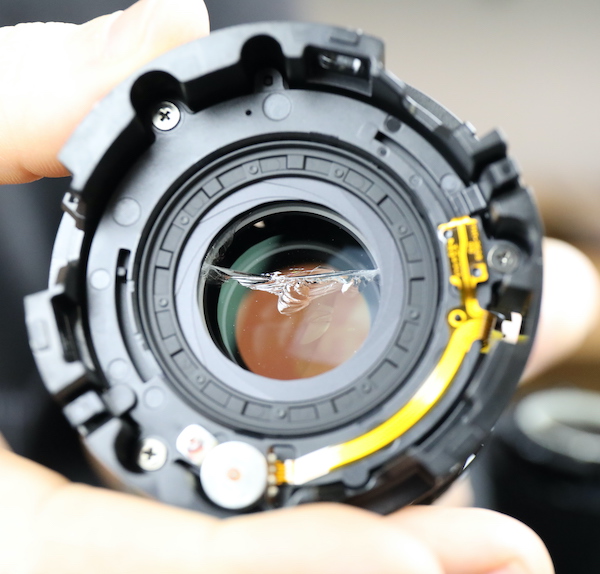 It’s definitely an interesting one and one that’s stumped the team at Lensrentals. They’ve no idea what could have caused this element to just spontaneously crack with no evidence of any impact. Thermal shock was considered, but after consulting with people who know about such things, it was deemed improbable.

But there’s more to this teardown than just the mystery of the broken element. So, head on over to the Lensrentals blog to see the complete teardown and the engineering that went into designing the Canon RF 100-500mm f/4.5-7.1L IS USM lens. It’s a fascinating breakdown, particularly the mechanics of how the zoom functions and the whole host of flexible PCBs connecting everything together.

[via Lensrentals / Images used with permission]