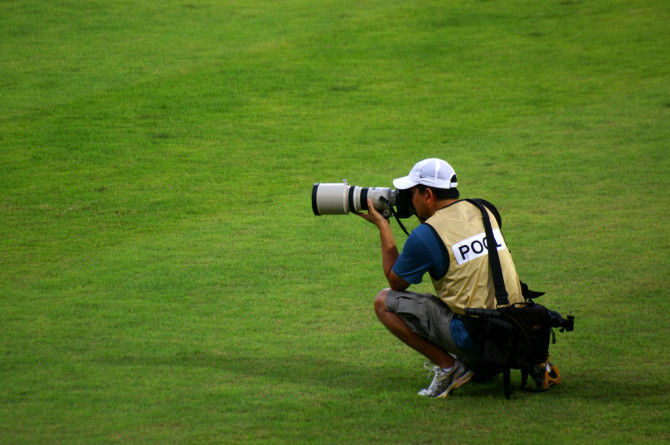 There aren’t many working staff photographers around the world that aren’t worried about their jobs or wondering when the day will (inevitably) come when their publication will start handing out marching orders to the photography department. For the six remaining staff photographers at Sports Illustrated, that day came yesterday when the publication announced they would no longer need the services of Robert Beck, Simon Bruty, Bill Frakes, David E. Klutho, John W. McDonough, and Al Tielemans.

The magazine’s director of photography, Brad Smith, confirmed the news, citing “economic circumstances”. Sports Illustrated’s is undergoing several changes under the direction of parent company, Time, INC. In addition to letting go if it’s photographers, the magazine is also moving it’s headquarters into a smaller building because they cannot afford the rent in their current location any longer according to a statement issued to one of the photographers from a Sport’s Illustrated editor.

Donald Winslow, editor for the National Press Photographers Association (NPAA) publication, News Photographer, made an interesting point on Twitter this morning, raising the question of just how financially bad off the publication actually is given the overwhelming success Sports Illustrated has seen via it’s Swimsuit Issue, which boasts $1 billion dollar in revenue.

As for the future of the photographers, it appears there’s no plan currently in effect; however, Smith does hope they can establish a new structure which will keep the photographers contributing to the magazine. In a statement that appeared on the NPAA website, he said:

“Have contributed to the success of the magazine and the Sports Illustrated franchise, and I hope that they may continue to do so under slightly different circumstances. In my grandest thoughts I hope they will continue to contribute to the magazine. I can’t imagine a world where they don’t. We just have to figure out what this new structure is.” – Brad Smith

These types of headlines have been becoming a trend in the recent years and the announcement from the Sports Illustrated camp follows closely on the heals of an announcement made by the New York Times who let go of photographers after a recent buyout and The Chicago Sun-Times which all of it’s full time staff photographers in 2013.

Sports Illustrated published their first cover shot with a smartphone

« When Common Sense Breaks Down: Why I Bought A Mirrorless Camera And Keep My DSLR (And Bunch Of Film Cameras As Well)
Some GoPros Now Capable Of Broadcasting High Definition Video For Live Television; NHL Jumps Aboard »