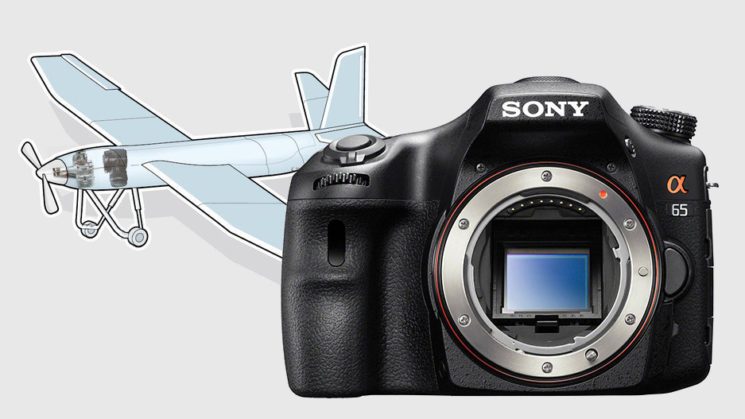 I’m relying on Google Translate for this one, but it appears that North Korea are equipping their drones with Sony SLT cameras. Or, at least, one particular drone which recently crash landed in South Korea, according to a report from Naver. Judging from photos, it seems similar to a drone that was discovered in Baekryeong Island in 2014.

Inside the recently crashed drone was a Sony SLT camera. They haven’t stated which model of camera it was, or the lens being used, simply that it contained a 64GB memory card. They say that initial analysis leads them to believe that the drone was trying to get a peek into a US Military facility in South Korea. 10 images of the Seongju site were found on the camera’s memory card.

The recently crashed drone on the left. The drone found in 2014 on the right.

A map was also published showing the drone’s suspected flight path from North Korea, through South Korea, before heading back home. The X marks where the drone crashed, shortly before getting back into North Korean airspace. 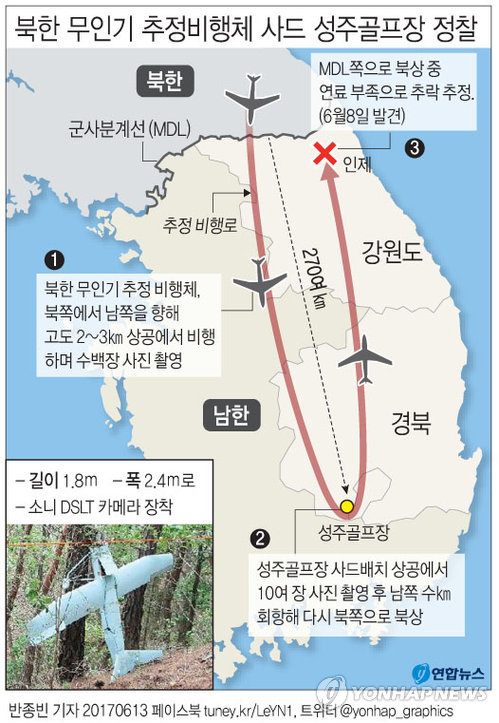 The legalities of such a flight are not my forte, at all. However, I would say it’s a safe bet that such activity is frowned upon. What’s curious, though, is that they are using a Sony SLT. Not one of Sony’s lighter, faster, higher resolution E mount mirrorless cameras.

Of course, Sony’s mirrorless connectivity seems to vary from firmware to firmware. So, perhaps it was just easier to adapt this camera to suit their purpose. Also, North Korea kind of has sanctions against it, so it’s not like they can head down to the local Best Buy and just pick up an A9.

The drone is around 1.8m (6ft) long with a 2.4m (7ft 10″) wingspan, and this illustration shows where and how the camera was mounted in the drone. 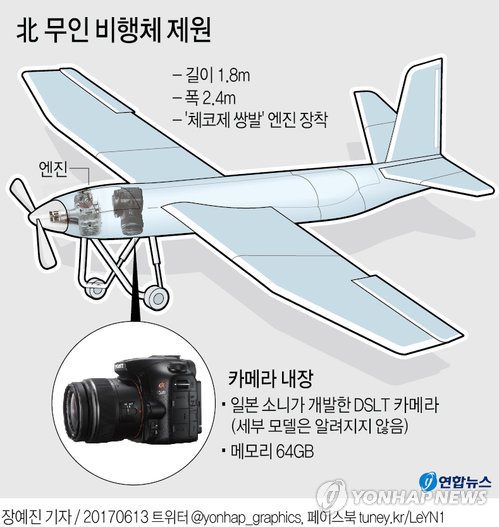 Reports and estimates of North Korea’s drone arsenal seem to vary between a couple of hundred to around a thousand. At least six seem to have hit the ground in South Korea, though. There’s been no word on what camera technology the others contained, though. Perhaps it was more consumer cameras.