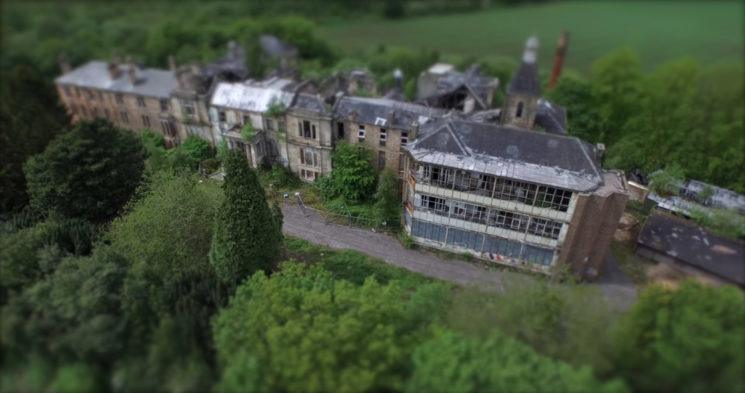 The tilt-shift effect has become quite common in regular ground based timelapse sequences. So much so, that we’re a little sick of seeing it. Not because we don’t like the effect, just that so many people do it quite badly. The same is true with drone tilt shift videos. I’ve seen a handful of really bad ones, and maybe one good one before this one happened to appear on my screen.

Created by commercial drone cinematographer, Barry Grant, this short film shows off some of Scotland’s beauty in miniature, and it does it very effectively. The tilt-shift effects works rather well, and some clips really convince you that you’re looking at a miniature model. I’ve known Barry for a little while, and he’s even shot a little footage for my vlog. So, after watching this, I fired off an email to Barry to find out a little more.

As I mentioned above, tilt-shift has become pretty common with traditional timelapse, shot from the ground with a tripod. It’s not really all that common with drones, though. So, we asked Barry how he came up with the idea for this video.

I first saw this effect online several years ago in photographs, and then video. I always wanted to figure out how it was done. The way the brain makes it look like a toy town miniature amazed me, and I wanted to try to recreate it myself. Using the drone just let me get a unique perspective on the landscape that isn’t possible from the ground.

I’ve shot a lot of footage over the years, so now I’ve built a good library that I can choose from. Not all footage is suitable for this effect, and you have to learn what to look for to make it work.

Barry also offered some tips on what those things are that he looks for in the footage.

The best type has lots of movement. Cars, trains, people, animals, waves and rivers. The drone laws in the UK prevent me from flying over towns, so finding busy scenes can be difficult. You always have to fly within the law. 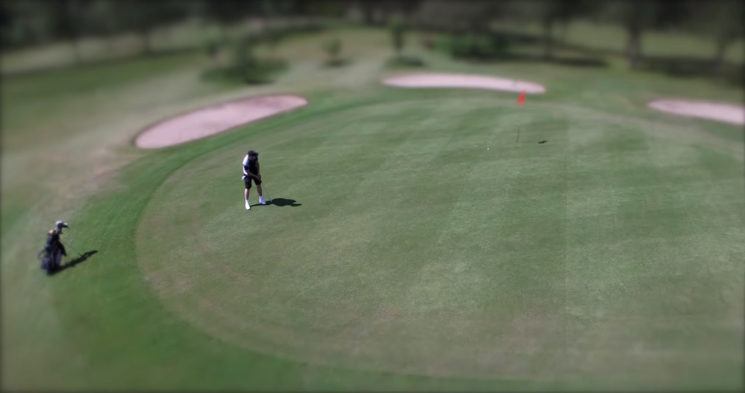 To create the sequences, Barry used a range of drones. He created much of the footage with DJI Inspire 1, but the video also includes clips shot with the DJI Phantom 4 Pro and the DJI Mavic Pro.

Barry already touched on some of the drone rules in the UK. As a commercial operator, however, he’s under an even stricter code than hobbyists. We asked him about some of the challenges they present.

Every time I fly, a full site survey has to be done beforehand and a walk through of the flight location for risk assessment. There’s weather checks, the KP Index, and NOTAMs (Notice to Airmen). There’s also a battery of pre-flight checks that have to be made on the drone itself for potential technical or hardware failure. So, you have to look for fatigue in the construction, propellers, motors, etc.

This is all before we’ve even powered it up, and assumes we’re not in a restricted or no-fly zone. 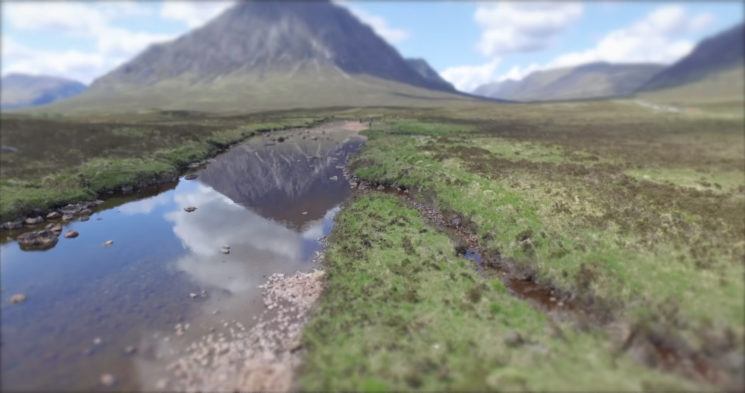 With Barry pulling footage from his archive, he had a wide range of clips to choose from. Knowing what he’s looking for, we asked what went into turning that video into the final look.

I use a Mac and Final Cut Pro X. First I grade the footage, if needed, and then crop to letterbox if I want the cinematic effect. I have tried Premiere Pro, but could not get my workflow as fast as I can do it in FCP X. But Premiere is something I’m learning to work with now.

I then add a focus effect to the clip, and manipulate it until I find what I’m looking for and am happy with the result. Sometimes you can get it working with very little adjustment. Sometimes it takes a lot of mixing with the width and height of the effect. It also depends on the movement of the camera and subjects in the shot (cars, people, wildlife, etc).

Barry also offered some advice to those looking to try this out. No matter what operating system or editing software you use.

The trick is to keep the main subject in focus as the camera moves, while throwing the rest out of focus. Otherwise, it doesn’t look right, and you spot the effect. It’s a learning curve, for sure. But the more you do it, the better you can manipulate the effect and the more convincing it becomes.

As is often the case, practise makes perfect. Thank you for taking the time to chat with us, Barry!