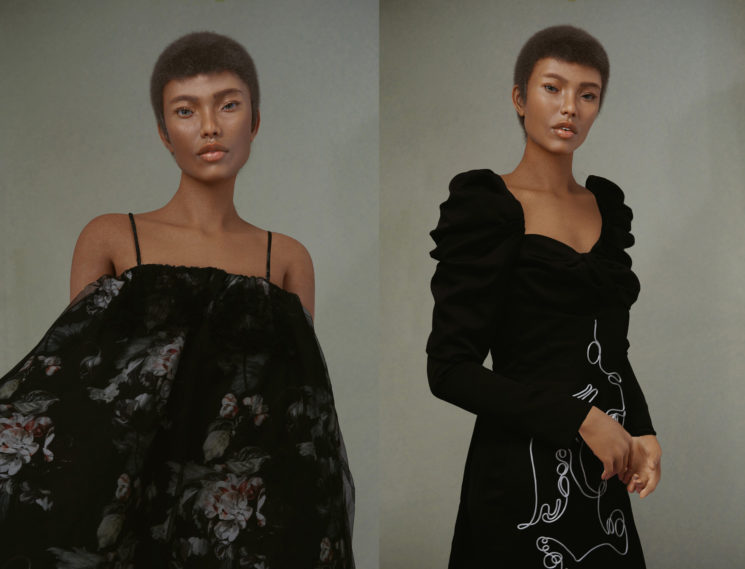 The COVID-19 crisis has hit the fashion modeling industry hard. This is why fashion photographer Shavonne Wong had an idea that could keep the industry alive. Just like these crazy times that we’re living in, the idea is kinda crazy too: Shavonne started a modeling agency that hires virtual models for virtual shoots.

Shavonne designed all of the models herself, which I find really impressive. Speaking with VRScout, she described her process:

“I first decide on the sort of features I would like for my models. Hair color, face shape, lip thickness, etc. Then I find images of real people with the features I am looking for. This is where references become useful so as to ensure they are accurate representations of actual human features.”

When she’s done with the features, the photographer uses Blender and other software to add texture and details. “Skin texture can be tricky so it takes a lot of trial and error to get it right. After that, I get her rigged so that she can be moved and posed,” she told VRScout.

Hiring Kade, Lilium, or Lunah works pretty much like hiring a human model. You can choose the one whose look you like the most. Then, you work out with Shavonne every detail of the shoot, such as outfit, makeup, props, set design, and the like. When you’ve chosen everything, she then creates the “shoot” using a 3D modeling software.

Now, Shavonne’s models aren’t the first virtual models out there. We wrote about Imma, one of the most famous CGI models.  There’s even a CGI singer Miquela, but to me, she looks more like a video game character than an actual human.

Anyways, virtual models (and pop stars, apparently) have already been there for a while. However, it seems that the coronavirus pandemic could create more gigs for them than ever before. While this is good because it opens up a whole new world for 3D artists and all kinds of magazines or companies, it could be bad news for photographers and models alike. At least while the crisis still lasts.