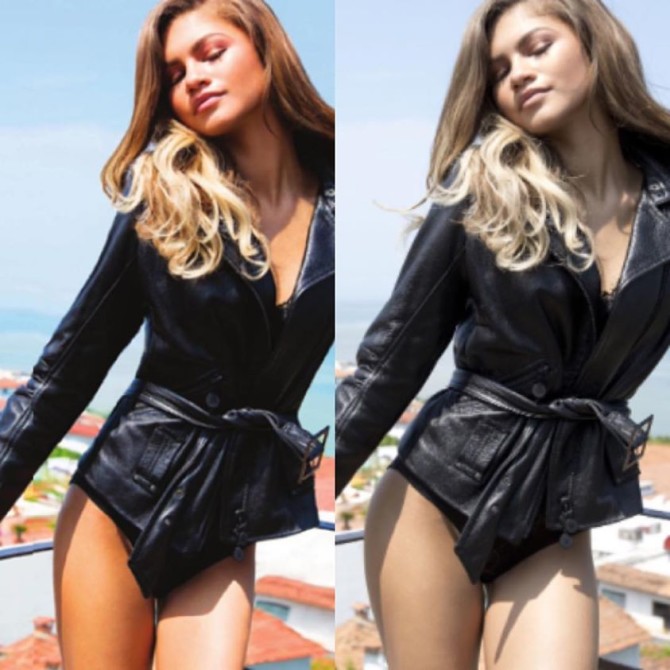 This happened to 19-years-old model Zendaya who was not satisfied with how she appeared on the cover of Modeliste Magazine. Zendaya posted a before/after on instagram noting how unhappy she was with the manipulation of her 19 year old hips and torso.

This is the sad part. As the photo was going viral, gaining over 700K likes on instagram, the Modeliste issued a statement announcing that they are pulling the issue until things were worked out:

As Modeliste Magazine’s Editor-in-Chief, I would like to send a message to all of @zendaya beautiful, shining and loyal fans: We hear you and thank you for your outpouring support of the issue and this talented and inspiring young woman that we are all blessed to have as a role model and who will continue to inspire us through her artistic talents, intellect, creativity and honesty.
I am compelled to publicly address this situation which was brought to my attention yesterday, personally by Zendaya, prior to the issue’s anticipated premiere. Upon review of the final edited images which had been submitted to us by an independent editing company, together as a collaborative between myself, Zendaya and her parents, we concluded that the images had been retouched to an extent that was not acceptable and not true to the values and ideals we represent and promote in our publication I, therefore, made the executive decision to immediately pull the issue in order to have this rectified and have the images restored to their original, natural state which will reflect the true beauty and radiance of Zendaya. We look forward to sharing these shortly upon the issue’s re-release.# 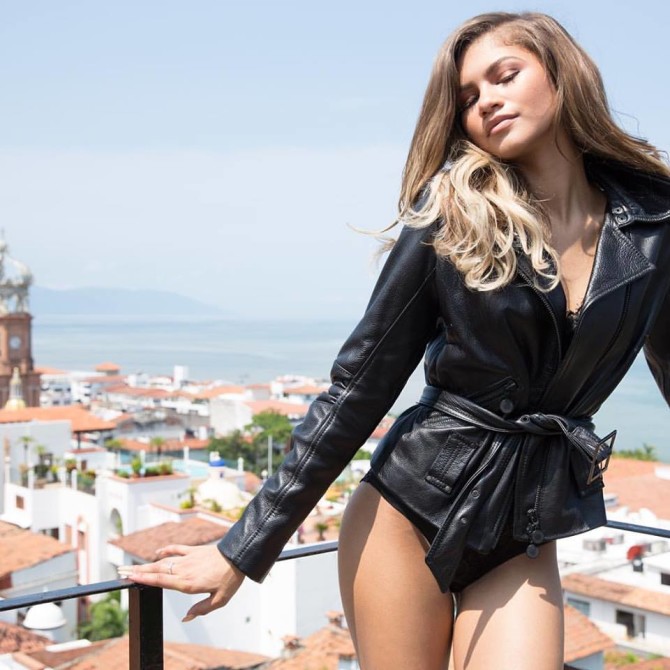 In a statement released by Modeliste the Editor in Chief share some more on the subject, revealing that Zendaya was not only concerned with how her body was morphed but with the overall retouching:

As always, Modeliste is committed to celebrating what we enjoy: fashion, beauty, art, travel and giving back. Modeliste is an authentic source for emerging designers and creative visionaries, and provides a voice to the talented artists behind the scenes. Most importantly, Modeliste advocates positive body image, self love and the empowerment of women. We are all beautiful and unique in our own way, and it is through these differences that make us who we are as individuals. There are so many issues with public body shaming, negativity on the internet and social media, personal attacks on celebrities, and such an intense focus on weight and body issues in media that has created a distorted reality, and for many, a negative internal dialogue, eating disorders, and an unrealistic and often confused expectation of what is real.
I absolutely loved that when personally speaking with Zendaya on the phone in regards to the re-touching, that she specifically had noted that her fine baby hairs had been photoshopped from her forehead. As we had so many different hair styles throughout the shoot, this was something I hadn’t noticed; however, it was incredibly profound that this was something in particular in which she loves about herself, and what is a part of what makes her who she is. What one person may see as a “flaw” is someone else’s “fabulousness”. We are proud that Zendaya has taken this as an opportunity to address this situation, and create a very necessary honest and open dialogue

This is not the first time that we are seeing celebrities going against their overshopped photos. Jennifer Lawrence, aside going against this in general, also commented that her Dior campaign photos of her looked nothing like her.

We are not lost yet.

« How To Scout Awesome Locations For Landscape Photography
Apollo Mission Images Released, And They Are Out Of This World! »