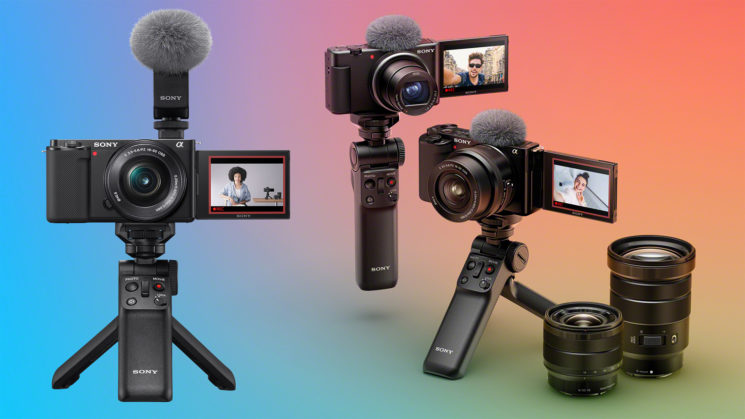 Yes, that’s right Sony has now officially announced the camera that we all knew was coming; The Sony ZV-E10. Unlike the Sony ZV-1, which was based around the RX100 sensor with a built-in zoom lens, the new ZV-E10 features a larger APS-C sized sensor and instead of a built-in lens, they’re swappable, thanks to the E mount on the front.

Sony’s press release suggests that the camera was designed especially for vloggers, and ones that have particularly high demands at that. It contains a 24.2-megapixel APS-C CMOS sensor, which is great for when you do want to shoot the occasional stills, but as a “video-first” camera, video is obviously where it excels.

The Sony ZV-E10 takes what Sony’s learned from the ZV-1 and scales it up to meet the needs of YouTubers, vloggers and other creators that are more used to shooting with the larger sensors of Sony’s A6000 series. And while it’s not quite full-frame levels of shallow depth of field control, it certainly offers a lot more than you can get with the smaller sensors found in the Sony RX100 series and the ZV-1.

And thanks to the interchangeable lens mount, you can now swap it out to whatever best suits what you’re trying to shoot. Want to go with the stock Sony 16-50mm f/3.5-5.6 OSS zoom? Cool, no problem. Want to step up to something like a constant aperture Sony 10-18mm f/4 OSS or the Sigma 18-35mm f/1.8 and MC-11 instead? Well, you can do that, too – even if that last option would become ridiculously front-heavy. 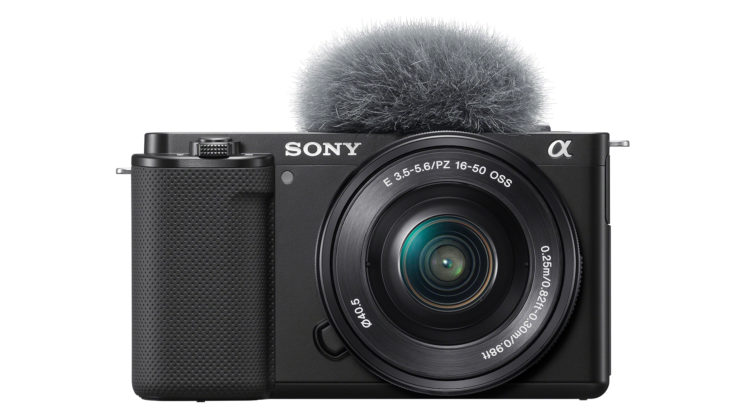 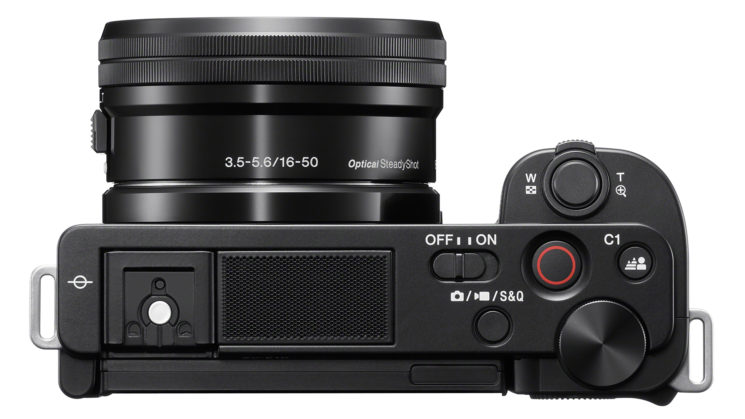 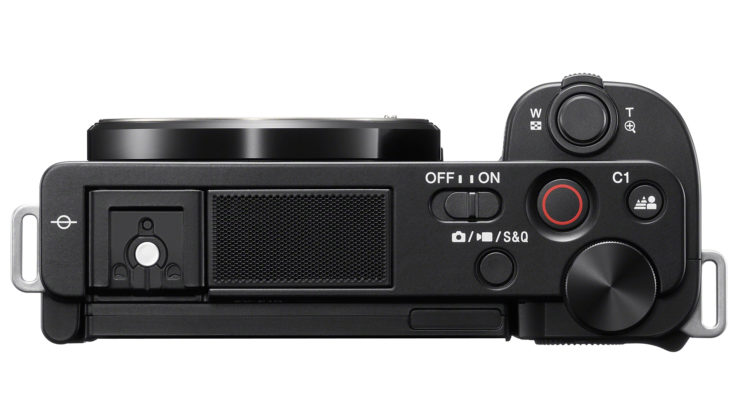 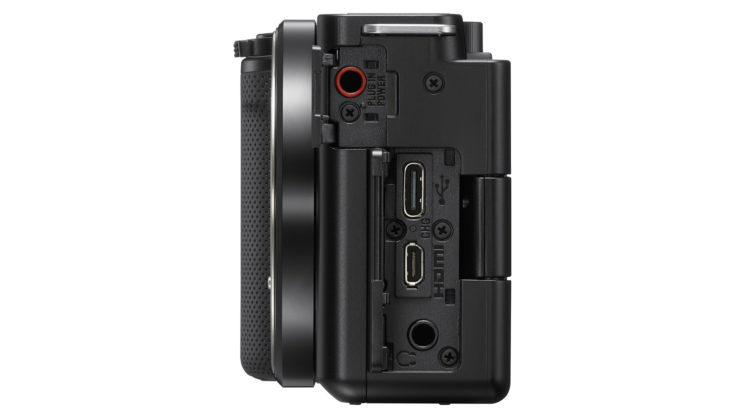 Being designed for vloggers, the Sony ZV-E10 weighs a mere 343g. It has a flippy out LCD, HDMI output (although it’s micro HDMI), Type-C USB and a 3.5mm headphone jack. You’ll also spot that there’s a “plug-in power” socket up there, too, connecting a microphone. You can also attach a compatible (Sony) microphone on top of the camera via Sony’s “Multi Interface” shoe, allowing for a completely unhindered view of the LCD. 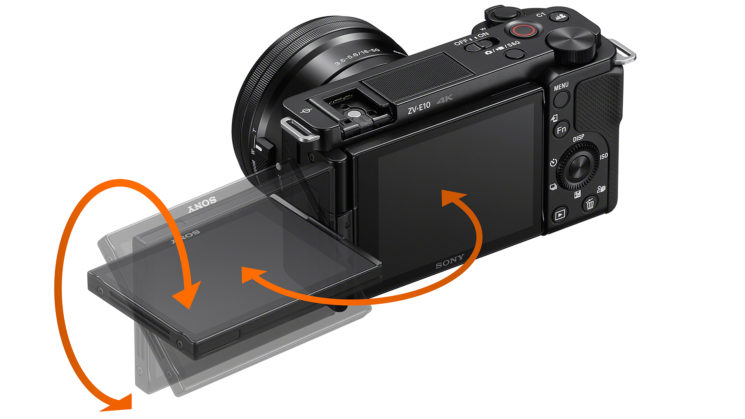 It shoots internal 4K movie recording with full pixel readout and no pixel binning at up to 100Mbps. It offers both slow and fast motion video options, too, with 1080p video at up to 120 frames per second. And you can shoot your footage in HLG HDR and S-Log3. As well as the standard “Quick Video”, the Sony ZV-E10 also features interval shooting for more advanced timelapse.

As well as all the usual vlogging duties, the Sony ZV-E10 can also act as a USB webcam to your computer, allowing you to video conference or live stream to YouTube, Facebook or other platforms at a much higher quality than you can achieve with your typical webcam. You can also power the camera over USB to keep your camera running for longer sessions – or you can use the optional Sony AC-PW20AM power supply.

Of course, you get all the usual Sony Imaging Edge Mobile app connectivity, letting you transfer images and video files to your smartphone or tablet over WiFi as well as raw image files. From there you can tweak and process them however you desire or edit them in your preferred mobile device editing application.

So, what’s the big downfall? Well, there doesn’t appear to be any in-body image stabilisation. Yes, you can throw on stabilised lenses, and one of the kit options comes with a 16-50mm f/3.5-5.6 OSS lens, but the only stabilisation inside the camera itself is electronic, not a physically moving sensor. How important this is for you really depends on you and whether a stabilised lens alone will give you what you need, but it’s something to keep in mind if you often shoot with non-stabilised lenses.

At that price, it’s so tempting that I might even consider finally buying a Sony camera.