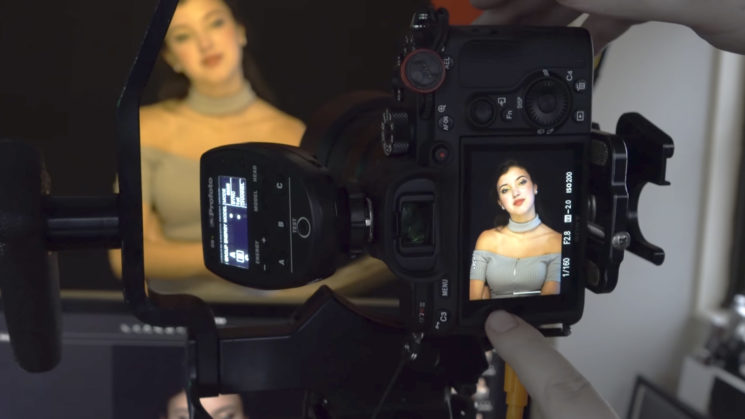 Of all the features I’ve read about regarding the Sony A7RIII, this is the one that’s probably impressed me the most. I don’t often shoot tethered, but when I do, it’s often quickly. Usually, I’ve got animals in front of the camera, and they tend not to take direction very well. So, I’m shooting fast, then waiting for the computer to catch up.

According to this video from photographer Evan Guttman, that waiting all goes away with the new A7RIII. In burst mode, it manages to transfer shots from the camera to Capture One in under a second each over USB3. And yes, he’s shooting raw, not jpg.

With the camera in single shot mode, it slows down a little, to around 1.8 seconds for an image. But that’s still extremely impressive. To be able to get this sort of transfer speed with raw files over USB has been but a dream until now. To get these speeds, Evan uses the soon-to-be-released Tether Tools TetherPro USB Type-C cable. It’s not available just yet, but he says that it should be by the end of the month. 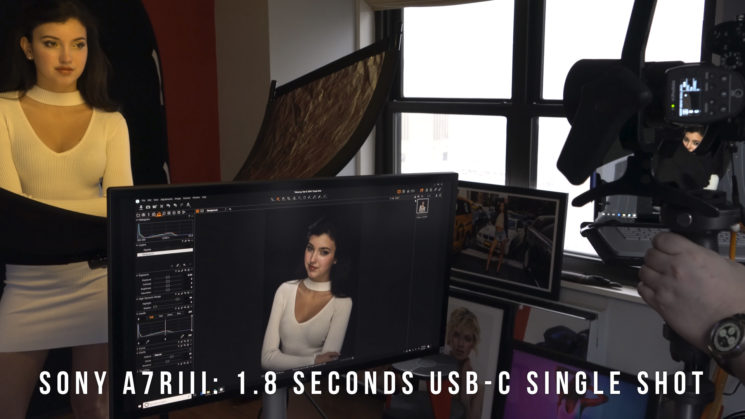 I say again, 1.8 seconds to transfer a full size 42.4MP raw file from the A7RIII to the desktop. When you swap out from the USB-C cable to a regular USB2.0 cable, we start to speeds we’re a little more familiar with. Over USB2, the image transfers in around 5.9 seconds.

But when you switch it over to continuous shooting mode at 10fps, with the Type-C USB cable, it gets even more ridiculous. Evan’s maths here is a little off, what his result actually shows is 1.2 images per second, not 1.2 seconds per image. That’s 0.8 seconds per image. 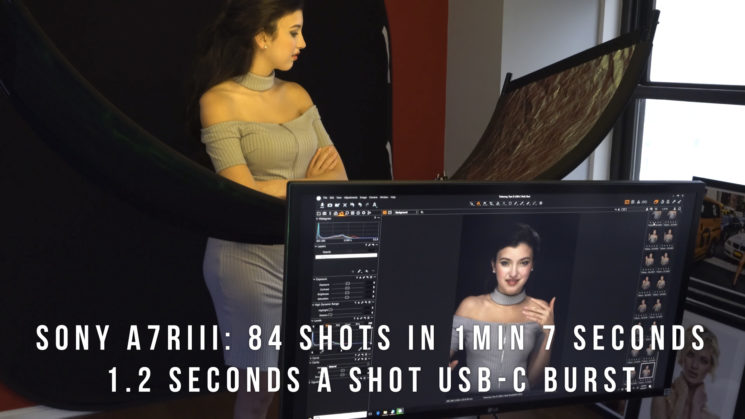 Also, noticeable about this test is the size of the camera’s buffer. When shooting tethered with a USB Type-C cable, Evan gets 84 continuous shots before buffer fills and the camera prevents him from continuing. When he swtiches over to a USB2.0 cable, the results are very different. 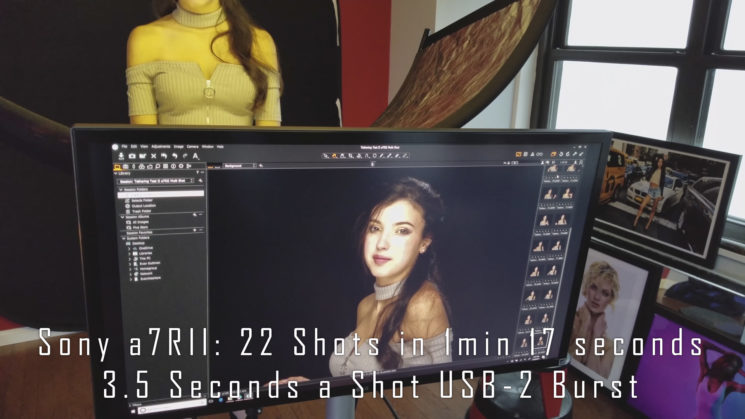 As I said, a very different story. With the much slower transfer speed, around 4x that of USB3.1, Evan gets about a quarter the number of shots, too. Now transferring a mere 22 shots over a slightly longer timespan, with each image taking 3.5 seconds. Still, that’s not bad for a 42.4MP image, but it is going to slow down the pace somewhat. And if you are shooting bursts, it’s going to mean you’re waiting for longer to take more.

Evan says this speed can obviously be increased by only tethering jpg files, especially if you reduce the resolution. But then you’ll still need to copy over the raw files yourself after the shoot. But, if you want near-instant feedback just to check for composition and focus, it may be worth it when shooting tethered. At 0.8 seconds per image, though, I’m not sure it’s going to be needed most of the time.

So, if tethered shooting is high up on your list of priorities, the A7RIII may be worth a good look.

Tethered Shooting – From Camera To Computer To 60″ IPS Panel

« Photographers create magical scenes, bringing Christmas spirit to sick children across Australia
What it’s like to shoot behind the scenes on tour with Bon Jovi »