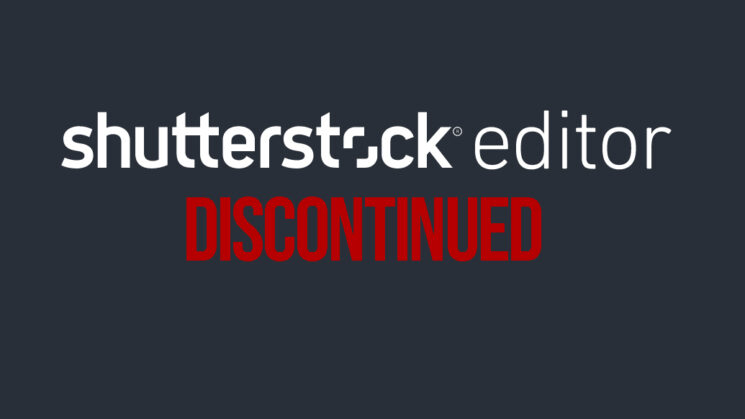 If you’ve been using Shutterstock Editor to create visual art and projects – say goodbye to the tool and your files. Shutterstock discontinued its Editor this Halloween (how’s that for scary?), but it has announced a brand new editing app with the same purpose. Still, if you had any saved projects you’ve been modifying for different purposes, you’ll have to create them all over again in Shutterstock’s new app.

If you visit Shutterstock Editor today, you’ll see a pop-up window notifying you to download your files as you won’t be able to access or edit them any longer. Shutterstock is switching to its new app Create, abandoning Editor entirely. 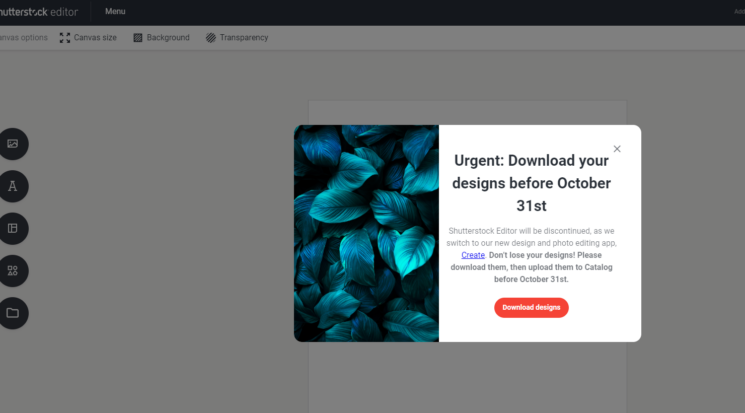 Okay, you won’t be left without an online editing app under Shutterstock’s wing as the company has launched the new one. If you’ve downloaded your projects from Editor, you can reupload them to Create. So where’s the catch? Well, you can’t edit them any longer. You have to recreate each project from scratch in Create if you want to be able to modify them in the future. For those with dozens or hundreds of projects, this is a major pain in the neck.

Personally, I haven’t used Shutterstock Editor. For my embroidery and jewelry accounts, I created most templates in Photoshop and saved them as PSD files, so I just modify them as needed. For one-time creations, I used Adobe Express. I still have the designs in the library (hoping it won’t die as Shutterstock Editor did), but I also downloaded them as JPG files. Still, I’m aware that not everyone uses Photoshop and these online tools are a super-handy replacement for quick projects and edits.

Did you use Shutterstock Editor for your projects? Has the change affected you? Let us know in the comments.

Leica discontinues M9’s CCD sensors, you can no longer replace defective ones