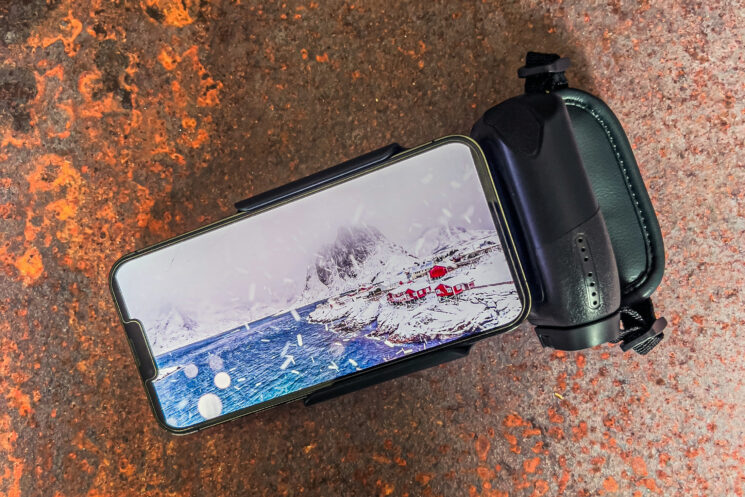 Smartphone photography is on the rise, there’s no question, and we’ve had our eye on the ShiftCam ecosystem since their Kickstarter announcements. The ShiftCam ProGrip has gone beyond the Kickstarter phase and is now out there for purchase, along with other items in their line-up. There are other systems available to hold our smartphone and make it look and feel more like a camera, but ShiftCam seems  to be up there as one of the better systems. Here’s why:

As a travel photographer and educator, I am constantly shooting, and when I don’t have my ‘proper’ camera with me, I turn to my iPhone. It’s often said that the best camera is the one you have with you, and with the advances being made in phone camera tech, I  find myself using the images I make with my phone more and more often. To that end, I want to be able to treat my phone more like a ‘proper’ camera, and part of that experience involves the look and feel. Rather than feeling like I’m holding a phone, I often want to feel like I’m holding a camera. And beyond that, I want to be able to attach my phone to my tripod. 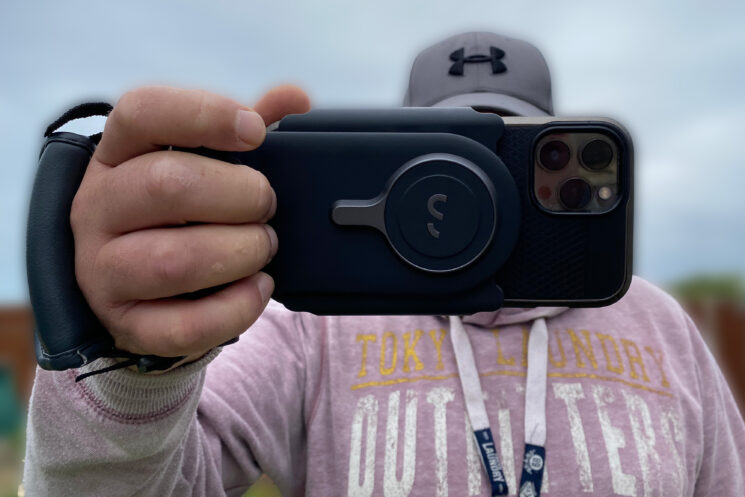 The ShiftCam ProGrip achieves a lot, and it does so with great aesthetics and ergonomics as well as functionality. Holding the grip when shooting feels just right, and that seems largely because of the shape of the grip. There’s a groove at the rear for my thumb, and my shutter button finger stands farther above and extends from the other three fingers.

The shutter button itself is controlled by Bluetooth, and the connection is made quickly and easily with one of the two buttons at the rear of the device. The other button is the on switch for the Qi wireless charging, which charges the phone from an internal 6400mAh battery at 15W. It’s also possible to connect a USB-C cable for 20W wired charging, using both the cable and Qi wireless charging simultaneously. 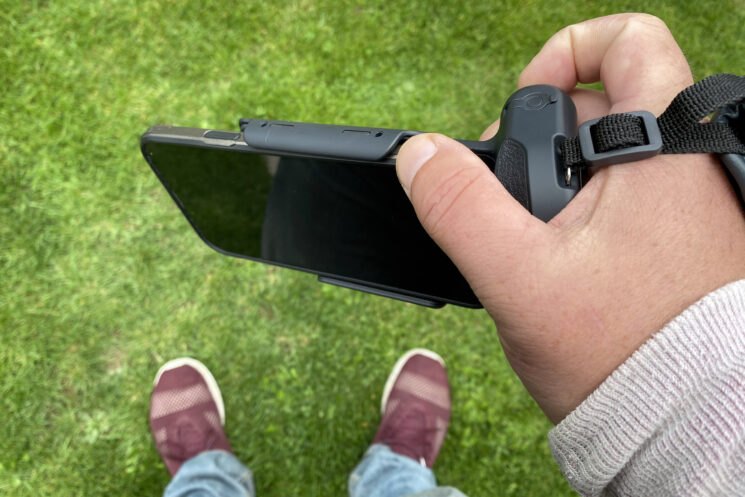 The clamp that holds the phone in place is a very strong, symmetrical design that features a rubber grip. It’s capable of holding any device between 58-90mm, and it does so securely. I tried to shake my iPhone 13 Pro Max out of it and failed. The grip rotates to allow for easy shooting in portrait or landscape orientation, locking into position.

One really nice touch is that the grip doubles as a desk stand, resting on the handle to hold the phone at 75˚. When you are holding this phone-camera hybrid, it feels good and, more importantly, secure. It’s made from non-slip, soft-touch rubber, which is designed to prevent wear and tear. While I have not seen any aging issues, I have to be honest and say that I have only used it for a short amount of time. Lastly, the kit includes a hand strap, but this can be switched out for a neck strap easily if you want to.

I’ve been using more and more additional accessories and gear when shooting mobile, and with the ShiftCam ProGrip, it’s been quite easy. There’s a screw at the top of the handle. There is also a cold shoe mount that you can attach to that screw. This is ideal for content lighting for videos such as a Spiffy Gear KYU-6 ora  ShiftCam ProLED’s (or any other LED panel, there are plenty).

My iPhone (like many other phones) has a built-in video stabilizer, so it’s possible to pair the ShiftCam ProGrip with some lighting to create professional-looking videos with minimal equipment. Specifically, I’ve been using the ShiftCam ProGrip in tandem with the Profoto A2 and Clic Softbox Octa with great results. It makes the entire rig feel more professional and easier to use. 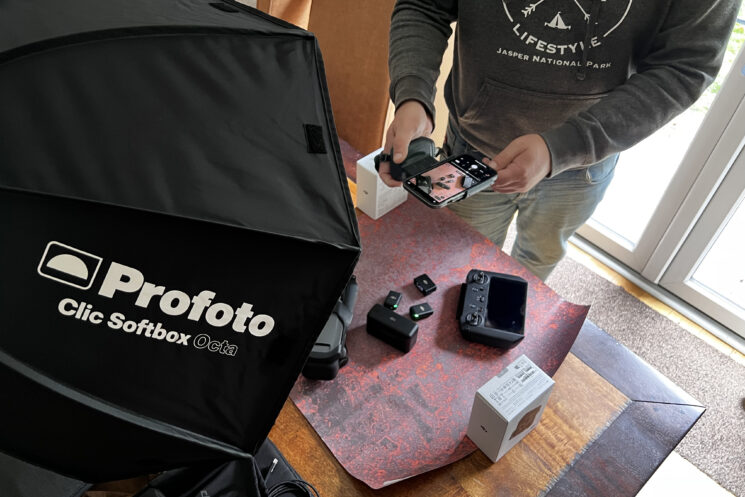 The future of mobile photography is undoubtedly a serious business. It’s time to start exploring the accessory market to find things that will help us. Personally, I found the ShiftCam ProGrip to be the right mix of aesthetics and functionality. And best of all,  it really does make your phone feel like a ‘proper’ camera. The ShiftCam ProGrip sells for $149.99, which is a bit hefty for a phone case, but if you consider that its also a charger and converts your phone to a “camera”, it gives a good bang for the buck.

Hands on with the Samyang AF 18mm f/2.8 FE for landscape photography