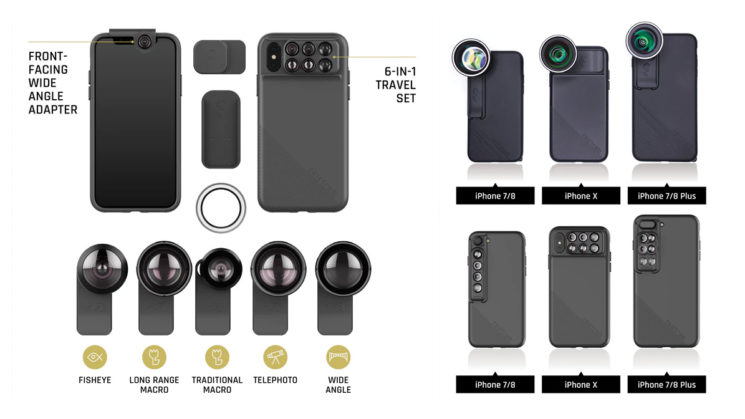 The phone camera has become a ubiquitous part of daily life. There’s no getting away from them anymore, even if we wanted to. Wherever we go or whatever we do, we always have them with us, and we often get the urge to grab a quick photo with them, even if we own bigger and more advanced cameras. And so you want to get the most out of your phone when you have to use it.

The ShiftCam 2.0 wants to help you do exactly that. Based around a custom iPhone case, it houses six built-in lenses that you slide to get the one over your rear camera lens that you want. There’s also a wide-angle adapter for your front camera, and then five interchangeable “Pro” lenses. The ShiftCam 2.0 is currently on Kickstarter and has already more than doubled its target in less than 24 hours.

Lenses for your iPhone are not a new idea. There’s plenty out there from the super cheap to the rather expensive. This looks to be somewhere in the middle, overall. Yes, the entire 12 lens kit does seem a little pricey, but the per-lens price works out quite well. So let’s see what you get.

What sets the ShiftCam 2.0 apart from other systems is the sheer number of lenses available for it. I haven’t seen anything else out there that offers this kind of variety. How well they’ll actually perform in the real world, though, remains to be seen.

It’s $349 for the entire set, but that works out to only $30 per lens, on average. Ther are, of course, smaller pledges. You can just get the case with the 6-in-1 travel set for only $49, and there are various options in between if you already know your needs and don’t want the complete set. 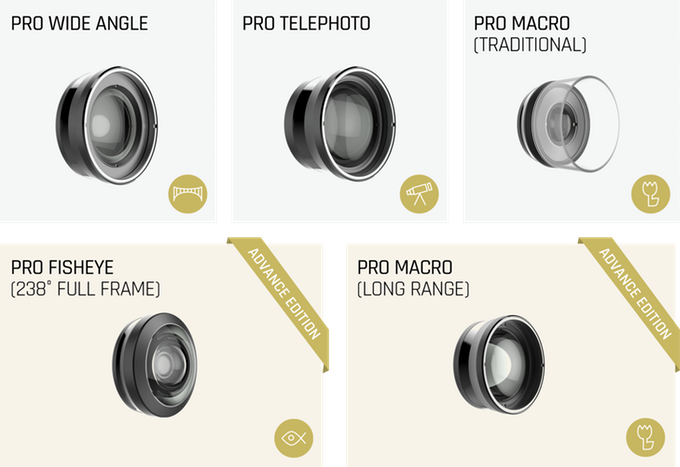 It seems that the phone range is fairly small, although not really all that unexpected. There are cases for the iPhone 7, 7 Plus, 8, 8Plus and X. So, iPhone SE users are out of luck, as is anybody using Android. Nonetheless, that’s still a pretty big market.

But it’s not a market I’m part of anymore, so I won’t be getting this. But if you are and want to check them out for yourself, head on over to Kickstarter where they have a whole mess of sample photos. There are various backer levels available with different options, and they say they’ll be shipping units out in May.

« Everything you need to start making stunning long exposure photos
Google Clips AI camera officially available: it will save important moments for $249 »