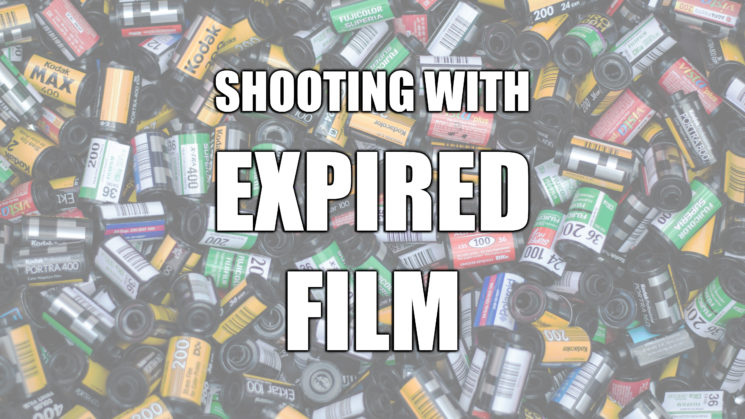 Film photography is still very appealing to many photographers, but the problem is that it can get pretty expensive to buy and develop film. You can make it cheaper by shooting expired film, and it should work out well in many cases. But will it work if the film expired 20 or more years ago? Well, it just might. In fact, you may end up with some fantastic shots! In this video, Mathieu Stern tested out two rolls of film which both expired two decades ago. You can see how it worked out for him, and I’ll share a few useful tips for you that I picked up from my DIYP buddy John.

So, how to use expired film. The rule of thumb is to remove one step for every decade the film has been expired. For example, if an ISO 1600 roll expired two decades ago, you should use it as if it’s ISO 400. However, a YouTube user RJM Pictures points out that this isn’t always the case. He points out that this rule can’t be applied to slide film. As for color 35mm negative, the way film was stored will largely affect its condition and the end result that you’ll get. He adds that “slow film like ISO200 and below tends to hold up much better than fast film like 800 and above.” And as for black and white film, it most likely can survive many years without changing quality. But once again, it all depends on how it was stored.

Because of all this, it’s best that you use the first roll for a test. Shoot at different settings and remember to write them down. When you develop the film, figure out which shots have the best exposure. John suggests that then you should determine what ISO rating that exposure was for, and then shoot the rest of your rolls as though that’s your ISO.

Take the example of Ilford FP4 with a box speed of ISO125. If it’s 20 years old, you might find that ISO32 will give you good exposure, meaning that you’ll have to use wider apertures or slower shutter speeds. But that’s why it’s best to test out one roll first and see what works best.

John shares another tip that will help you save some money. You can buy film in a 100 ft roll and get a bulk loader, it’s even cheaper this way. This will give you several rolls, and one with 18 shots remaining. You can actually use those 18 shots first to determine the settings that will work best for your expired film.

This should work like a charm for the black and white film. In fact, if it was stored well, it might not even lose anything and you may be able to shoot at the box ISO. With C41, it should also work, but it can get more expensive because the developing process is much pricier.

Mathieu used two rolls of color negative film, both expired in 2000. First, he used the Fuji Superia ISO 1600, and then Fuji 200. The higher ISO film didn’t hold up that well and it turned out to be pretty grainy, although the colors were still nice and accurate. But the second roll produced some beautiful images!

So, theoretically, if you want to make film photography cheaper, you can shoot on expired film. With a little bit of adjusting, you can get pretty good shots. Depending on how the film was stored, you’ll probably sometimes end up with some weird colors or artifacts in your shots… But that has its charm, too. And if you develop a black and white film on your own, you can even pair it with developer that’s older than you. :)

« Are these the five most useless tools in Photoshop?
This open-source DIY 6-axis motion control rig is almost entirely 3D printed »