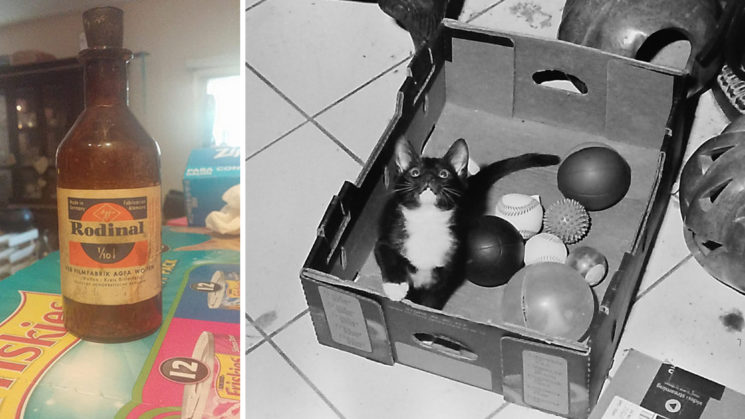 I believe you’ve seen the photos taken with expired rolls of film. Even after 35 years, they can often still develop nicely. But what happens when you combine a roll of film that expired 35 years ago with developer produced somewhere between 1949 and 1963? Tucson-based photographer Daniel Keating decided to try it: and he was successful.

As Daniel describes on his Flickr album, his camera connection friend in Ukraine found him a bottle of Rodinal and shared the seller’s description with him:

Seller wrote in description, that he found it in wooden box with very old photo equipment from 1905-1917 years, and he think, that this bottle is also not younger than 100 years old. He wrote also, that he look in internet on German websites about letters and digits on the bottle (S6 1793), and it means, that this dev was made in June 1917, 93 release of this month.

The label on the Rodinal bottle

So, it seemed at first that the developer was 100 years old. However, after some closer inspection, Daniel discovered DDR (East Germany) markings, which didn’t exist before 1949. Since Orwo took over Agfa in 1964, Daniel concluded that the film must be somewhere between 69 and 54 years old. Nevertheless, it’s a very old bottle of developer – and it sure looks like it. 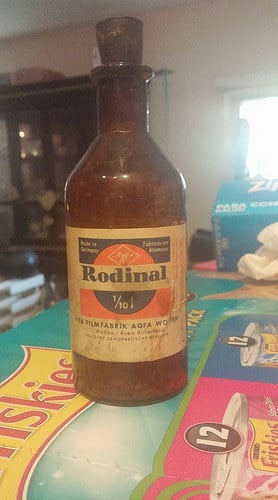 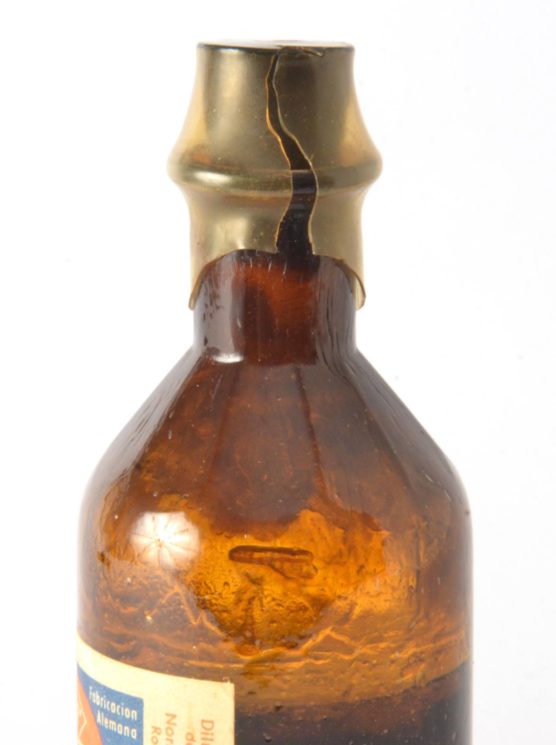 Daniel says that the bottle was intact when he got it. He removed a very encrusted old rubber cork to discover that the solution had separated into two components. A thin liquid was on top, and a black, tarry sludge was on the bottom. He broke up the screw with a metal skewer, mixed everything up again and pulled out 5ml for a 250ml tank.

Along with the old developer, Daniel also used an old roll of film. It was a roll of Tasma Mikrat 300 expired 35 years ago, shot with a Nikkormat FTn. Here are the photos he got: 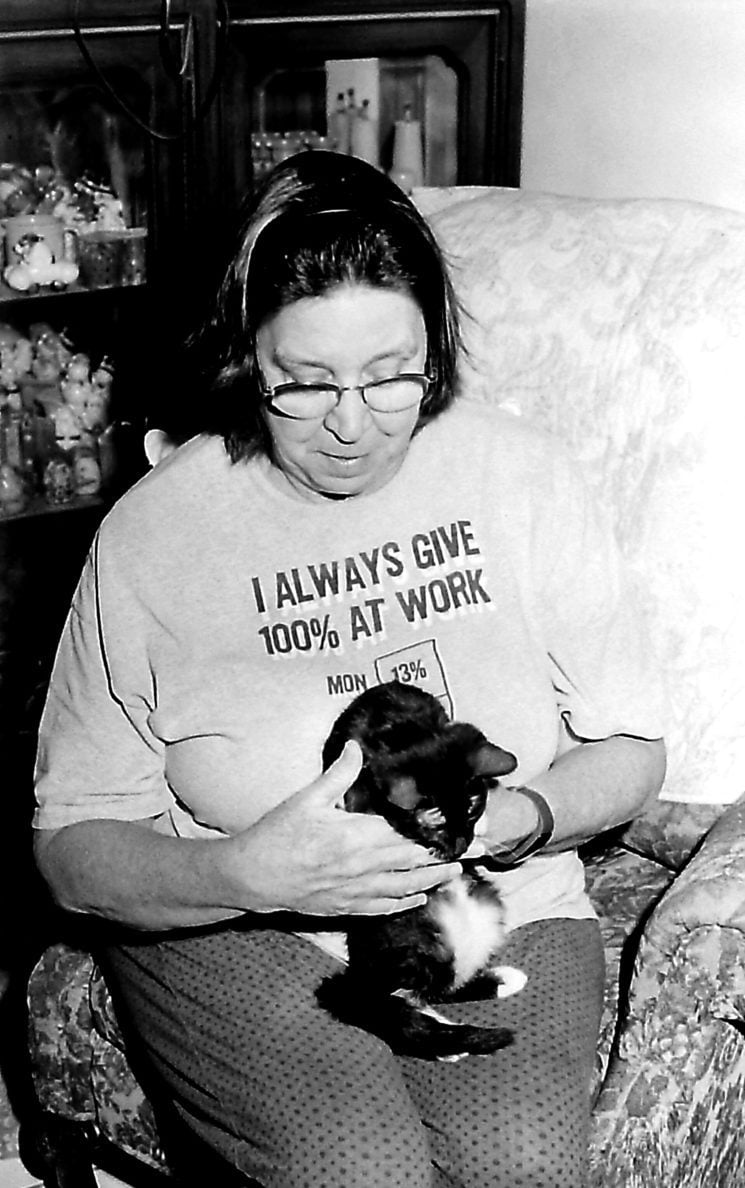 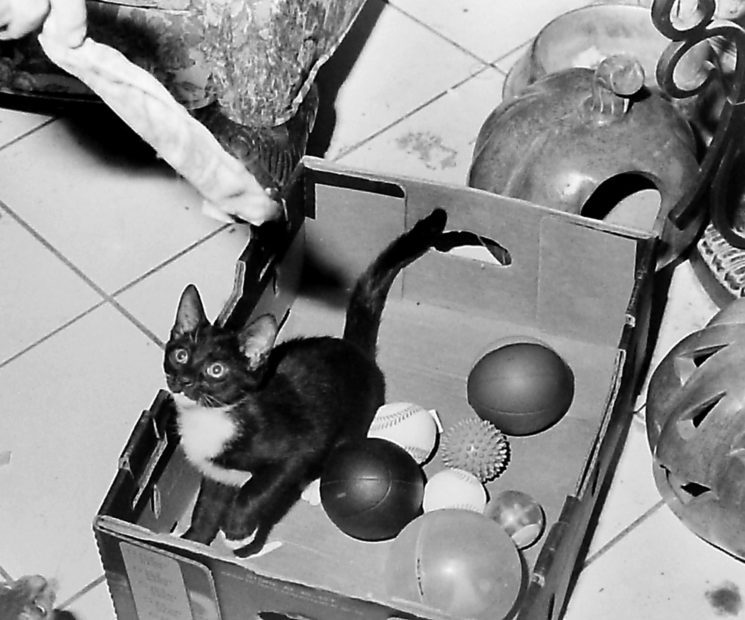 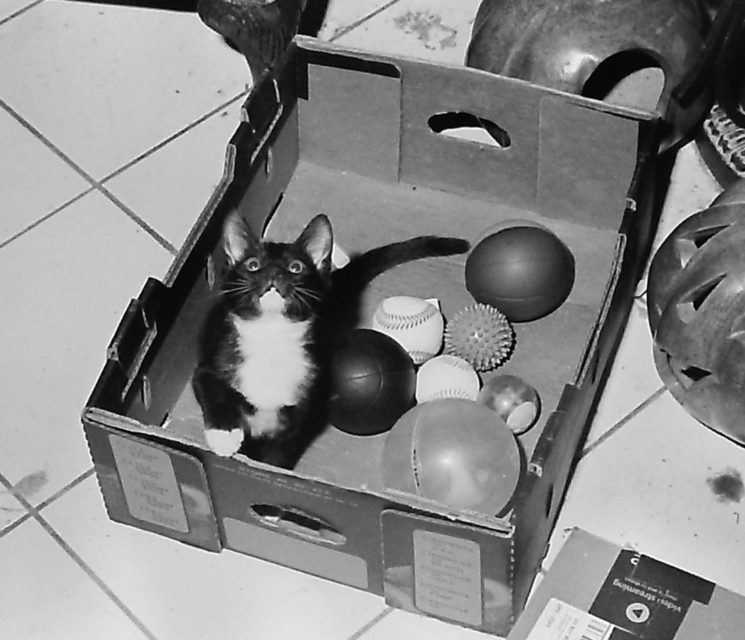 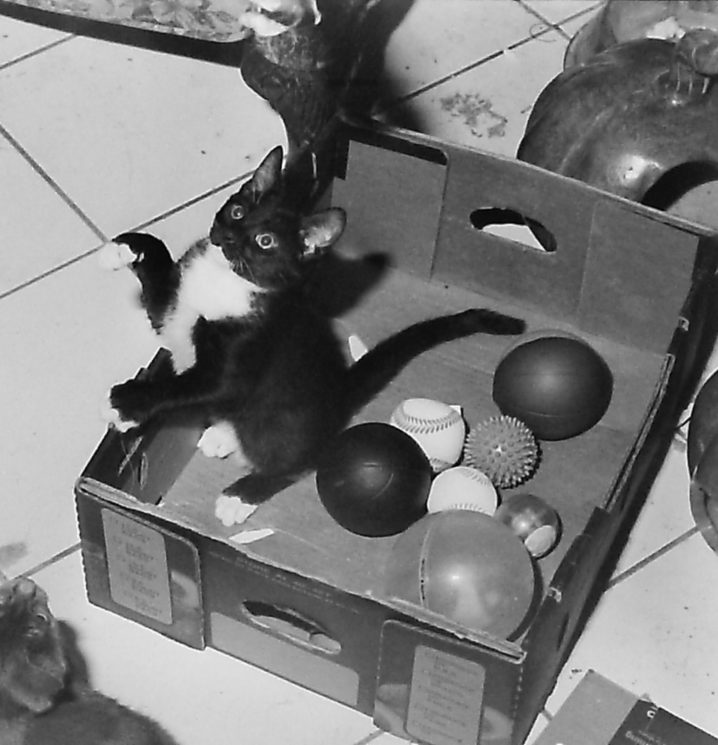 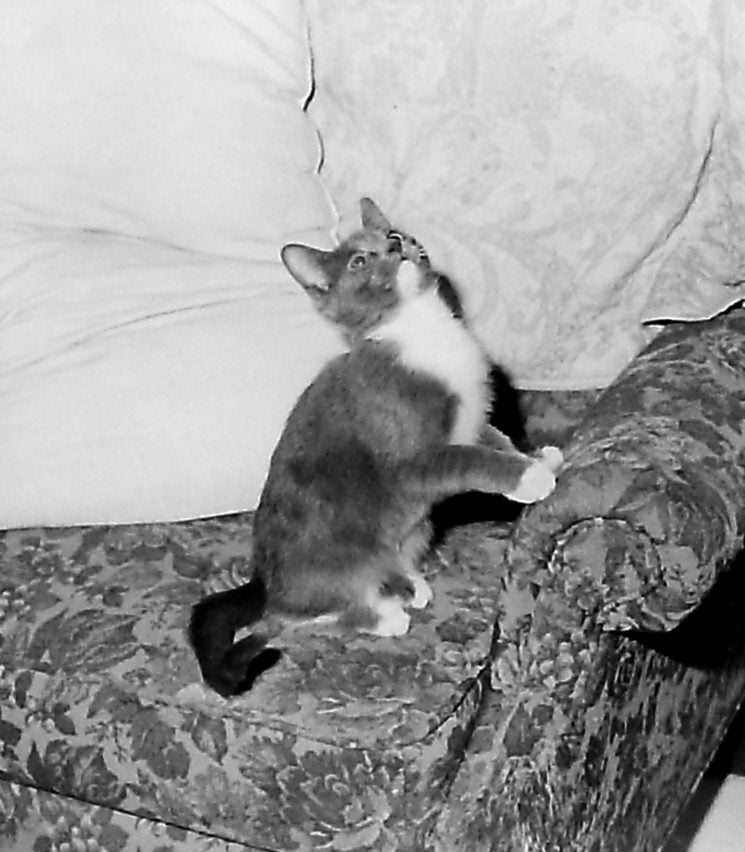 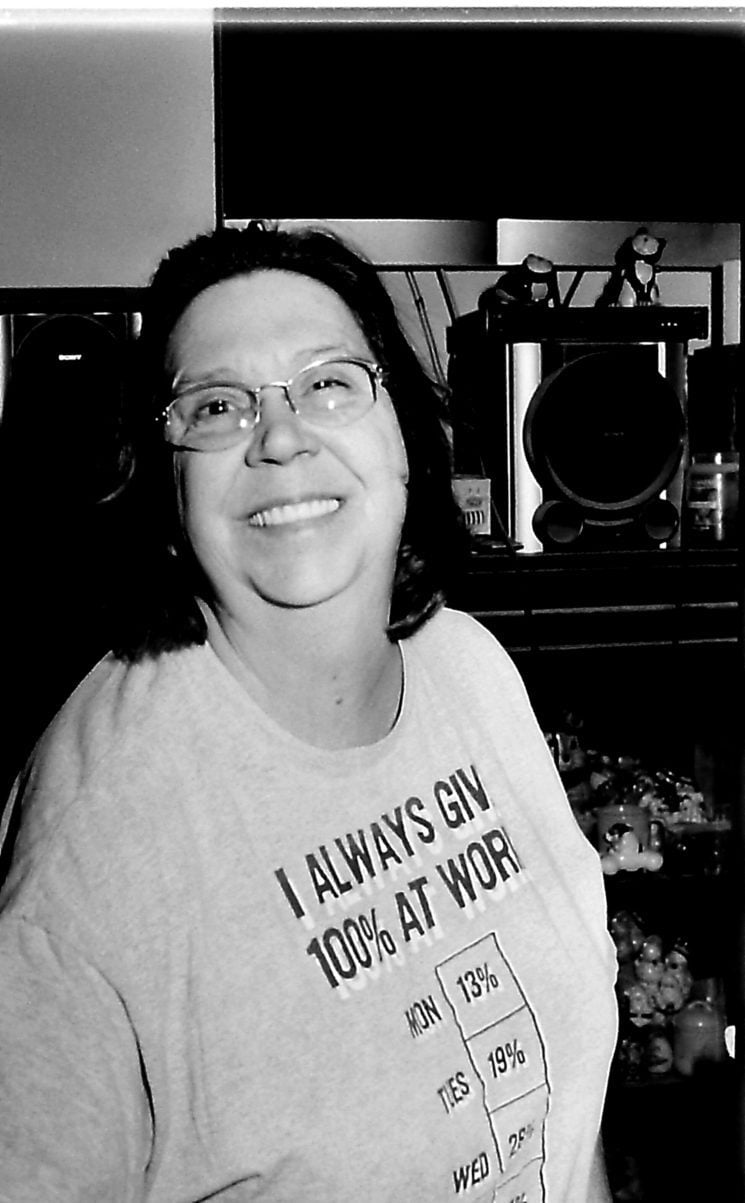 Daniel tells us that this isn’t the oldest film roll he’s used. Some of the rolls he’s shot and developed date back to 1952. He shot some photos on Dupont Superior3 from 1952, and he managed to develop the film quite well. I found it fun and pretty remarkable that in one of the photos, the subject is almost three times younger than the film. Here are some photos of the can of the vintage Dupont Superior3, and the resulting images: 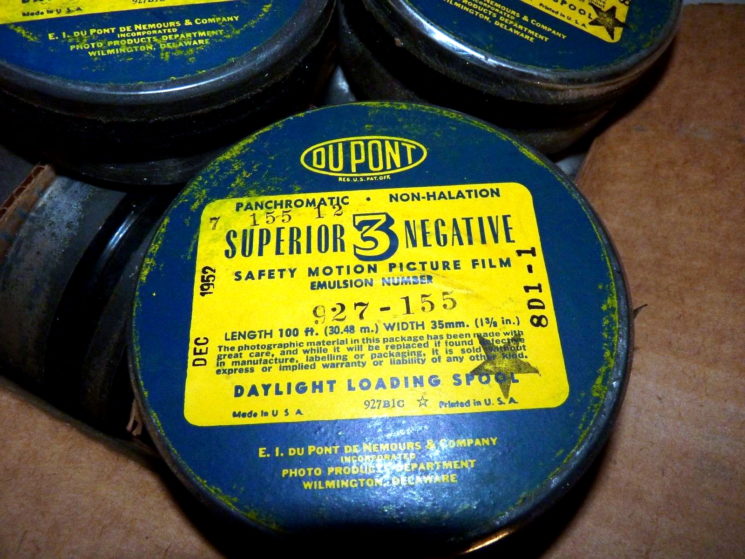 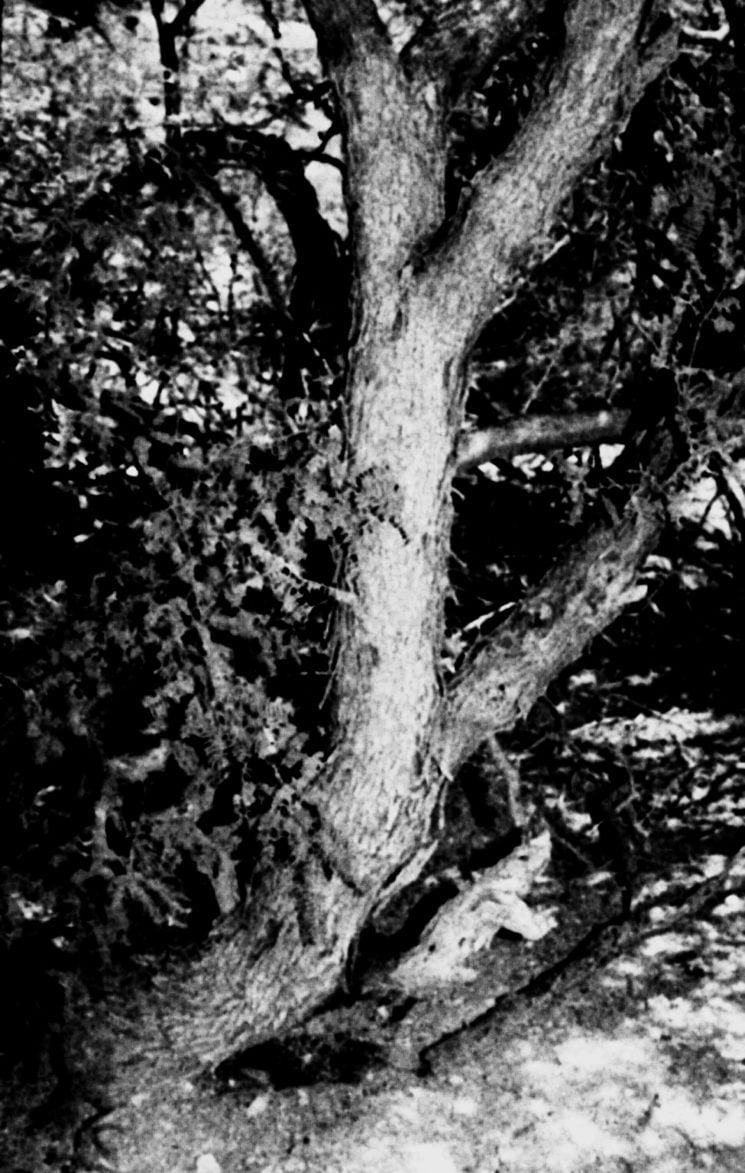 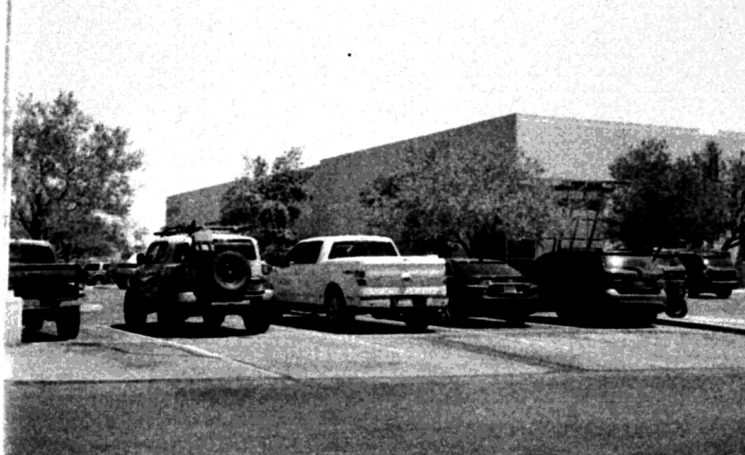 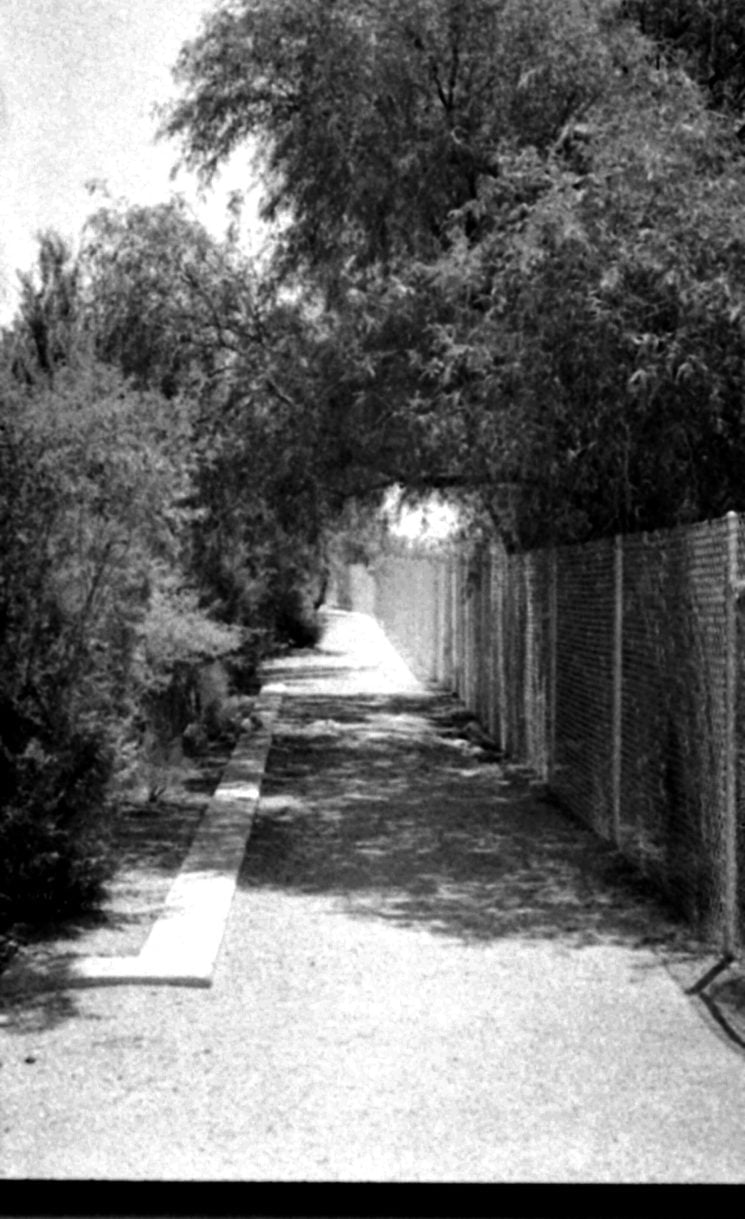 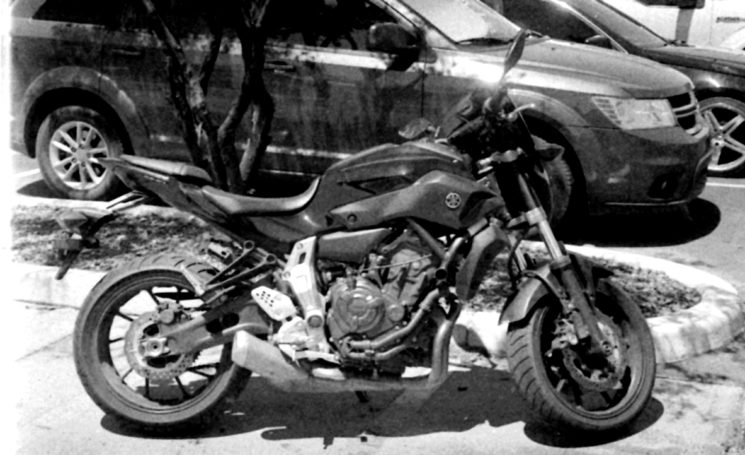 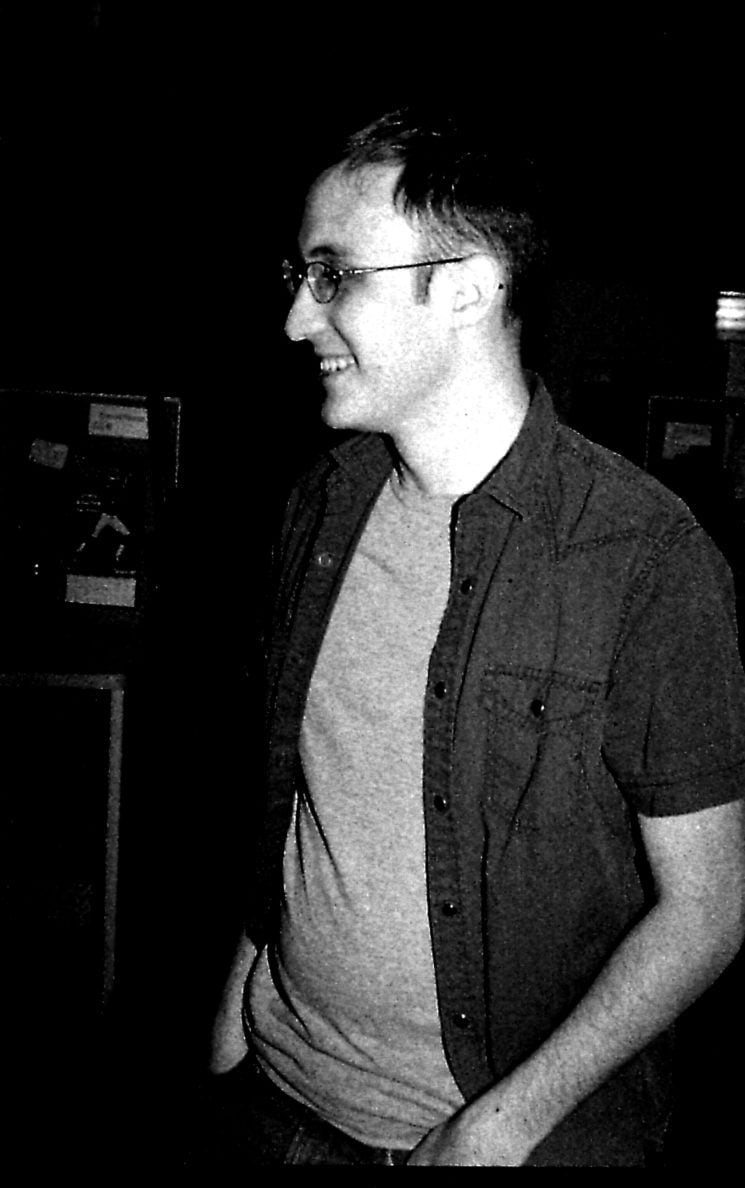 “This film is about 3 times the age of the subject”

Daniel was very intrigued by the label on the bottle of Rodinal and wanted to inspect it further. He even contacted Orwo to see if they can identify a concise time frame of his bottle of developer. They were close to his conclusions: the bottle was most likely produced somewhere between 1949 and 1964, when Orwo Wolfen took over Agfa Wolfen. However, they have reduced the time span a bit, saying that the producing date was more likely to be between 1949 and 1956. Their assumption that “in 1956 the newly built film factory Agfa Leverkusen and the old original film factory Agfa Wolfen have agreed, that on the labels from Agfa Wolfen must not be ‘German Democratic Republic.’”

I tried finding out more information about the label myself, but I was out of luck. Daniel goes on with his research and contacting various sources, trying to find out the exact date of the production. We will update the post in case the research turns out to be successful, or if we find out something new. All in all, it’s very interesting to see the images developed with the developer that old and paired with the expired film. It feels kinda like the photos are a piece of long gone times, even though they were taken only a few years ago.

Film photographers, beware of this fake Fujifilm which can mess up your developer solution

« Forget about Photoshop, you can use Microsoft Excel to make HDR photos
Build your own DIY sound booth with items from around the home without spending any money »