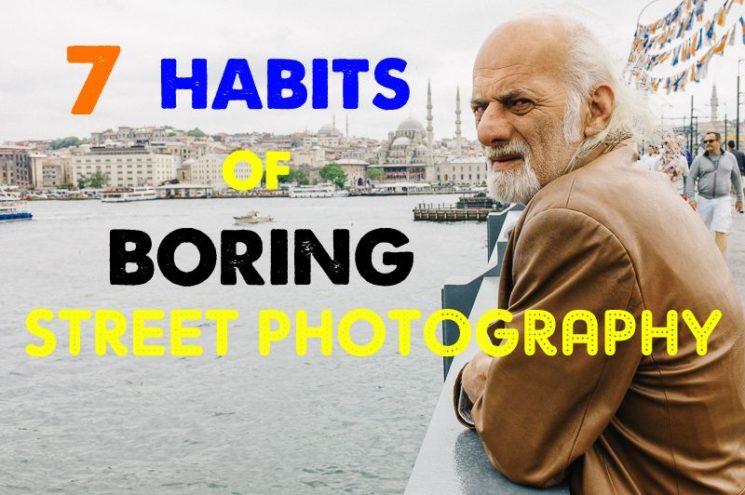 Street Photography is hard to do well. Really hard. Even if you are great, most of your shots will not be.

Here are 7 of the Most Common Habits of Boring Street Photography:

1. Nothing of interest in the photo

Looking for something of interest before you snap the photo is the first step towards avoiding boring Street Photography. 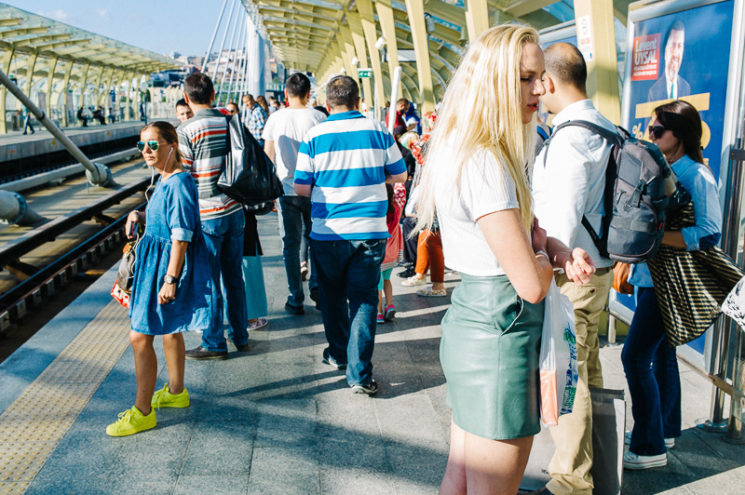 A bunch of people standing around. What are you supposed to be looking at? (The yellow shoes aren’t that interesting)

Many people like to stay at a far distance when they take the shot. The problem with this is that the distance becomes part of the feeling of the photo, even if you’re using a telephoto lens.

So if you’re far away, it will look and feel like you’re far away. Usually, this translates to a boring a photo because the viewer doesn’t feel like they are part of the scene. If you can’t feel, or sometimes even see, what’s going on, then it’s hard to grab anyone’s interest. 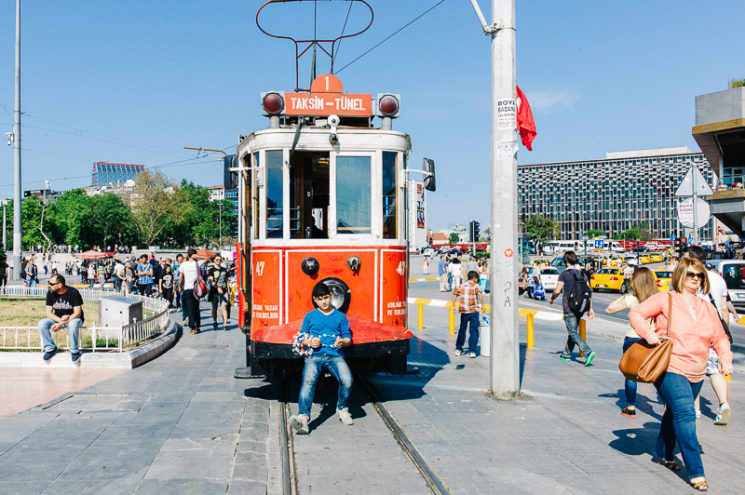 With so much in the scene so far away, what can you really focus on? The guy on the trolley only makes you want to be closer so you can actually see him.

One of the most popular subjects shot in Street Photography are street performers and the homeless. Why? Usually because it’s easy. They stay in one place and rarely mind, or even notice, if you take their photo.

The problem also is that it’s easy. If you take a simple shot of them then it will look like millions of other photos of the same subject. That same street performer has their photo taken hundreds of times a day by everyone and every photo looks identical. Identical is boring. 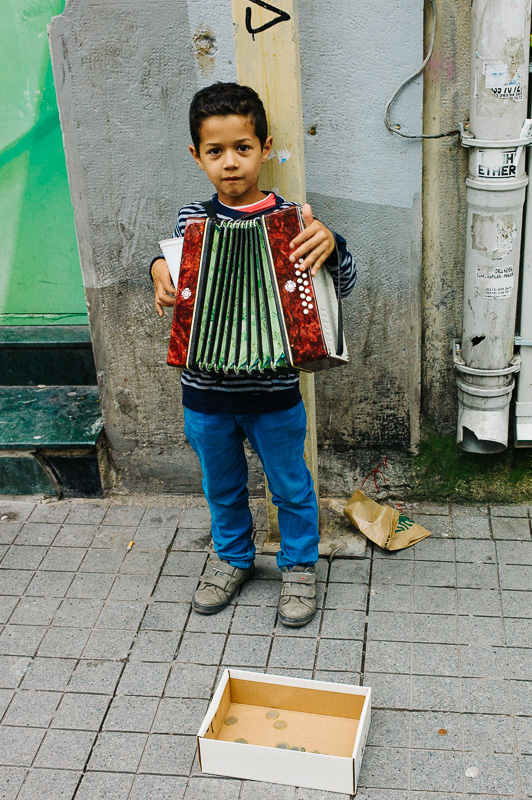 Cute kid? Sure. But in 1 minute I saw 5 different tourists take the exact same photo of him.

Personally, I’m against photographing the homeless unless you’re actually going in-depth and personal into their world. For me, it just looks like you’re exploiting them unless there’s a personal side to it. There are some photographers who do it well, though, but they get more personal with it and treat the people with care. It’s not a simple snap shot while they walk by them on the street. They spend more time and energy into bringing out some genuine feeling.

If you really like shooting these subjects, trying to add more to the photo than a simple shot of the person will help make it stand out from the sea of other identical shots.

Everyone loves bokeh and that look where the background is all creamy smooth and the subject is crisp and pops out at you. In Street Photography, unless you’re doing Street Portraits, bokeh can also be a bad thing, though.

Say you have a photo of a whole scene, but only one small subject in the scene is in focus. Everything else in the scene, some of which might add interest, is turned into blurred, empty space. You can end up losing out on everything the scene had to offer, making it more boring. 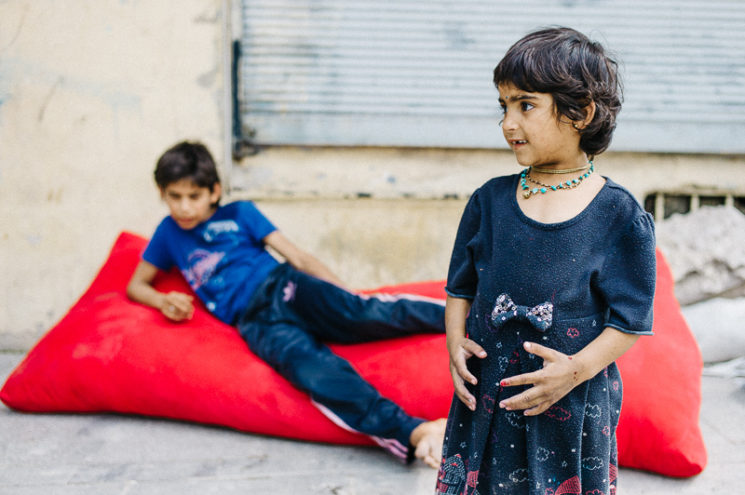 The blurred out boy and background only removes interest from the photo and makes the photo look messy.

Bokeh in Street Photography can also run you into the trap of looking cliché, tacky or losing some authenticity.

It all depends on what you’re going for, though. Bokeh isn’t all bad in Street Photography, just make sure it adds to the strength of your photo instead of taking away from it.

Everyone’s seen a man sitting on a bench or a person waiting at a cross walk thousands of time before. If there’s nothing special about it other than that, then it’s probably going to be boring.

Look for gesture, character, lighting, or something unique. If they have none of this, then it won’t capture anyone’s attention. It will just look like another person on the street. Boring. 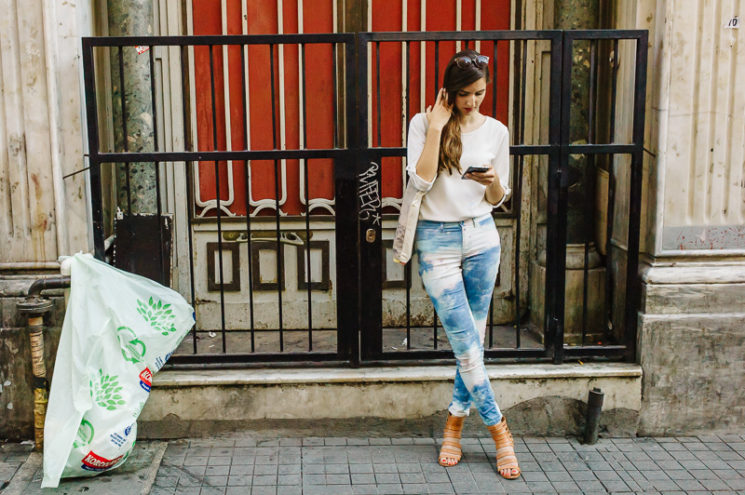 She’s standing on the street while looking at her phone. How often do you see that?

And then there’s the most basic and trendy street photography technique of all.  See a wall and wait for someone to walk by. 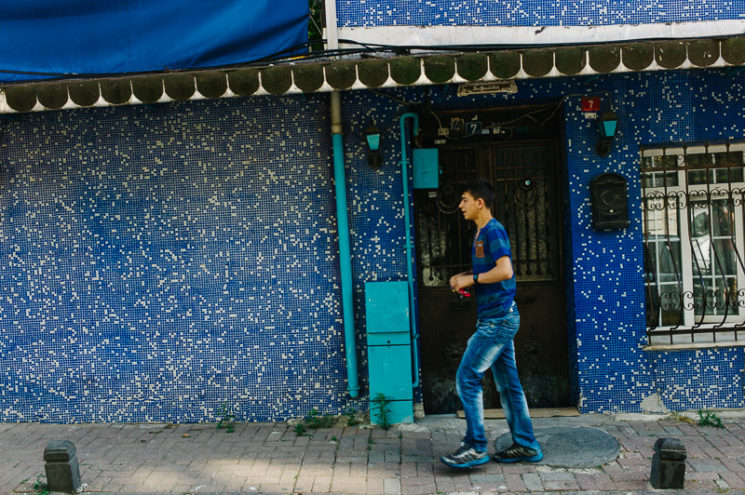 A person walking by a wall. Something that happens a thousand times a day to that same wall.

Even if Picasso himself painted the wall, it’s still just a person walking by a wall. There’s nothing unique or interesting about that.

Many photos, especially in Street Photography, look like someone just quickly pointed their camera and clicked without even thinking about the frame. They even have a term for this technique, “Spray and Pray.” This might come from rushing to take the photo out of fear. Or maybe the photographer just didn’t care enough to frame and compose the scene. 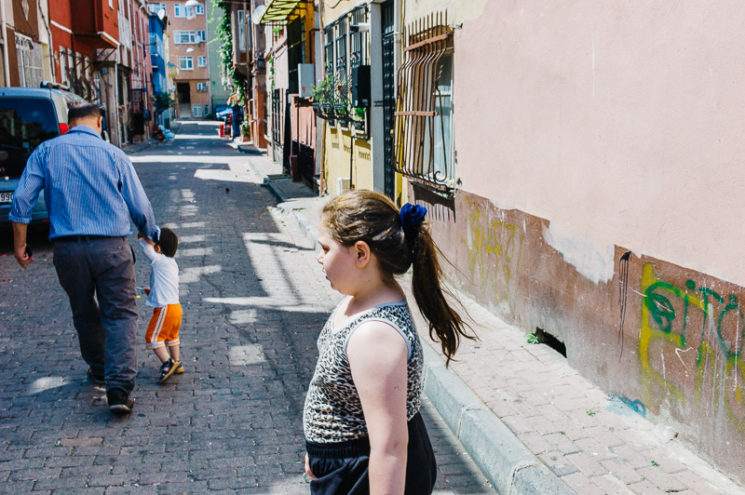 Side of girl directly in the center, empty wall space all to her right, man overlapping the car and almost out of the frame to the left…no composition.

If you don’t put any thought into the composition, it will probably show in the photo. Leaving composition to chance doesn’t leave you with great odds of capturing an interesting photo. 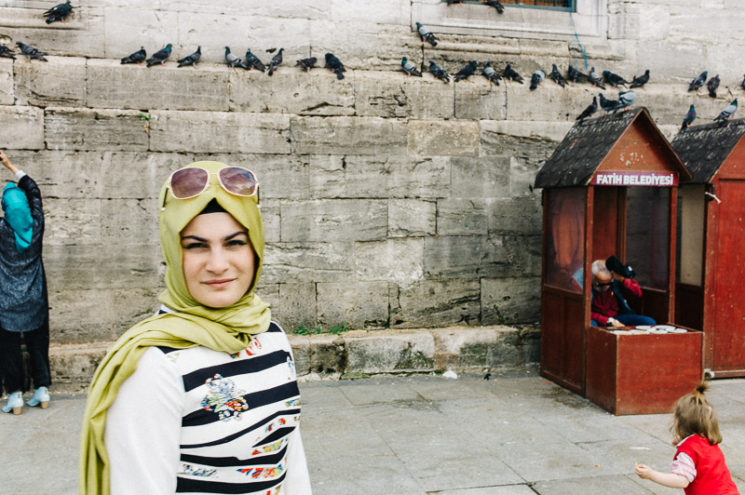 Things are happening in this scene, but poor composition doesn’t bring this out.

There’s so much you can do with a photo today because of editing. This is great, but it can also be a trap for editing too much. Crazy edits might look cool to you at first, but when that wears off, it can look plain ugly.

In Street Photography, you also have to be careful not to lose some of the authenticity of the photo. If the editing adds to the feeling you are trying to portray, that is great. If it turns it into something that looks more like cgi than real life, then it’s probably not. 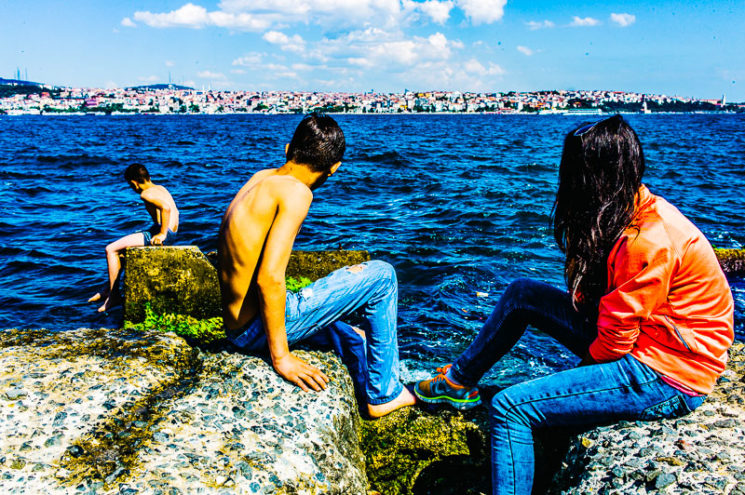 This isn’t cool, this is ugly. 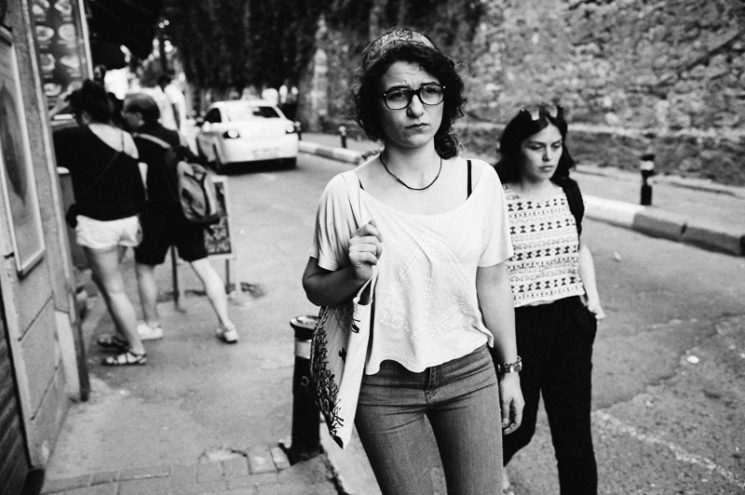 If you find that you do some of these, don’t worry about it. We all have and probably still do sometimes. The main questions you want to ask yourself is why are you taking the photo and what are you trying to show or say in it. Just by looking to say or do more than clicking a shutter, you’ll already put yourself ahead of most Street Photography out there.

Focusing on making it interesting is the best habit to make it not boring.

Have any of you fallen into any of these habits before? What do you do to try to make your Street Photography more interesting and less boring? Tell me in the comments below!

Forrest Walker is a street photographer from Portland, Oregon, but he’s currently based around the world traveling on different photography projects. You can read more about Forrest’s adventures on his blog, and see his work oh his website and Instagram. This article was also published here and shared with permission.

These are seven habits of highly successful landscape photographers