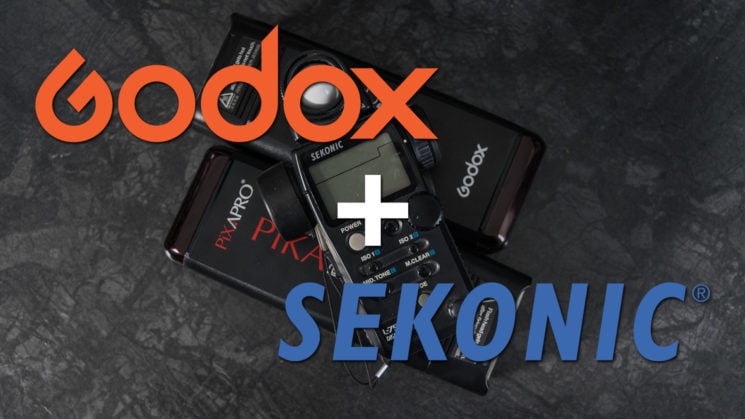 Native Godox support with Sekonic light meters is something I’ve seen many Godox, Pixapro and Flashpoint users asking about for a long time. It seems that Sekonic has been listening, though, and are finally looking into the possibility of doing it. And I think this idea will make a lot of people very happy.

Sekonic has emailed out a questionnaire, which has since been posted several times by recipients to Facebook, in order to get some feedback from users of Godox lights, and its various rebrands around the world, suggesting two possible options for the Sekonic L858D and L-478D light meters.

The preamble for the questionnaire reads…

Sekonic would like your feedback in developing a Godox/Flashpoint radio trigger compatible light meter.

The meter would enable Godox/ Flashpoint users to manually control the power output and remotely trigger your Godox/Flashpoint strobes.

Please read the description of the two meter options and check the appropriate box below:

The L-858D is an incident and reflected (1-degree spot) meter with full photo and cinema functions. It is up to 3 times more sensitive in low light in incident light reading than other Sekonic meters and enables you to measure HSS and Flash duration. The Sekonic L-858D is $599 and an optional Godox radio module would be roughly $99.

The L-478D Godox/Flashpoint­­ would be an incident and reflected (with optional 5 degree-viewfinder accessory) meter with full photo and cinema functions. Like the L-858 it has flash to ambient analyzation, digital touch screen, and many customizable features. It would have a built-in (not removable radio transmitter) Godox/Flashpoint radio module and be priced at $399.

This is followed by a couple of questions about which option users would prefer, what light meter they currently use if any, and their primary lighting brand. There aren’t really any options for adding any other thoughts or opinions to the form, hence this post.

Whether one should or shouldn’t need a light meter in today’s digital world is a topic of hot debate. Just go ask about it in any flash group on Facebook and you’ll find that out for yourself. For many users, they are irrelevant as a result of the benefits that the histogram offers. For others, it’s a vital time-saving workflow tool to minimise the amount of time you spend taking test shots and adjusting.

I’ve been a Sekonic user since about 2012 when I started shooting film again alongside digital. At that time, I picked up a couple of Nikkormat FTn cameras (which is what prompted me to start shooting film again). They do actually have a light meter inside them, although batteries to power them are difficult (or expensive) to find these days. Fortunately, they will still happily shoot without a battery, you just don’t get the meter.

I found a great deal on a Sekonic L-718 and never really looked back. For film, there is no question that they can still be extremely valuable tools. I have since also acquired a Sekonic L-758DR. 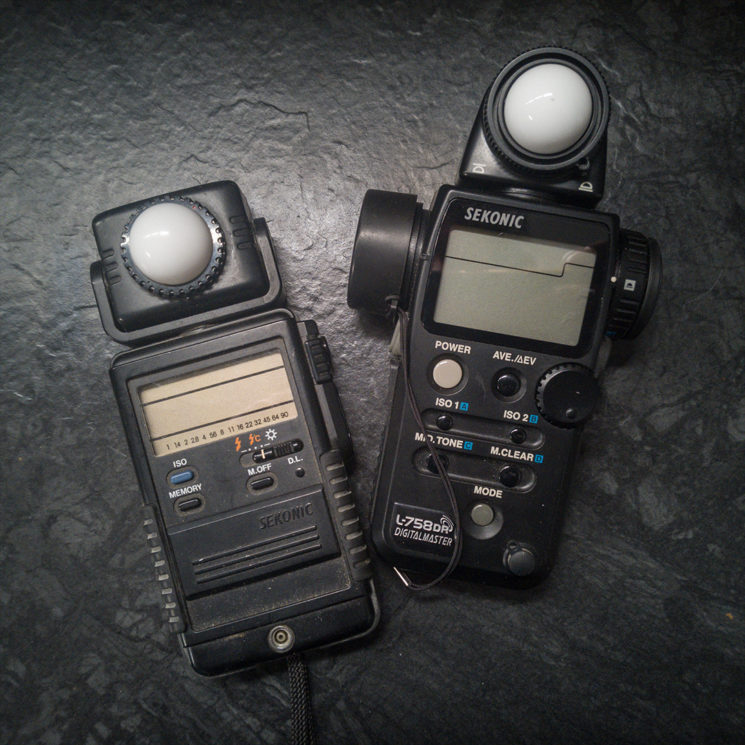 As time passed, I started to introduce the light meter more to my digital work, especially for one long-term project, in particular, that’s been going on for a little over six years now. That project has had images shot with at least 6 different cameras and a dozen different lenses, as well as with speedlights and strobes from Nikon, Bowens, Elinchrom, Yongnuo and Godox.

The only real consistencies between each of the sessions have been my Sekonic light meter and the X-Rite ColorChecker Passport. These allow me to get consistent exposure and colour very quickly (Side note: You can actually use the X-Rite ColorChecker Passport to calibrate exposure on the Sekonic L-758DR light meter for different camera & lens combos). Whether images from that project are shot weeks, months or even years apart, they all look like they belong to the same session and could’ve been shot on the same day.

Now, aside from my insane 3000Ws Bowens Ringflash (which rarely gets any use anymore), all of my lights are made by Godox (although most have the Pixapro name stamped on them). They’re all capable of high-speed sync, which I often use when shooting outdoors. This makes my L-758DR essentially useless on location except for video work, so I just fall back to the histogram.

Sekonic does do a light meter that meters for high-speed sync, though. The Sekonic L-858D. Yes, one of the two light meters mentioned above. But without an easy and native way to fire Godox lights in HSS mode directly from the trigger, I decided to just stick with the L-758DR and the histogram. When I’m not using HSS, I just press the button on the Sekonic and fire a second trigger in my other hand.

Given that Sekonic already offers compatibility with various meters including brands such as Elinchrom, Phottix and PocketWizard, it makes sense that they’re now looking to add Godox compatibility, given the popularity of their lights.

Would I get an L-478D if it had a Godox trigger built in? No, I probably wouldn’t, to be honest, because it doesn’t really offer me any advantage over just using my L-758DR meter and a second Godox trigger to fire the lights. It doesn’t do HSS and I’d still need that 1° spot for metering film, and I couldn’t justify another meter in addition to the L-758DR. It might offer you one, but it doesn’t for me because I’ve just gotten so used to it over the last few years.

Would I go up to the L-858D if they added Godox compatibility? Yes. Absolutely. The only real reasons for me to upgrade my L-758DR are for metering high-speed sync and measuring flash durations, both of which are offered by the L-858D (and I get to keep that 1° spot!).

One part of the questionnaire is a little ambiguous, though.

Given that you can control up to five different groups in various modes on the Godox XPro and other Godox triggers, I’d be curious how this is integrated into the triggers. Both triggers do have LCD touchscreens, so in theory, Sekonic could give them whatever interface they wanted in order to be able to do that.

However, whatever settings you plug into the meter, you’d also have to plug into your trigger, or your camera won’t be firing them at the same settings as the meter. If you’re regularly making changes to the light, this might just slow you down enough to be a pain.

Personally, I think they’d be better just having the meter run in “App Mode”, as you would if you were using two Godox triggers. I do this with product photography all the time, you can see us doing it here with the Godox X1T trigger in app mode with the Godox A1 & mobile app controlling the power of the lights. That way, you only need to adjust the settings on the trigger itself and the Sekonic meter would just tell them to fire at those settings.

If Sekonic does find a way to add full control from the meter itself, then hopefully they’ll add app mode as an option, as it should result in a much quicker workflow for many photographers – and may be the difference for some photographers between getting a new meter or not.

If Sekonic added Godox compatibility, which light meter would you use? Would you use one at all?