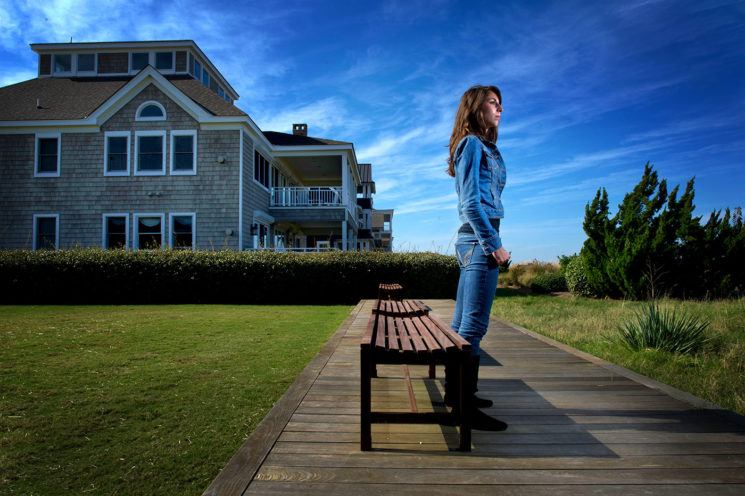 Do you shoot with an “abundance” mental approach? Or is your choice to shoot from a mental state of “scarcity”?

An example – and I will use the old me as the example, as I used to have a scarcity mentality. I looked at the glass of water and saw it as half empty. In fact, I wanted to know who stole the rest of the water that should have been in there so I could kick his ass.

Heading out for a shoot, I would think about what I didn’t have. What gear I wished I had that would, of course, make the shot way better. I didn’t have the time I needed to prepare or do the proper scouting. I would find fault with every thing on the set, and be a taskmaster to create perfection.

Anything less was not going to be good enough, and I didn’t achieve perfection – ever. No one who lacked as much as I did could ever come close to perfection.

A constant focus on what I did not have. Whether gear, or time, or money, or…

So how damn good did I think I was? How good could I have ever thought I was lacking all the basic stuff the ‘other guys’ had.

If not having shit was an award, I was quickly running out of shelf space.

I would come home depressed because the shoot didn’t go the way I had planned on it going. I had fully developed that shoot in my mind and had everything set from the moment I got there till the moment we wrapped it. And, shockingly, the shoots usually didn’t go as I had so meticulously planned.

Understand something: I was doing good work. With good equipment. With fabulous models and the best stylists in town. I wasn’t shooting crap. I just wasn’t shooting what I thought I should be shooting. I had great clients who loved my work (idiots) and a super team that seemed to like me (fakers).

I was in Scarcityville. I lacked… well, everything.

You see “Scarcityville” is a state of mind that cannot be changed by reality. No amount of gear or cool lights or great clients would move my ass out of Scarcityville… it was home. It was as comfortable as an easy chair. No responsibility for anything, scarcity was the problem. No worries, everything sucked anyway. Stuff goes wrong and it was eeezy peeezy to find someone or something to blame it on.

Scarcityville… Population? We don’t know, not enough to count… what about the term scarcity do you not understand?

Changing that way of looking at the world was hard. And it took time and a mentor or two that came along to kick my ass out of scarcityville. They were like mental realtors from hell. They foreclosed on my little dump in suck city, and made me get a sweet little condo over in “Abundance”.

There was no one else to blame when things went awry, it was my responsibility. I didn’t lack anything, I made great use of what I had. And there was not a personal attack when shit happened, shit simply happened.

Scarcity means not letting go of what is wrong to find what is right. An abundance mentality means letting what is right guide you to the work you want.

Don’t have a 300MM f2.0 lens? I can think of a lot of shots that would require that lens to do them justice. I can also imagine there are about a gazillion and a half images that could be made without it. Which do you want to concentrate on; the ones you cannot do because you lack the lens, or the ones you can do with your nifty 100MM f2.8?

I read it on forums and I hear it in workshops. A constant drone of “I need to get” and “if only I had a ____”… in order to make photographs.

Bullshit. A camera and a lens is all you need to make photographs. We get so mired in what the other guy has to make his photographs, or the cool lens she has to do those amazing ‘bokeh’ images. that we fail to make any images at all. (Not a fan of the ‘bokeh’ thing.)

Here’s a clue, Sherlock… getting that lens will not solve the problem, it only alters the “need”. The problem is from thinking about what you do not have instead of being in tune with what you do have. And you will instantly find yourself ‘needing’ some other thing, the cool lens was not enough.

Develop an abundance mentality that allows what you do have to be more important than what you don’t have. Be aware of the limitations of course, but instead of letting that inhibit your creativity, let it be a catalyst for doing something extraordinary.

Take responsibility for all that surrounds you, and stop blaming your choices for getting in the way. If something is truly a problem, eliminate it. Start over. Trade it in.

Change what you can, and leave the rest to rust.

But I won’t go any further… I’m done preaching and I need a smoothie.

Don Giannatti is a photographer and author based in Phoenix, Arizona. He runs Lighting Essentials, one of the best resources out there for photographers. You can visit his website here and his online portfolio here.

Selfie culture: what your choice of camera angle says about you
« Why I’ll Never Use FEDEX Again to Ship My Camera Gear
This vintage “bazooka lens” takes the word “shooting” almost literally »