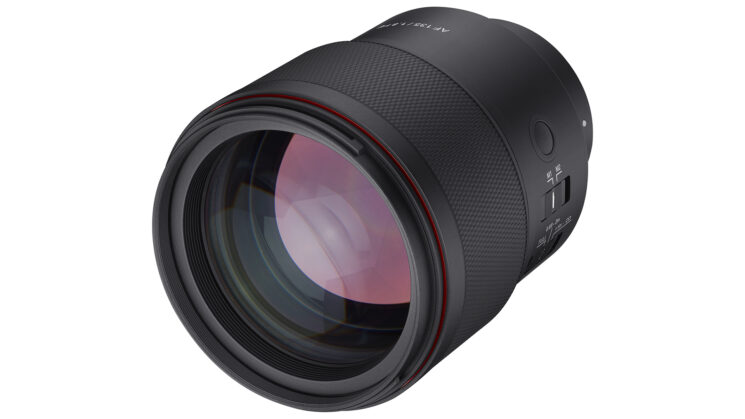 The new lens, Samyang says, was released to provide an autofocus evolution of its manual focus f/2.0 predecessor, launched in 2015. It expands Samyang’s AF f/1.8 lineup, adding to the 24mm, 35mm, 45mm and 75mm f/1.8 autofocus lenses, allowing you to quickly switch between a range of focal lengths with the same bright wide aperture.

Samyang hasn’t posted a video about the lens themselves yet, although a first-look of a preproduction model of the lens has appeared on YouTube already, courtesy of Alyssa and Peter Zalabai.

The lens offers an 18.9° field of view for full-frame Sony E mount cameras and a 12.5° field of view on APS-C bodies (equivalent to around 200mm on full-frame) with a wide f/1.8 aperture for a shallower depth of field when required. Samyang says the lens delivers “superior” edge-to-edge sharpness and contrast throughout the shot. An Ultra-precision Aspherical (UA) lens element delivers smooth, natural and refined bokeh. 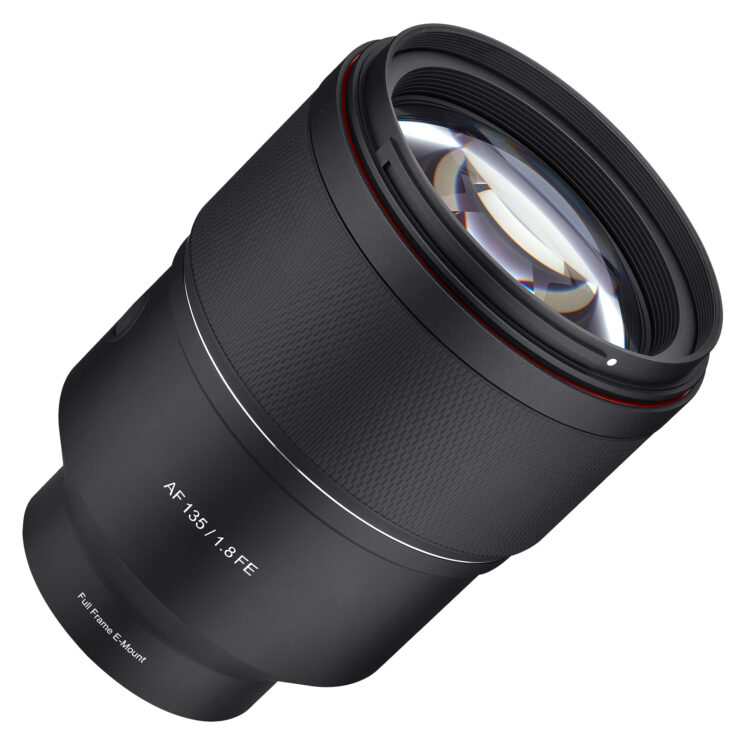 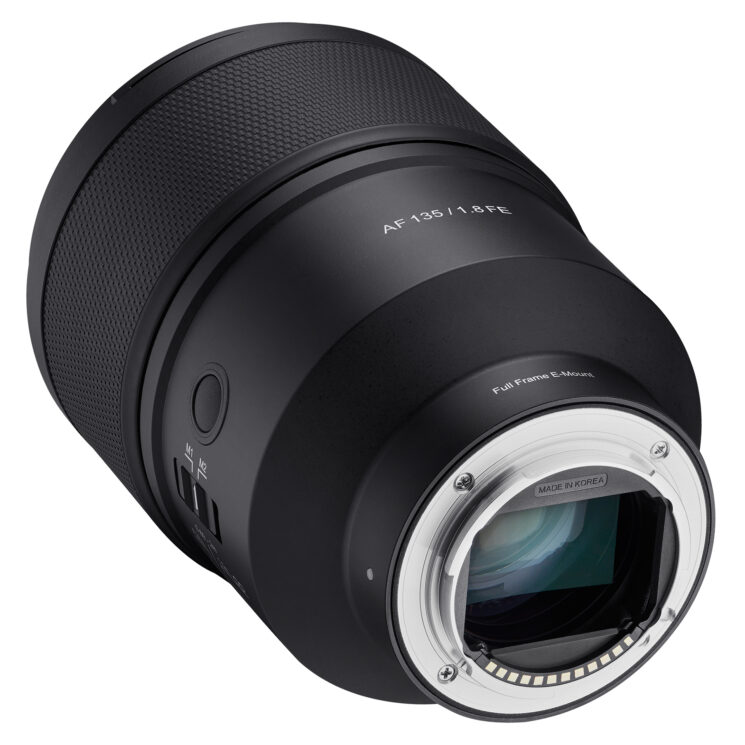 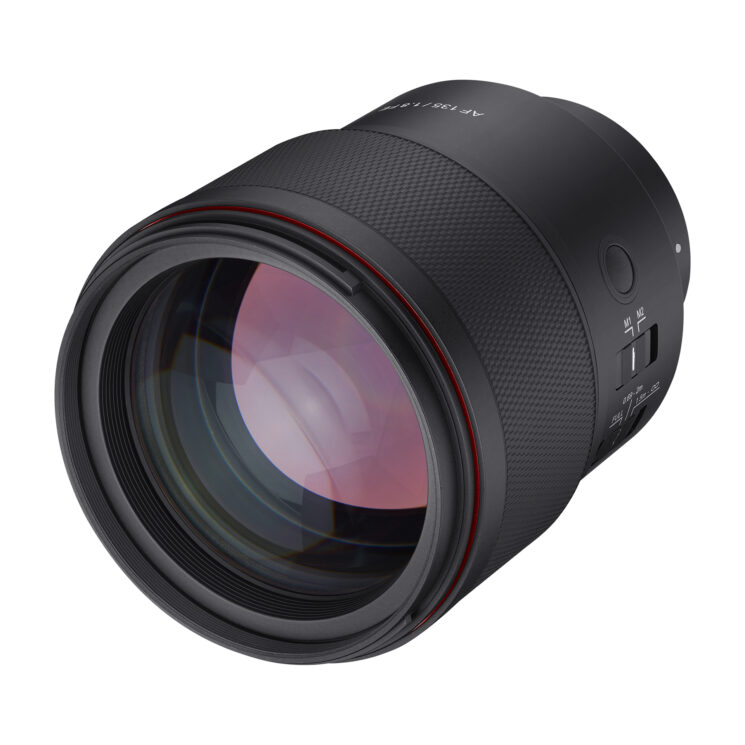 A fast and quiet stepper motor (STM) autofocus system allows you to use this lens easily in noise-sensitive environments like weddings or when shooting video but while providing the speed required for things like sports. A Focus Hold button allows you to keep the lens set at a distance once your AF has locked onto the subject. A custom switch also allows silent operation of the aperture by rotating the focus ring – although, Samyang says more features will be added to this switch in a future firmware update and can be updated via the Lens Statio dock. 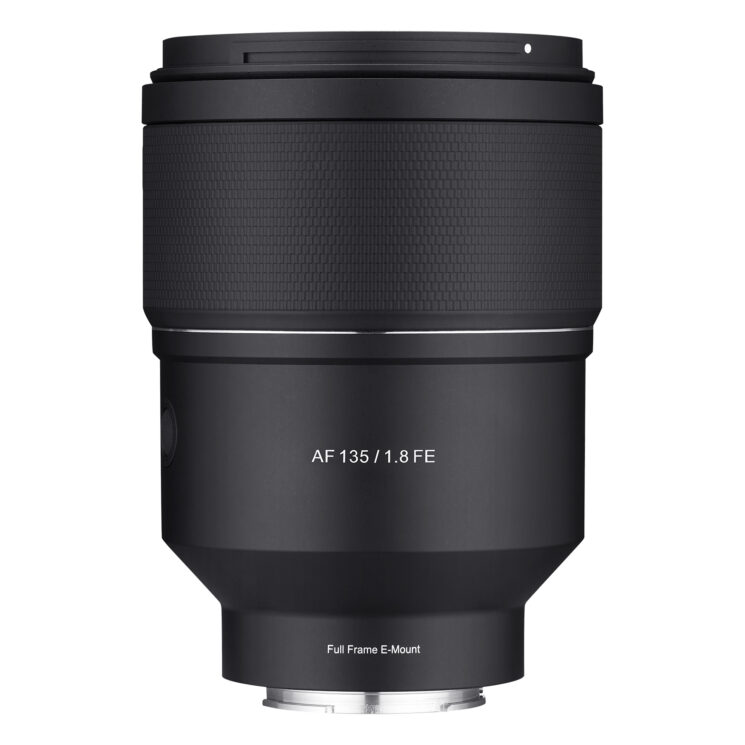 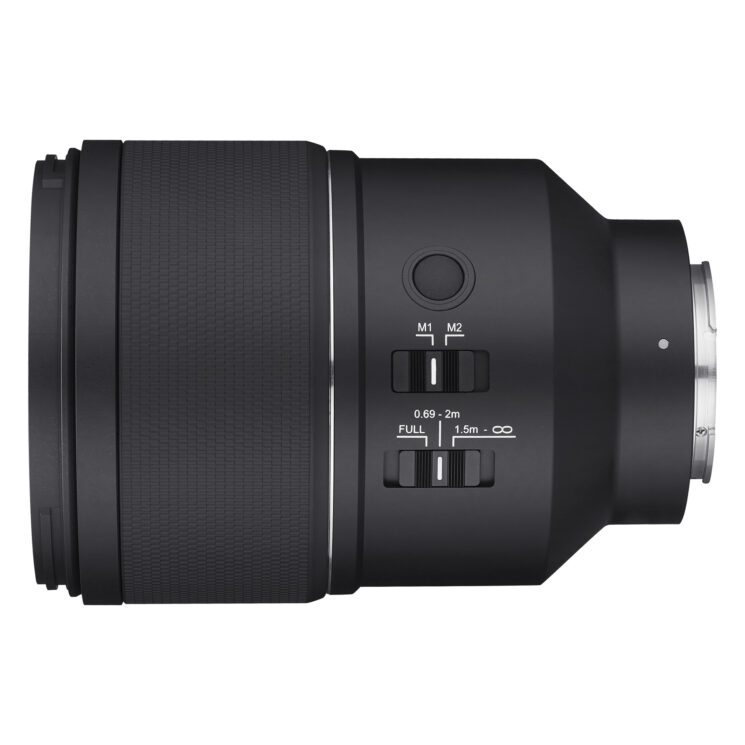 There’s also a focus range limiter switch, giving three options. Near focusing, which takes you from the lens’ minimum focus distance of 69cm up to 2m, far focusing, which goes between 1.5m and infinity and full focusing, which offers the complete range from 69cm to infinity.  This will save a lot of time when your subjects are always in a specific range, like below 2 metres for portraits or above 1.5 metres for sports or weddings where you’re photographing people at range.

It will be interesting to see how the speed and quality compare to the competition from Sony, Zeiss and Sigma once a retail (and not preproduction) version of the lens gets into the hands of users and we can see some real-world reviews. It’s significantly less expensive than all three of the primary alternatives, but is it… less good? Samyang’s other AF f/1.8 lenses seem to have made a good impression, so I’m remaining hopeful. I’m also remaining hopeful that maybe we’ll one day see these coming to Z, RF and L mounts, too.

Sigma 135mm f/1.8 for Sony E-mount does an impressive job for portraits

« Flying a drone in Iran sends a French tourist to jail for 8 years
The new Lord of the Rings intro looks CGI, but it’s 100% practical effects »