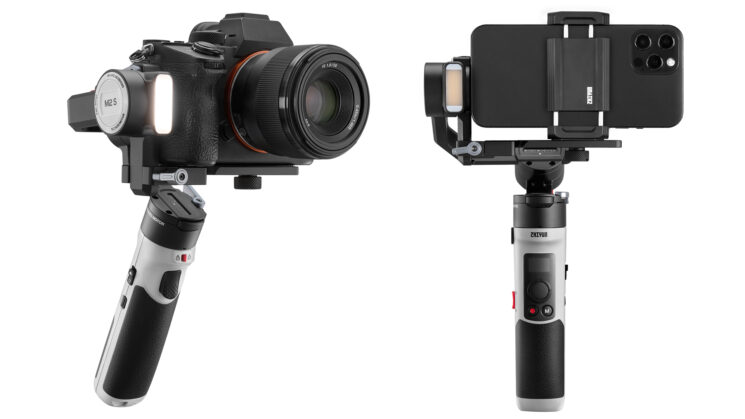 Zhiyun has today announced their new Crane M2S gimbal. Targeted towards the same audience that would go for the Crane M3, this one is even smaller and lighter, weighing in at only 549g(~180g lighter than the Crane M3). But don’t be fooled by its size. This thing caters to everything from a smartphone to a Sony A7S III and includes many of the Crane M3 features, like a built-in LED, USB-PD fast charging and “flagship-grade” quick release tech.

The Crane M2S and the Crane M3 actually look quite similar, too, but when you see images of the two side-by-side scaled to match the camera size in each, there is a noticeably slimmer, smaller and more compact design on the Crane M2S. 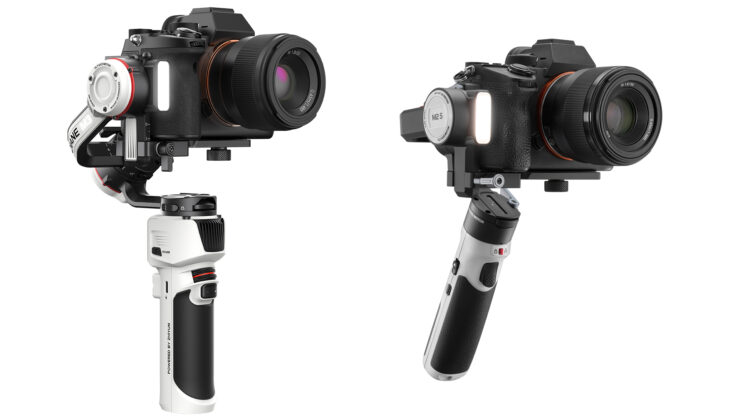 Like its slightly larger sibling, the Zhiyun Crane M2S features a built-in LED light that Zhiyun claims produces over 1,000 lumens of brightness within 2.8 cubic metres of the subject with five levels of adjustability and four colour filters to let you get a little bit more creative with your fill light. It supports USB-PD charging up to 12W via a Type-C USB connector with full charge achieved in around 100 minutes and a running time of up to about 10 hours. The battery can also supply power to the camera over Type-C USB at 5v and up to 1A, as well as providing remote control over the same cable with compatible camerass.

Like the Crane M3, the Crane M2S also comes with a bag in its Combo package option of a similar backpack style. Also like the Crane M3, the bag is bright white, so it kind of stands out. I really wish they’d given us a black option for these that’s a little less “HEY! LOOK AT ME!”. The standard gimbal-only package comes with the usual hard foam case. The Combo package also includes a metal Zhiyun smartphone bracket. 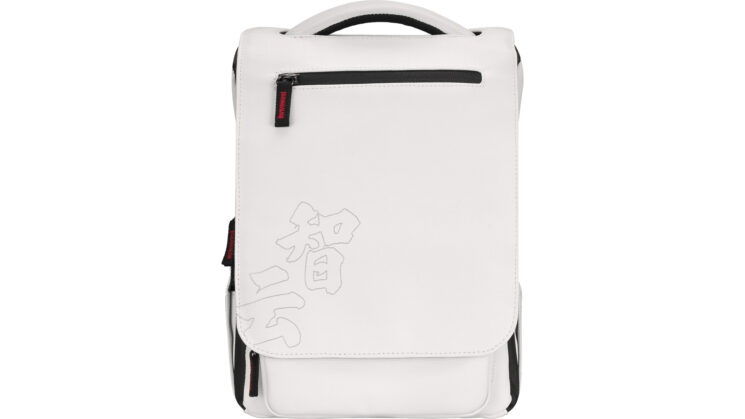 The Crane M2S features all of the shooting modes we’ve come to expect from a 3-axis motorised gimbal these days, including Pan Follow, Follow, Lock, POV, Vortex, Go (a type of “sport” mode) and apparently some more. There’s no mention of the app in the press release I’ve received about the Zhiyun Crane M2S, but presumably, it will also support the tracking features available in the ZY Play app as well as the mimic mode that lets you remote control your gimbal direction simply by rotating your phone along its three axes – but, this hasn’t been confirmed by Zhiyun at the time of writing this post.