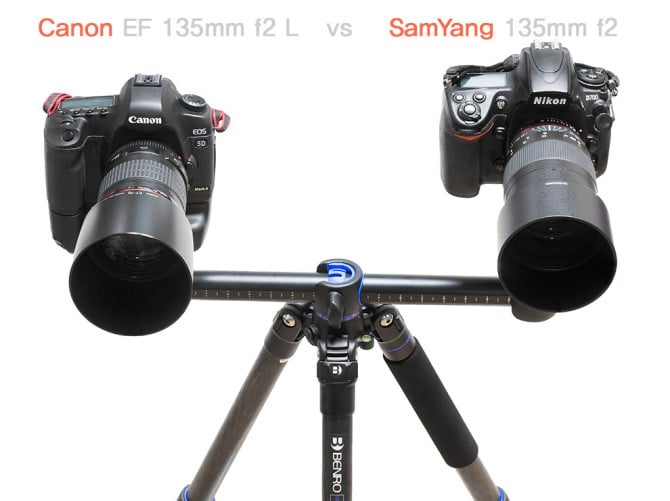 The newly announced Samyang 135mm f/2 has caused quite a bit of excitement with its wide aperture and modest ($550) price tag.

A head-to-head comparison, conducted by South Korean blog Gear for Image, brings first results of the new portrait lens. Facing Canon’s superb lens, the Samyang has its work cut out.

Interestingly, according to entry date of the original post, this review was submitted on January 6, 2015. That’s almost a week prior to the official announcement. While possible that it’s simply an older blog post that was edited after the official announcement, the fact that the blog already has the lens in their possession leads me to believe that the post was in fact posted a week ago. If that is the case, this comparison might be using a pre-production copy of the lens so we can expect to see slight variations with the final production copies.

The comparison was done using a Canon 5D Mark II and a tripod. All photos were taken at, wait for it… 135mm lenses!

For this test the Sigma 70-200mm lens was used as well, giving you a comparison of Samyang’s lens with a standard zoom lens. We will focus on how the Samyang fares against its Canon counterpart, but you might find the results interesting if you own that lens.

Here is how I see the results: 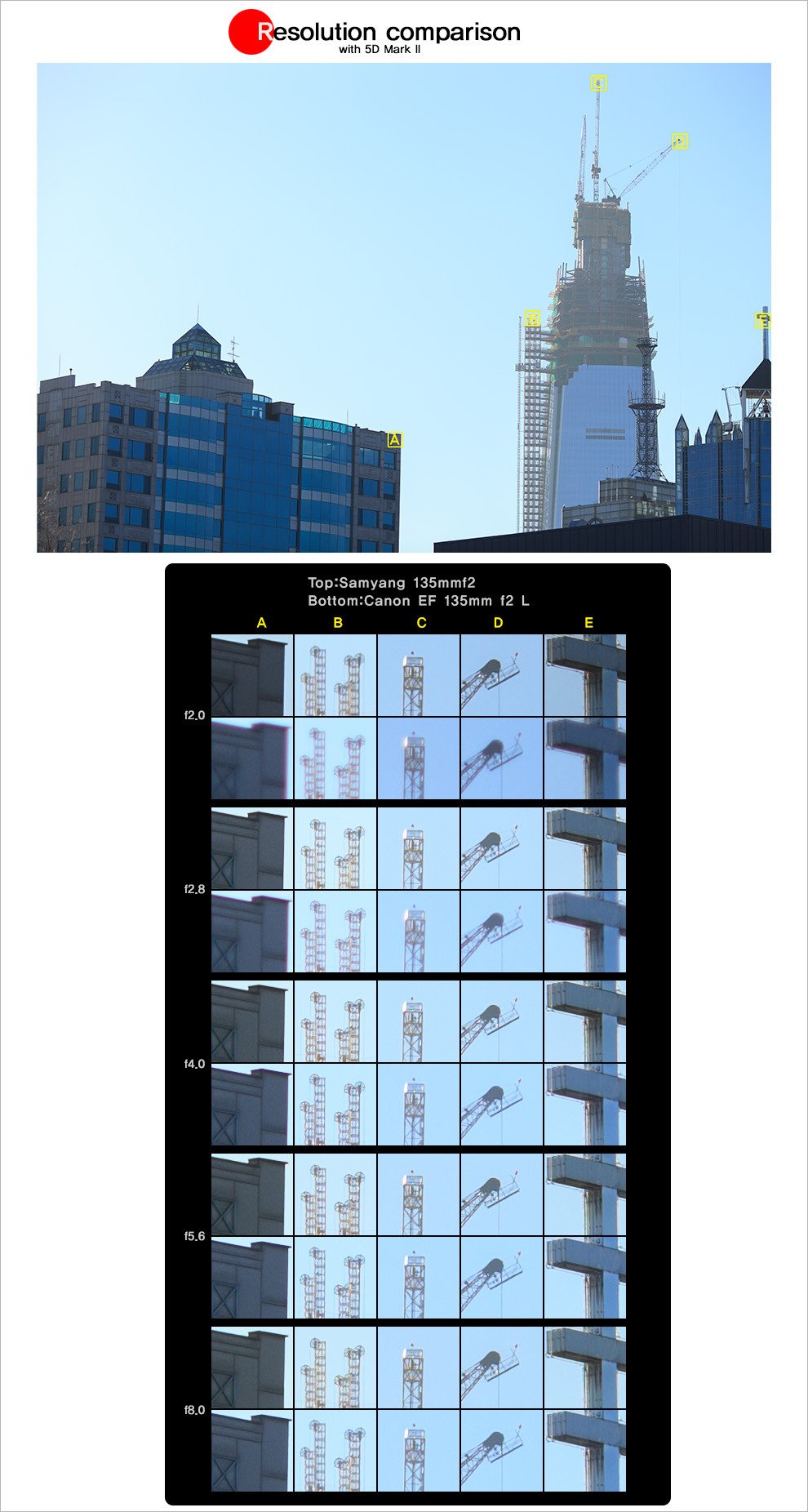 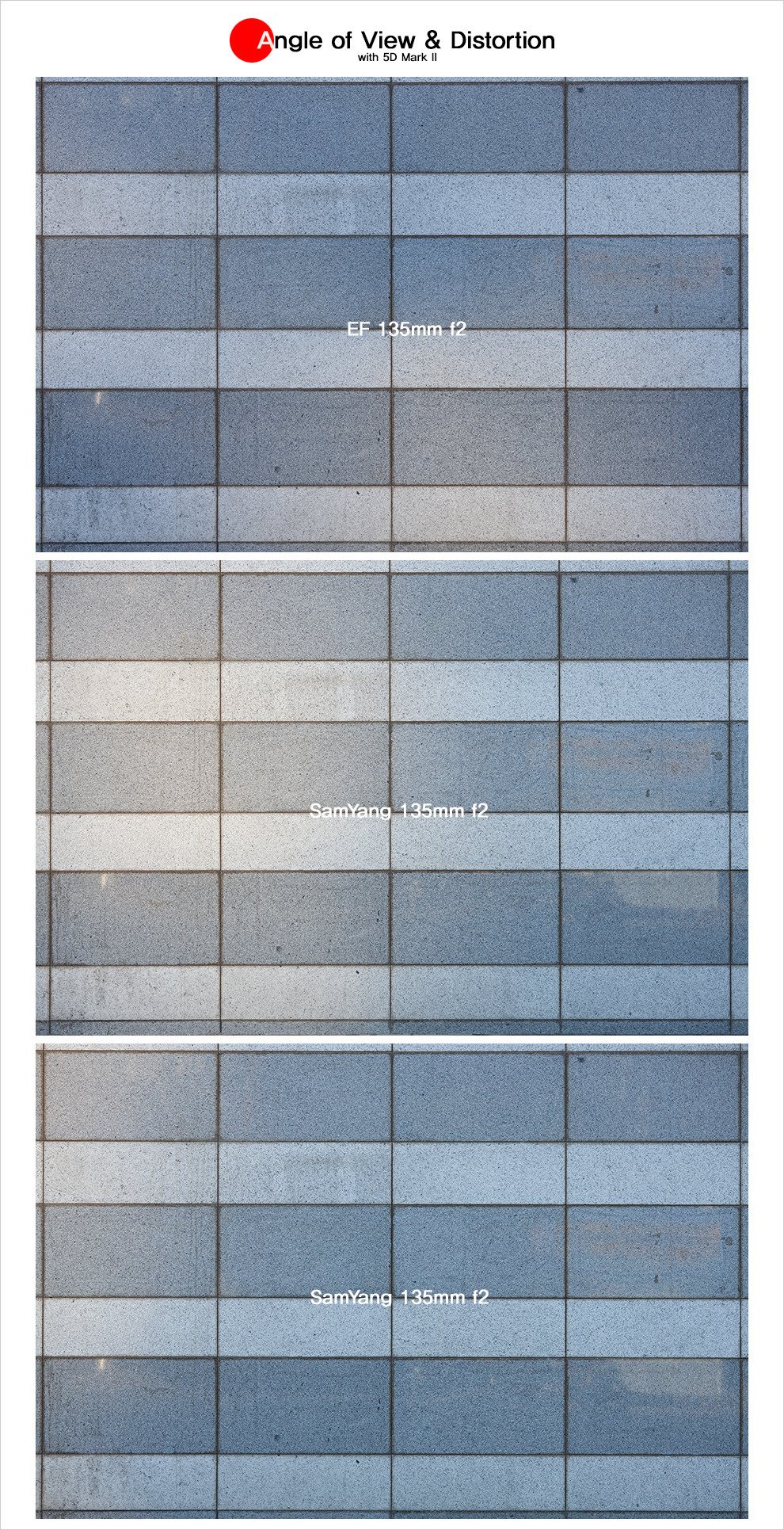 At the distance the photos were taken the Samyang’s field of view was a bit wider, so a closer photo was taken for a same-frame comparison.

Samyang’s ED (extra-low dispersion) element definitely pulls its own weight. The Canon doesn’t shine at f/2, but its gets bit better at f/2.8 and the CA is almost gone at f/4. By f/5.6 it is completely gone. Either way, this kind of CA can easily be removed in post production. 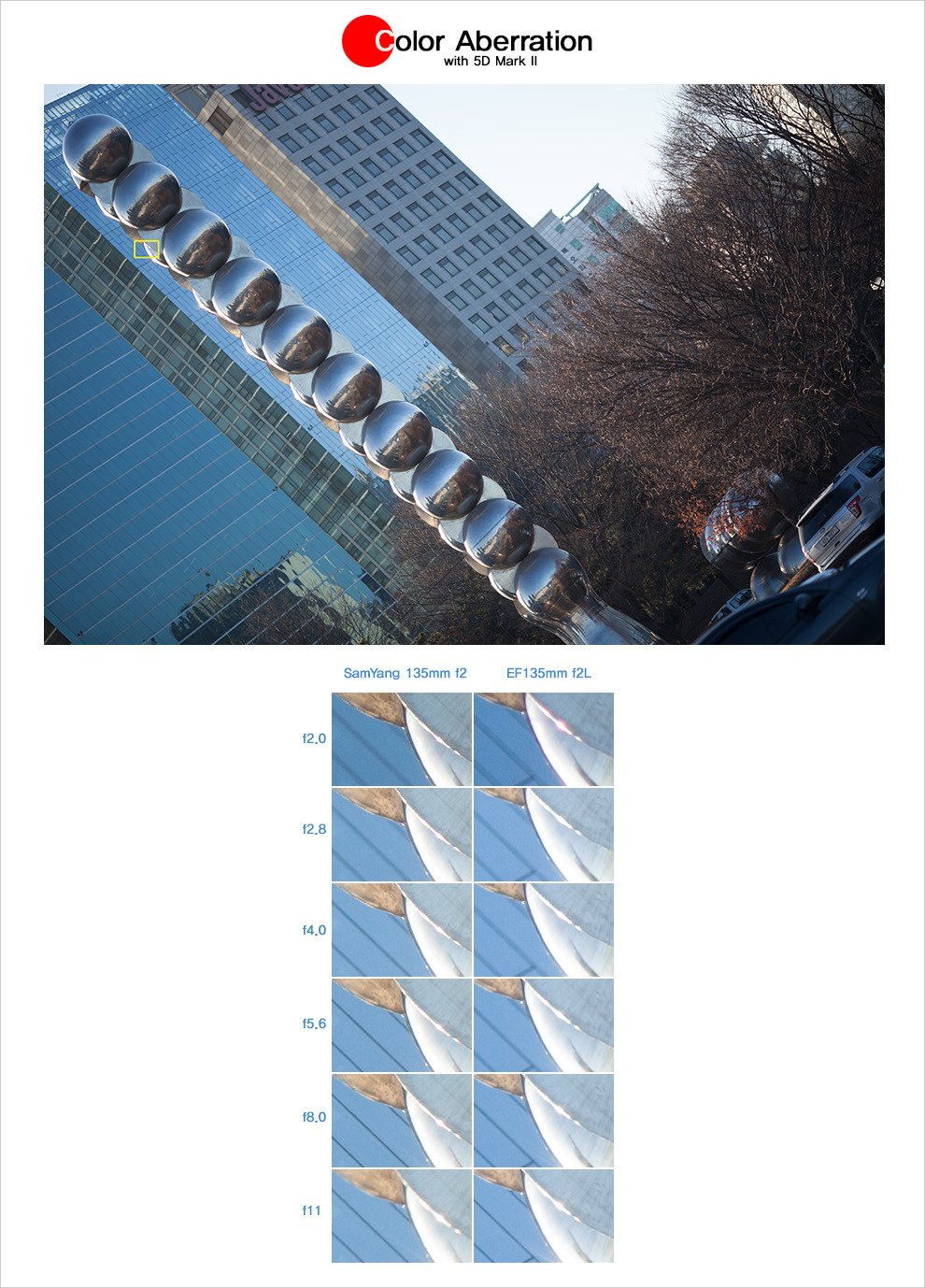 The Canon shows clear CA at f/2. Otherwise both lenses passed this test without incident, though it wasn’t the most challenging situation. 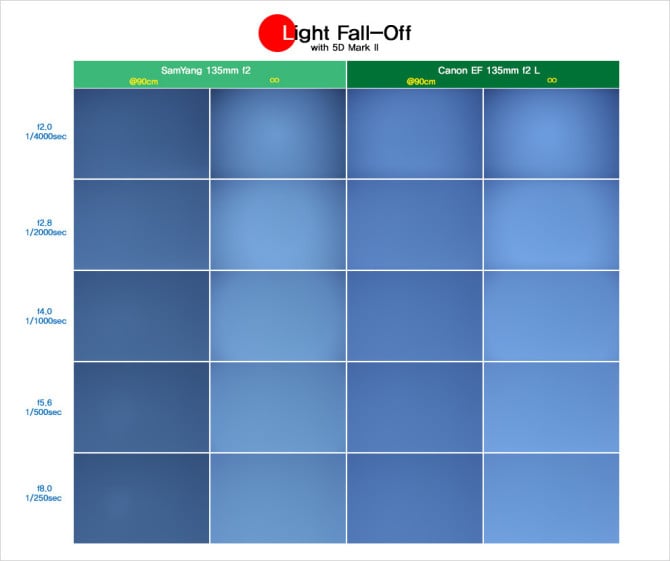 This is a clear win across the board for Canon, though this is also easily fixed in PP.

The Samyang has a nine blade iris that should help it achieve great bokeh. Perfectly round at f/2, the bokeh is no longer round from f/2.8. While the bokeh is not bad, keep in mind this photo was intended to show the shape of the bokeh and not the bokeh itself.

Gear for Image conclude that this is Samyang’s best lens so far, and based on what we’ve seen here I can’t disagree. While this review compared just one copy of the Samyang 135mm f/2 (so YMMV a bit), it seems like a lot of photographers and filmmakers will be adding a new item to their wishlists.

Notice the photos are of the cine version. 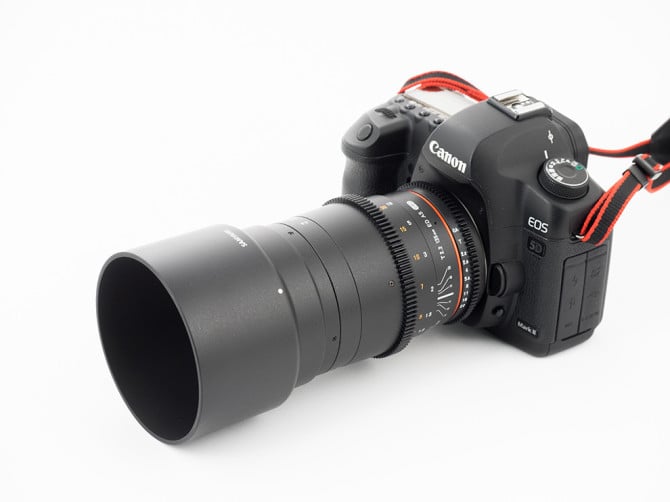 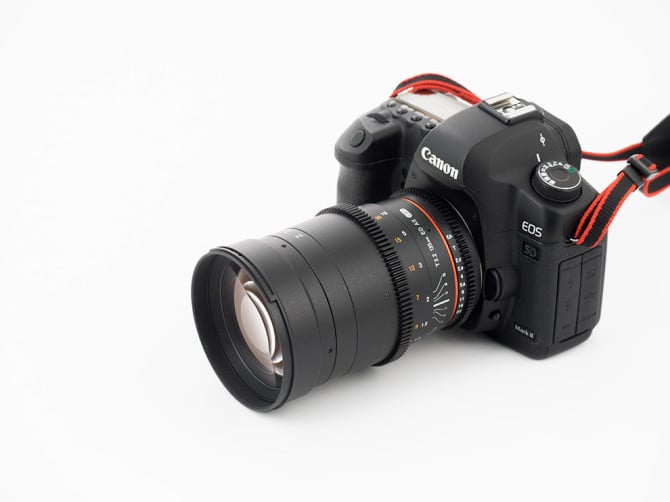 Full size example as well as more info can be found at the bottom of the original post.

All photos from Gear for Image.

Note: a previous version of this post had the lenses mixed up. It’s been corrected and is ok now.