Sean Hawkey is go-getter. The type of photographer so motivated by his convictions and interest, he doesn’t think twice about undertaking a new endeavor, a new adventure. Hawkey isn’t deterred by difficulty, he has the patience of a saint and those characteristics shine through in his photography. Hawkey has spent over a decade travelling among, photographing, and reporting on a number of different cultures; documenting human interest stories as a freelance journalist. Given the nature of his job, and all that it entails,  it’s a given the photographer has seen his fair share of adversity. Being a travelling photojournalist is no career for the faint of heart, but Hawkey need not trouble himself with such things. When the trials of his chosen occupation rear their ugly heads, Hawkey coolly answers back, is that all you got?

With the notion to break away from the norm, set down the digital, and focus on doing something differently, Hawkey set his eyes on the Sotrami mine. As part of the Free Trade Foundation, the Sotrami mine has recently undergone several changes in policy which abolished child labor and gave worker’s rights a boost. Hawkey recognized the efforts and sought to work on a project which would help highlight Sotrami’s progress. There have been, of course, photography projects that document the lives of miners, but Hawkey’s project was different. Hawkey had come up with the idea to incorporate not just the mine worker’s faces and stories, but also the product of their labors. Using silver nitrate from Sotrami’s lab as part of the developing process, Hawkey would create a series of tintype portraits of the very miners who dug it from the earth. 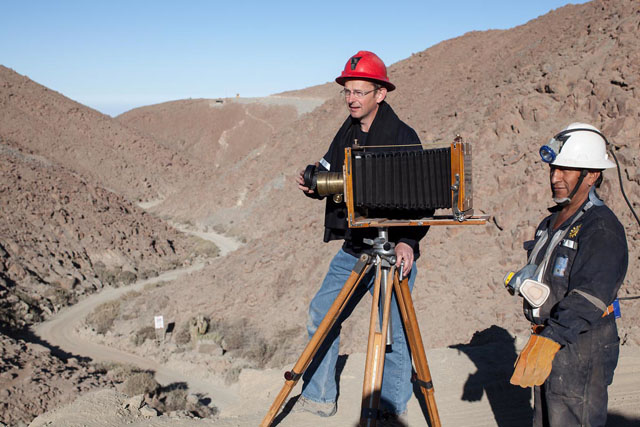 Hawkey at work in his “studio”

As romantic of an idea as the project was, it wouldn’t be a sunset stroll down the beach. After piecing together a camera with a lens from France and bellows and body from the Ukraine, he spent time at his home in England learning the wet process–a difficult task in itself. He called up John Brewer to help him perfect the craft of tintypes.

Then, once arriving in Peru, Hawkey learned two essential chemicals needed to develop the tintypes, nitric acid and diethyl ether, which he had to bring into the country, were going to be held up in customs for two weeks. Upon their receipt, Hawkey loaded up his nearly 50 pounds of antique camera equipment and metal plates into a pickup and began his journey to Sotrami.

At the mouth of the mine, Hawkey set up his studio and darkroom. Much to his surprise, the miners were very interested in what he was doing. They were entertained when they saw Hawkey add a sugary Inca Cola to his chemicals, which helped prevent heat induced fogging. Finally, things were starting to fall in line. All the miners expressed an interest in having their portrait taken. Before long, word had gotten out about what he was up to. Hawkey told the New York Times,

“I was in bed one night when I heard a knock on my door. There were four policemen there. I knew there were security issues because the mine produces gold and silver. One of the policemen said, ‘We hear you are taking photos of the miners. Can you take some of us, too?”

What started as a wild idea, Hawkey’s vision became a reality. The inherent, rustic qualities of a the wet plate collodion process coupled with the miner’s prematurely aged faces and tired eyes (both the result of carrying 100 pound sacks up ladders on a daily basis, some since childhood), the images Hawkey captured beautifully portray the Peruvian mine workers.

Take a look a handful of images from the project, below, and be sure to head over to Sean Hawkey’s website for more. 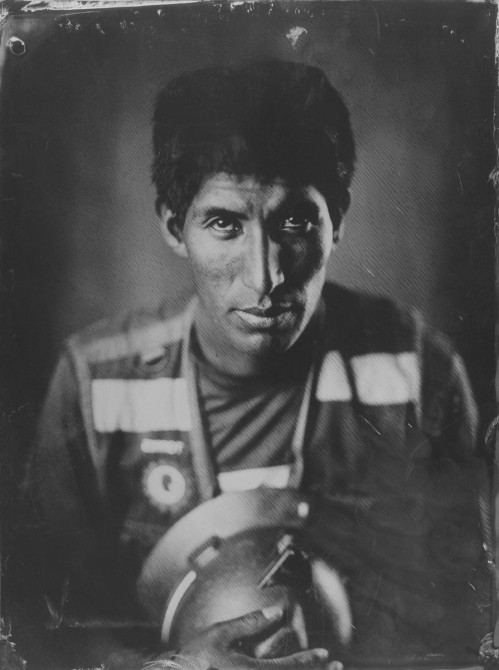 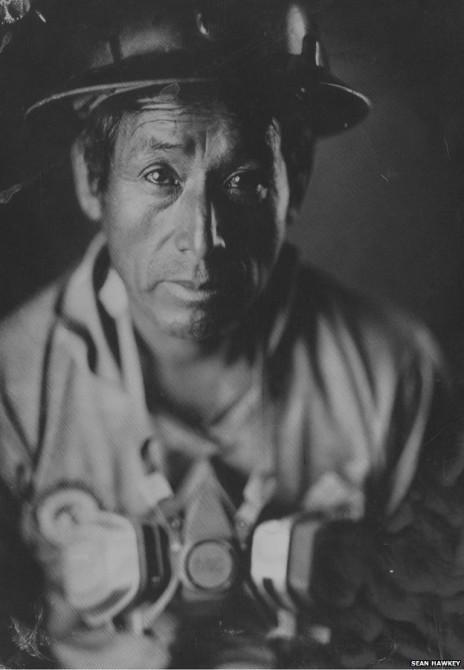 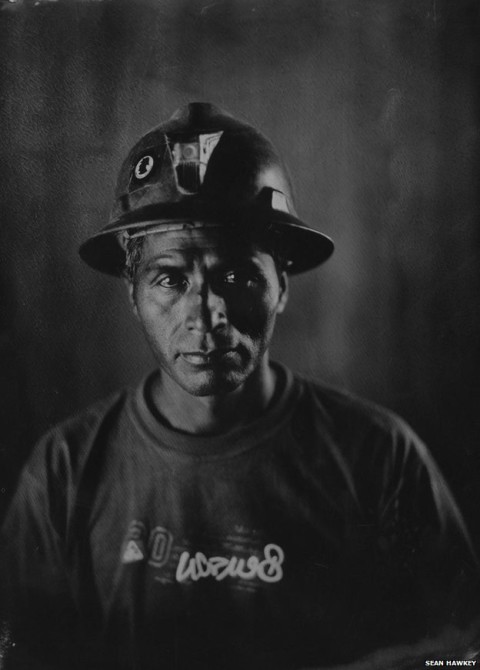 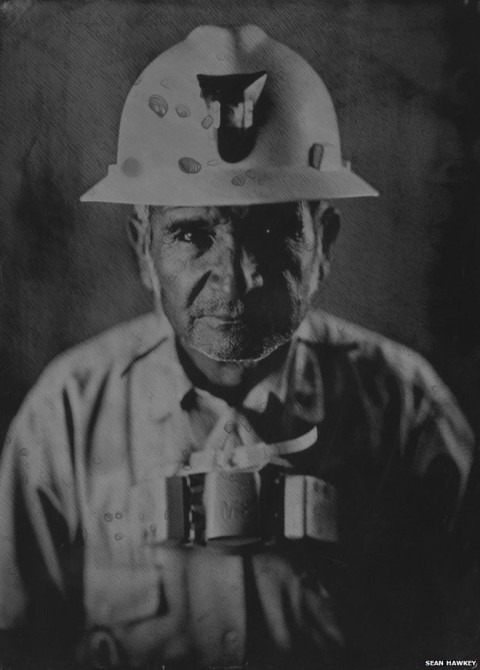 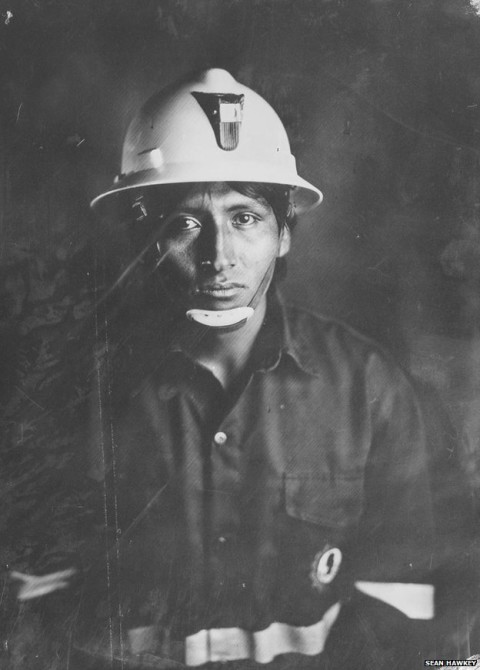 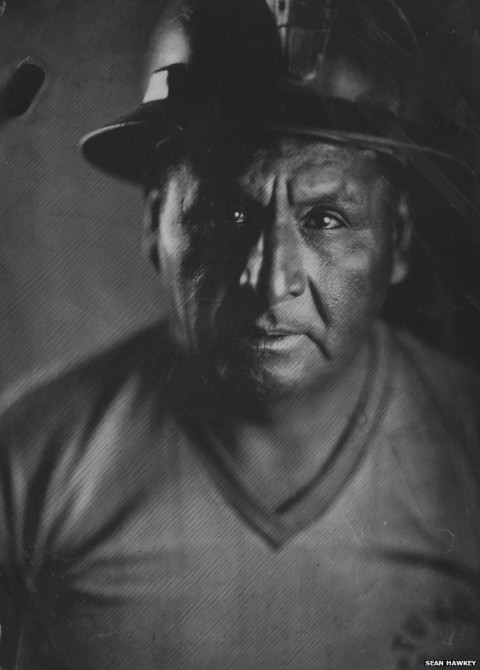 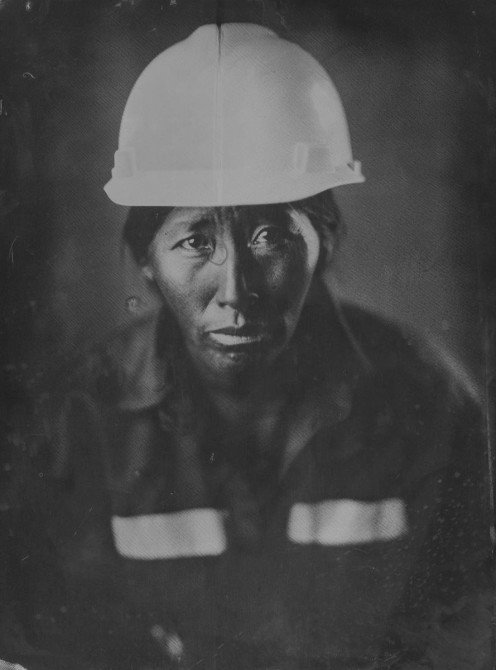 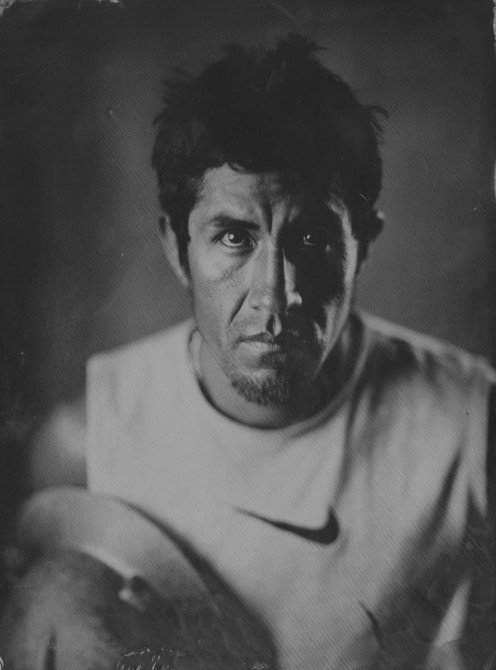 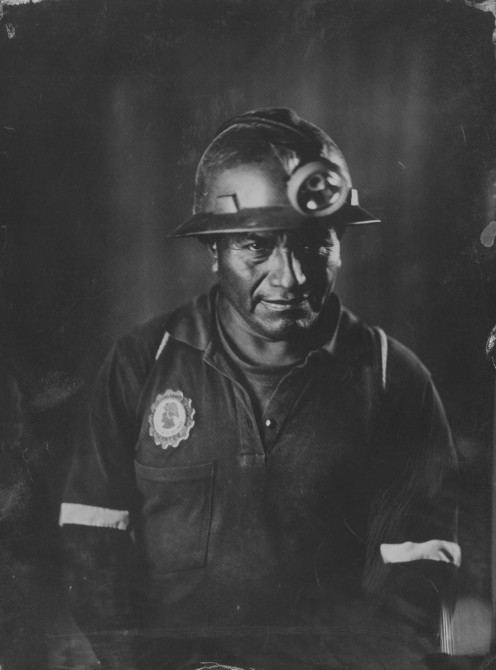 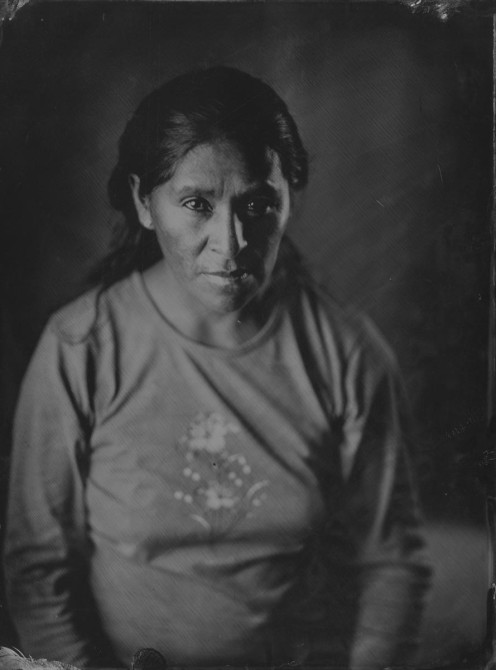 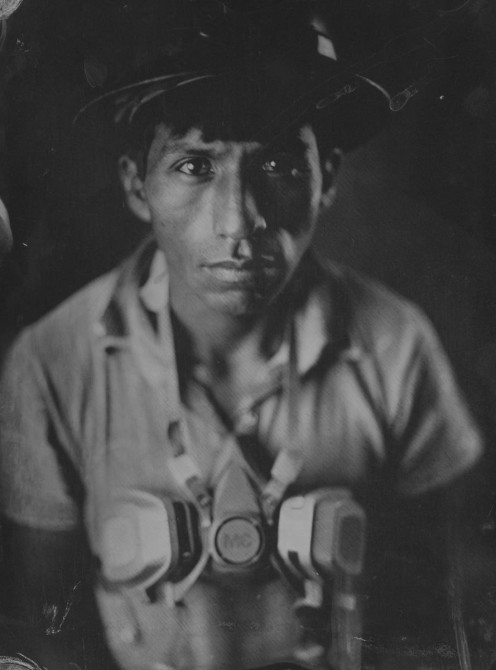