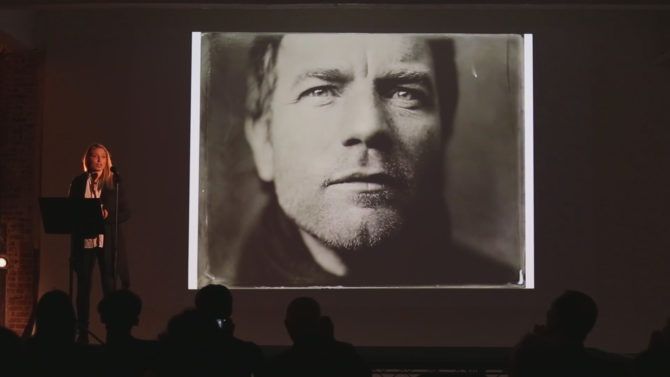 With film’s second demise looking more imminent with each Fuji announcement, wet plate photography gets more and more appealing. Don’t get me wrong, I primarily shoot digital, but I enjoy the process of creating analogue. It not because it “forces me to slow down” or anything arty. It’s just relaxing, especially developing it.

The observation Victoria noted about how the interactions with her subjects changed when shooting this way was interesting. I’ve noticed similar when shooting with film.

In this digital age, where photographs are almost disposable, people still appear to have a healthy respect for analogue. I see a very different response when I point a 50 year old Nikkormat at somebody instead of a DSLR.

Whenever I shoot street photography with a medium format film camera, I always get people wanting to chat about it. Instead of hiding from the obvious camera, I actually get strangers asking me to shoot their photo.

What I also found intriguing was that things once considered defects now appear to be desirable in tintype portraits. This, too, also seems to be true of film. 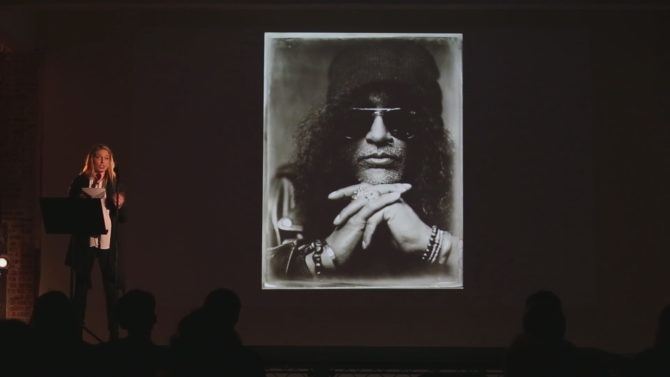 Manufactures worked for decades to eliminate flare, light leaks, chromatic aberration and other issues. Their customers would complain every time a new lens came out with a bit of edge softness or vignetting. Now, you can add them back to your “perfect” digital shots with the click of an icon in Instagram.

Victoria even jokes in the video that people have said to her “what’s the big deal? I can do that in my iPhone”.

It always struck me as amusing when people would spent a fortune on gear to then make their photos look like they were shot on a $50 point & shoot. I suppose all the fashions cycle back around eventually, though. 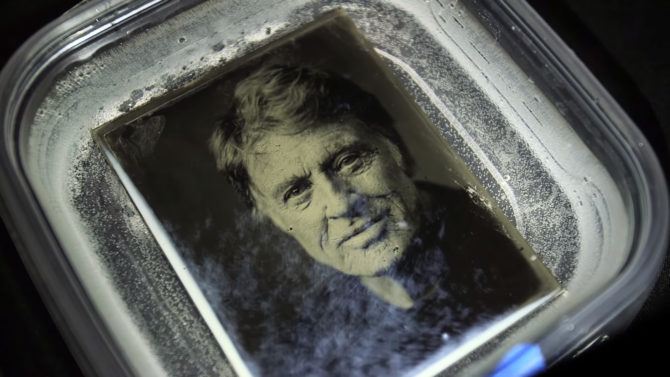 Tintypes aren’t a quick process, by any means. You need to do everything yourself from start to finish. You have to clean and prepare your plate, sensitise it (in the dark), shoot the picture, and then develop it.

With a sensitivity of about ISO1, you need a lot of light. So, this means powerful flashes or long exposure durations. Shooting large format also isn’t the most portable way to shoot, either.

To get that power, Victoria uses Profoto gear.  This gives power and control she needs in the studio to get the photographs she wants.

The more I read about wet plate, the more I want to do it. Some will think I’m just jumping on the bandwagon, but it’s fascinating.

There’s something about showing up to photograph somebody with a stack of components and chemicals, then leaving with an image. It’s not something I’d want to do all the time. It would be nice to always have the option available to me, though.

Do you shoot wet plate? Is it something you’ve thought about? Tried it and hate it? Let us know in the comments.