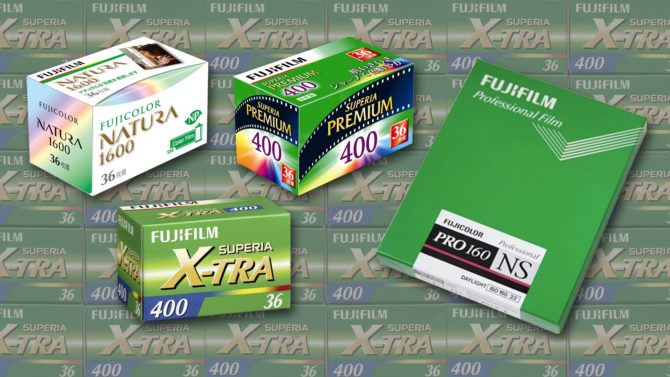 It almost feels like Fujifilm want to forget that part of their name includes the word “film”. They seem to be doing everything they can to kill it off in the last couple of years. Last year, they discontinued several much loved film stocks and hiked the price up on the rest. At the beginning of 2016, they increased the price again and killed off FP-100C.

Now, Fujifilm Japan announce that more film multipacks and large format stocks are to be discontinued. If my translation of Google’s translation is correct, it seems there is simply just a lack of demand.

It’s important to note, however, that this film isn’t going to completely cease production, at least not the 35mm stocks. They will still be available as single rolls, and triple packs in some cases. They will obviously end up significantly more expensive than buying the larger multipacks.

Shipments for these packs will end in December 2016.

Large format photographers are going to be hit hardest as their film is actually being discontinued.

Fuji suggest no alternative for large format shooters. This appears to be Fuji completely bowing out of the colour negative sheet film world. 8×10 is set to end shipping in August (this month), and 4×5 in September. If you shoot Pro 160 NS, I’d stock up now on as much as you can. It will only get more expensive as existing supplies dwindle.

It is a shame, but it’s not really a complete surprise. Colour negative film is a pain to develop yourself. It’s also quite expensive for many of the DIY developing kits (there are exceptions), but not as expensive as having a lab do it.

I’d shoot colour myself if developing kits were more readily available and less expensive where I am. As it is, they’re not, so I shoot black and white. Fortunately, Ilford don’t seem to be going anywhere.

Are you a large format shooter that uses Pro 160 NS? What will you use now instead? Will the smaller packs of 35mm and increased cost put you off and make you look at other films? Or will you stick with them? Let us know in the comments.